A rescue team lifts injured passengers from the crashed army helicopter in Thepha district of Songkhla on Friday morning. The 4th Army commander was among those injured, but has only minor injuries, a spokesman said. (Photo supplied/ Wassana Nanuam)

The commander of the 4th Army Region and six other soldiers were injured when an army helicopter crashed into a tree during an emergency landing in Thepha district of Songkhla on Friday morning.

The pilot made an emergency landing in Thepha. As the helicopter landed it hit a tree.

The helicopter was carrying the 4th army commander, two pilots, two technicians, another soldier and a photographer, the spokesman said.

All seven on board were injured and were taken to Thepha Hospital. A helicopter was being sent to transfer them to Songklanagarind Hospital, Col Pramote said.

However, an army spokesman in Bangkok said later that the southern army chief suffered a fractured pelvis.

Army spokesman Gen Santipong Thampiya said the helicopter developed engine trouble while flying over Wang Yai about 9am. The 4th Army commander was on an official trip to inspect border provinces, spokesman said.

Col Sirichan Ngathong, army deputy spokeswoman,  said on Friday aftrernoon that all seven who were injured were now in a safe condition.

She thanked the residents of tambon Wang Yai for their immediate help in moving the injured from the helicopter, and monks, local officials and rescuers for joining in the rescue and providing cutting equipment to release people trapped in the wreckage.

Army commander-in-chief Gen Narongphan Jitkaewthae had expressed his concern for the well-being of the injured and instructed the 4th Army to take the best care of them and notify their relatives.

The 4th Army would take note of the damage caused to local residents property by the crash landing, the spokeswoman said.

The Black Hawk has been in service for 17 years. An inquiry has been set up into the cause of the crash. 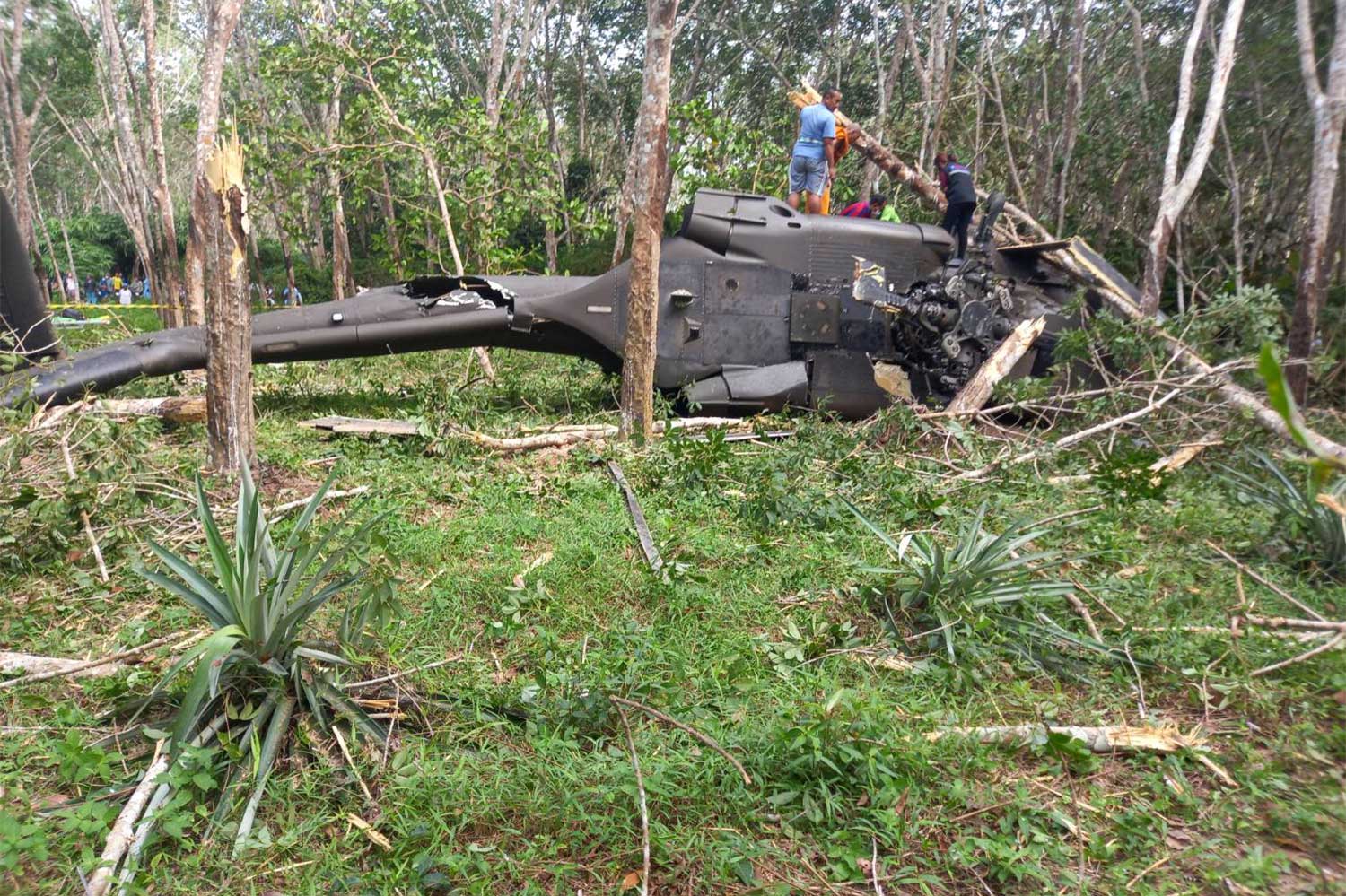