The symptoms on the face of the Nigerian monkeypox patient are displayed on a slide during a media briefing in Phuket on Friday. (Photo: Achadtaya Chuenniran)

Public Health Minister Anutin Charnvirakul has indicated there are no plans for Thailand to seek the return of the Nigerian monkeypox patient from Cambodia.

Mr Anutin said on Sunday he expected the patient to receive treatment in Cambodia. "It's good to see him treated there," he said, adding he expected his condition would improve.

The patient is being treated at the Khmer-Soviet Friendship Hospital in Phnom Phen, according to the Khmer Times.

He was not at his condominium at Patong beach in Kathu district of Phuket on Monday when health personnel went to take him to Vachira Phuket Hospital for treatment following the first lab test result.

The patient crossed the border in Sa Kaeo to Cambodia on Friday and was arrested at a market in Phnom Penh on Saturday.

He could be charged with overstaying in Thailand if authorities wanted Cambodia to hand him over. He entered Thailand on Oct 21 and stayed at Patong beach. 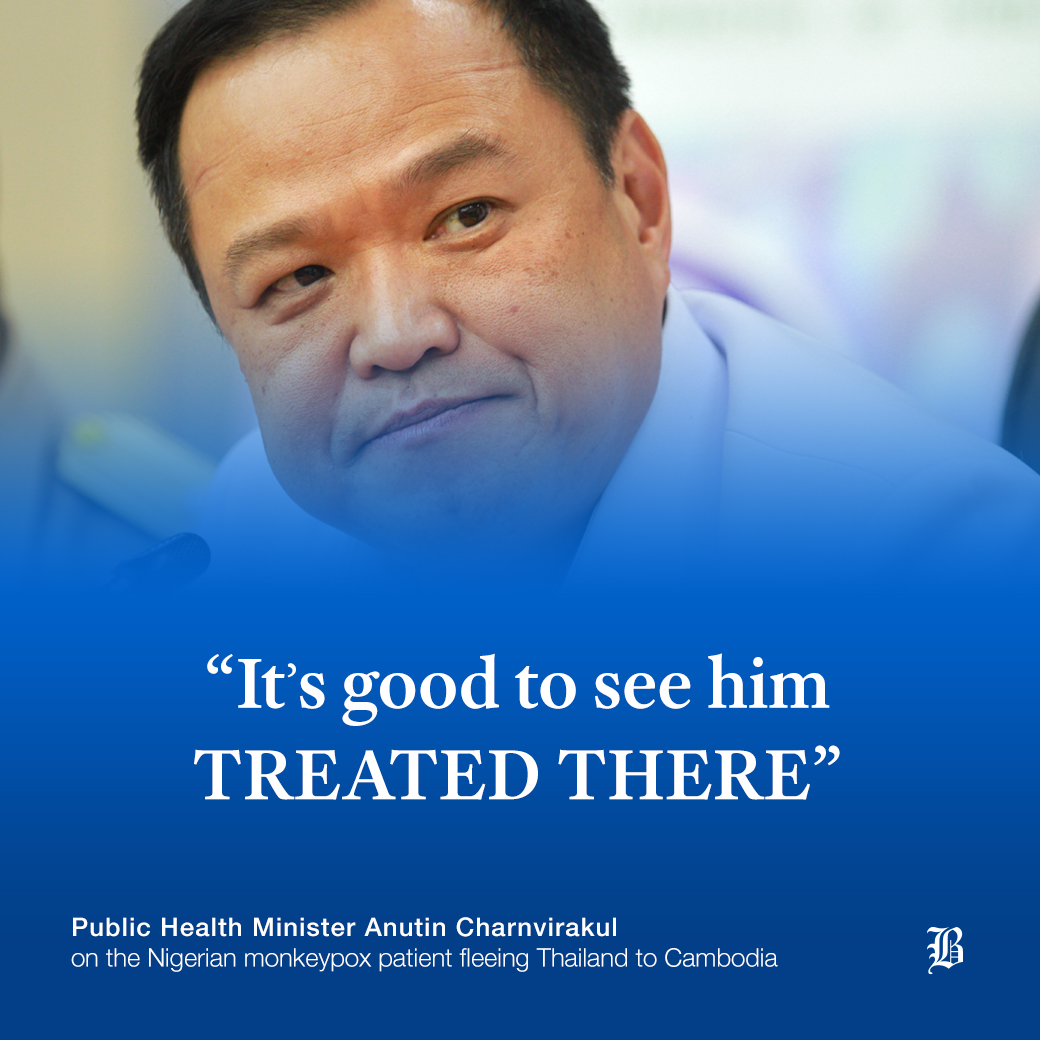 The Khmer Times on Sunday said Cambodian authorities urged people in direct contact with him to conduct self-isolation to prevent a possible spread of monkeypox in families. They should contact authorities immediately if they showed symptoms.

In Phuket, provincial public health chief Dr Kusak Kukiatkul said 19 people were considered a high-risk group due to their close contact with the patient.

Health officials were waiting for lab tests from 17 of them, while tests on two people were negative, he added.