KANCHANABURI: Forty-three illegal migrants from Myanmar on board four vehicles and two drivers were arrested in Sangkhla Buri district on Wednesday morning. Two other drivers managed to flee.

Village defence volunteers led by Saman Phimphila, kamnan of tambon Prangpae in Sangkhla Buri district, were dispatched to a route between Sangkhla Buri and Thong Pha Phum district at around 5am following a tip-off that four vehicles were being used to smuggle illegal migrants along this route.

The local leader also alerted police and soldiers from the Lat Ya Task Force to set up road checkpoints to intercept the vehicles. However, no vehicles transporting migrants were found.

At around 6am, the team of police and soldiers went to Wat Lijia in Sangkhla Buri district after receiving information that smugglers often used the temple as a venue to change vehicles used to smuggle illegal migrant workers. The team found two cars and two pickup trucks parked near the funeral pyre.

Upon seeing the officers, three drivers jumped out of their vehicles and fled. One driver had fallen asleep and was arrested; he was identified later as Miew, 26, a Myanmar national living in Muang district of Kanchanaburi.

The arresting team found 12 people – six men and six women – in a Honda Accord with Bangkok licence plates.

Mr Miew told the arresting team that he had been hired for 4,000 baht per trip to transport illegal migrants to Tha Maka district of the western province. 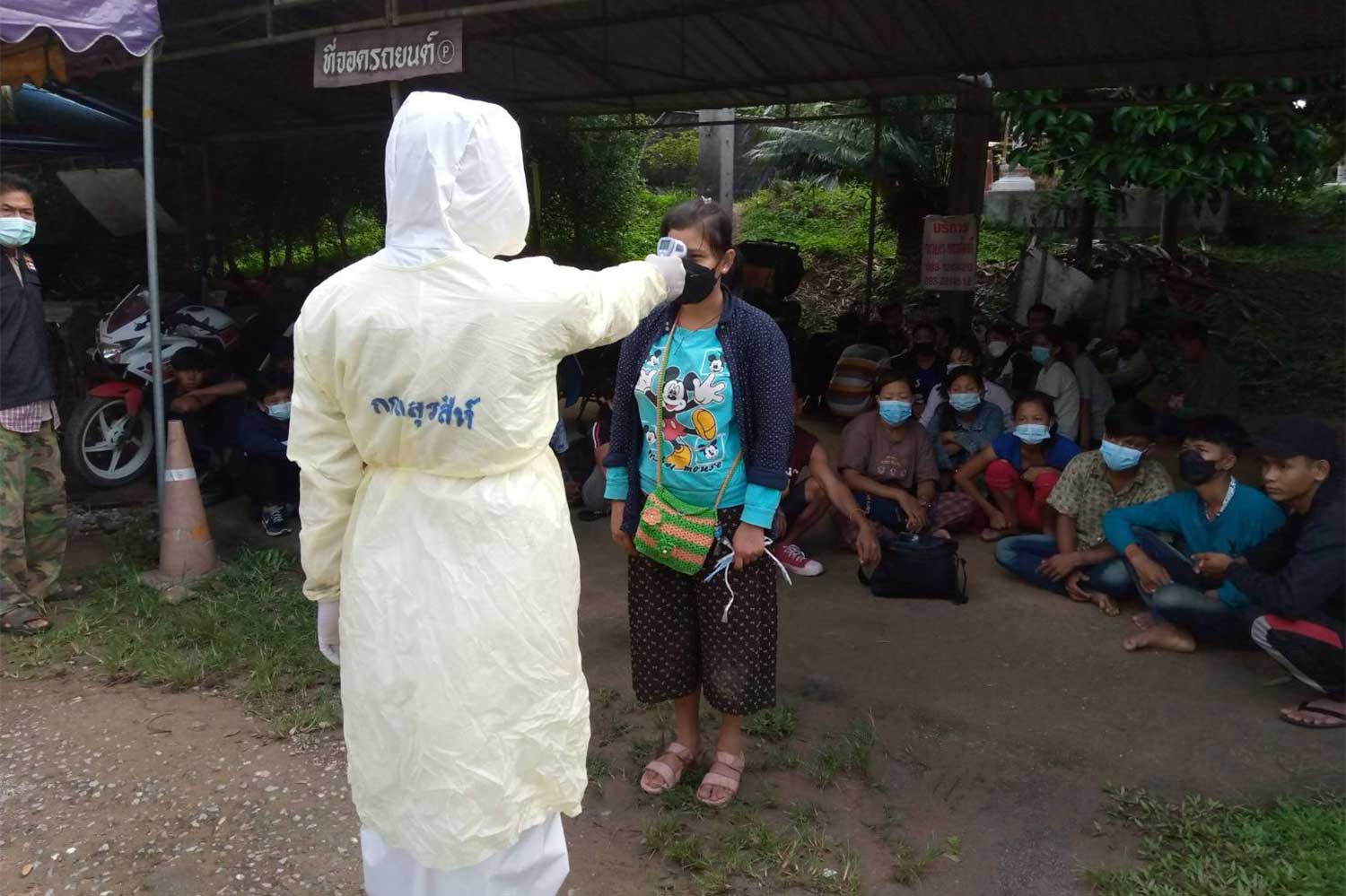 On the same day, the arresting team managed to arrest another driver, identified only as Witsanu, near Lijia brook along Highway 323 in Sangkhla Buri.

Mr Witsanu admitted to being the driver of the Honda car. He said he had been hired for 5,000 baht to transport migrants from Lijia border village to Tha Maka district. He said he did not know who owned the car, and said this was the second time he had made the trip. Authorities were looking for two other drivers who fled.

During questioning, the migrants said they had travelled from Payatongsu, a border town opposite Sangkhla Buri district, on foot, on boats and in vehicles since Aug 1. They had paid 15,000-30,000 baht each to job brokers for work in Samut Sakhon, Rayong and Kanchanaburi.