The serial number of the woman’s silicone breast implants and the man’s fingerprint had helped with the identification of the victims.

Following a meeting of investigation teams in Nakhon Ratchasima on Thursday to follow up on the case, Pol Gen Suchart Teerasawat, the deputy national police chief, told investigators to check the implants' serial number against a manufacturer database.

After the investigators found that the implant was sent to Vietnam, they later coordinated with the Vietnamese embassy in Bangkok to help examine the woman’s fingerprints. The results matched with that of a 33-year-old Vietnamese woman named Nguyen Thi Van.

Police also checked the man’s fingerprints, and the results showed that the body belonged to Anabon Chka Hen, a 38-year-old man from Nigeria.

With this information, police are investigating to determine what led to the murder of the two people. 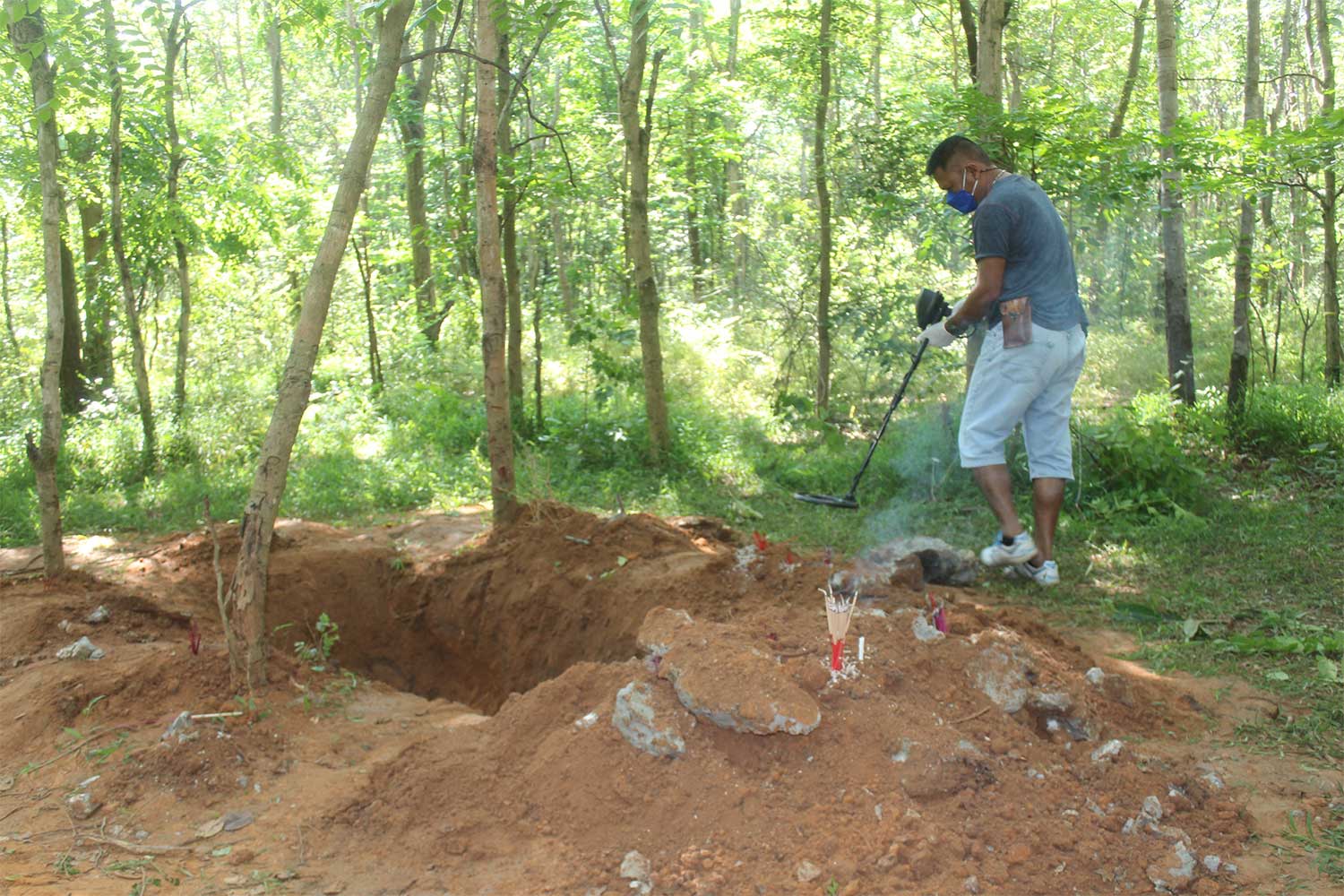 An official gathers evidence at a fresh grave where the bodies of a man and a woman are found buried in Nakhon Ratchasima on July 28. (Photo: Prasit Tangprasert)

In the evening of July 28, a mushroom collector found the two bodies after noticing a fresh pile of earth covered with branches at a community forest in tambon Thung Arun in Chok Chai district, about 500 metres off Highway 224. Their bodies were naked and covered with a layer of cement.

Police were hoping that the tattoos and microchips in the silicone breast implants would help them identify the murdered woman, initially reported as a Thai.

Officers have also recovered some cartridges and bullets less than two metres from the grave where the bodies were found.