Bulbuls crammed into plastic baskets for delivery to buyers in Phatthalung

Red-whiskered bulbuls, a protected species, are moved from crammed baskets to a cage after they were left abandoned at a roadside pavilion in Muang district of Phatthalung province. (Photo: Assawin Pakkawan)

PHATTHALUNG: A total of 400 smuggled red-whiskered bulbuls were rescued after the protected wild birds, crammed into five baskets, were abandoned by smugglers in Muang district on Friday morning.

Police officers from the Natural Resources and Environmental Crime Suppression Division hid near the Chalerm Prakiat bus station around 6am after receiving information that protected wild animals would be arriving from the North via an interprovincial bus on the Bangkok-Hat Yai route.

However, there were no signs of the shipment after officers had waited for two hours.

They later learned that the smugglers had taken five plastic baskets containing red-whiskered bulbuls — called nok parawd hua khoan or nok krong hua juk in Thai — to a roadside pavilion in tambon Tha Khae, about six kilometres away from the bus terminal.

Officers went there to wait for someone to pick up the baskets. But nobody showed up to claim ownership for fear of being arrested, said Pol Sub Lt Theeratchakit Kaewkhao, head of the police team.

The officers then seized the baskets containing 400 protected birds. Some bananas and oranges were found inside. The birds were transferred from the crammed baskets to large cages. Officers are now hunting down those involved in the smuggling.

Pol Sub Lt Theeratchakit said the protected birds were sold for 300 to 500 baht each and were popular with bird raisers in Phatthalung.

Wild birds are frequently offered for sale on Facebook and police had to pose as buyers to arrest the traders, he said. 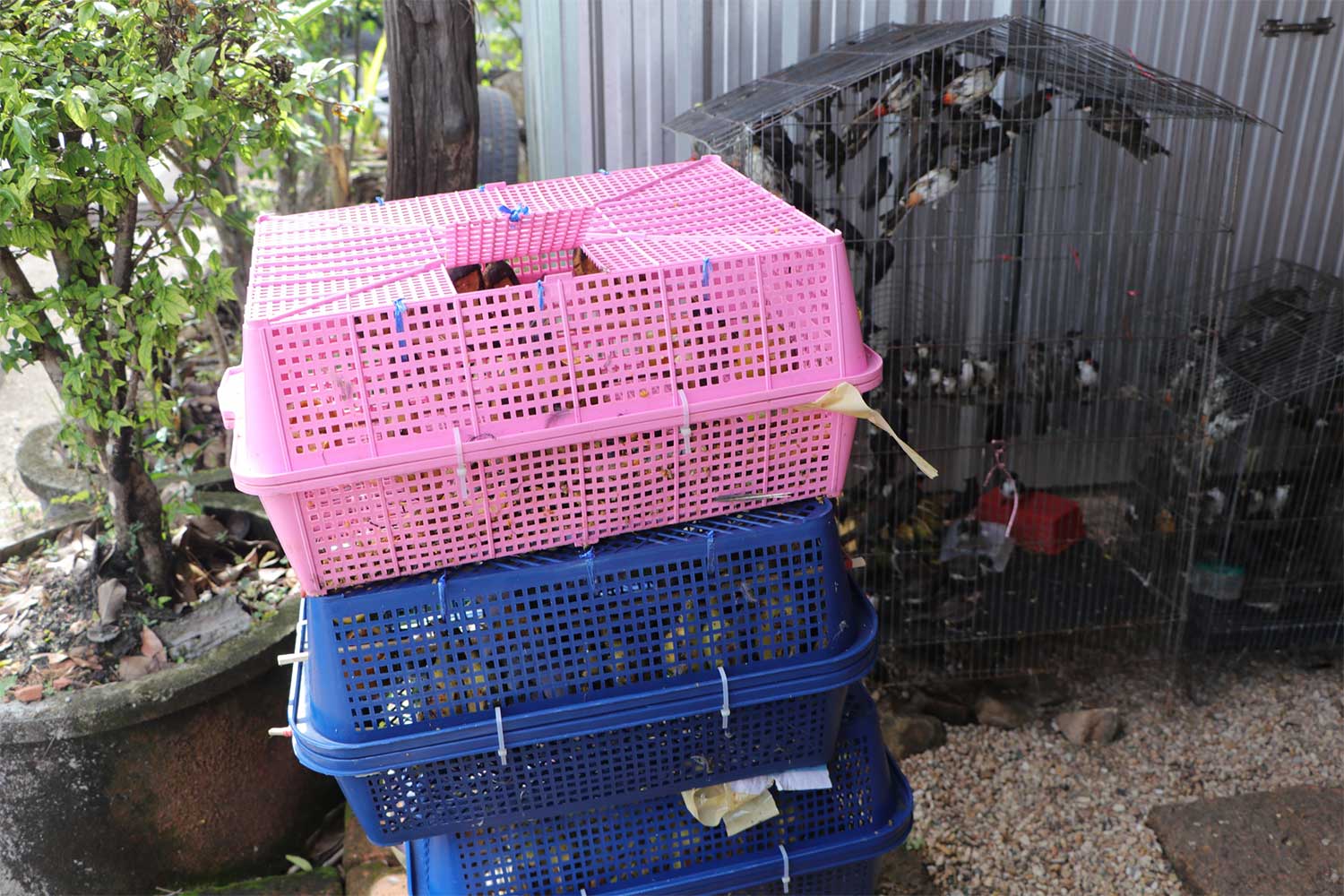