Intarasak Techaterasiri, aka "Boy Unity", is taken to the Crime Suppression Division in Bangkok on Friday. (Photo supplied)

Police on Friday arrested a car importer who had jumped bail five years ago after being sentenced for dodging tariffs on imported luxury cars.

Intarasak, 38, was a director of STT Auto Service Co which had showrooms in the Sukhumvit and Ratchadaphisek areas.

He was convicted in 2017 of evading tariffs on imported cars, some of which were declared with unrealistically low prices.

He also imported reassembled cars and sold them to celebrities in show business and politics but the customers could not have them registered with the Land Transport Department.

Intarasak was arrested in June 2017 and brought to the Criminal Court. The court granted him bail but he later skipped it.

The Supreme Court had sentenced him to four years in jail on the tax-evasion charges and a warrant for his arrest was issued on July 5 this year.

His showrooms were raided in May 2017 after officials launched raids to suppress tax evasion. The action resulted from investigation into a fire that destroyed four luxury cars on a transporter in Nakhon Ratchasima in 2013. Forensic officers at the Department of Special Investigation inspect one of four luxury cars that caught fire while being transported in Nakhon Ratchasima in 2013. The case led to the arrest and conviction of importer Intarasak Techaterasiri on tax-evasion charges. (Post File Photo) 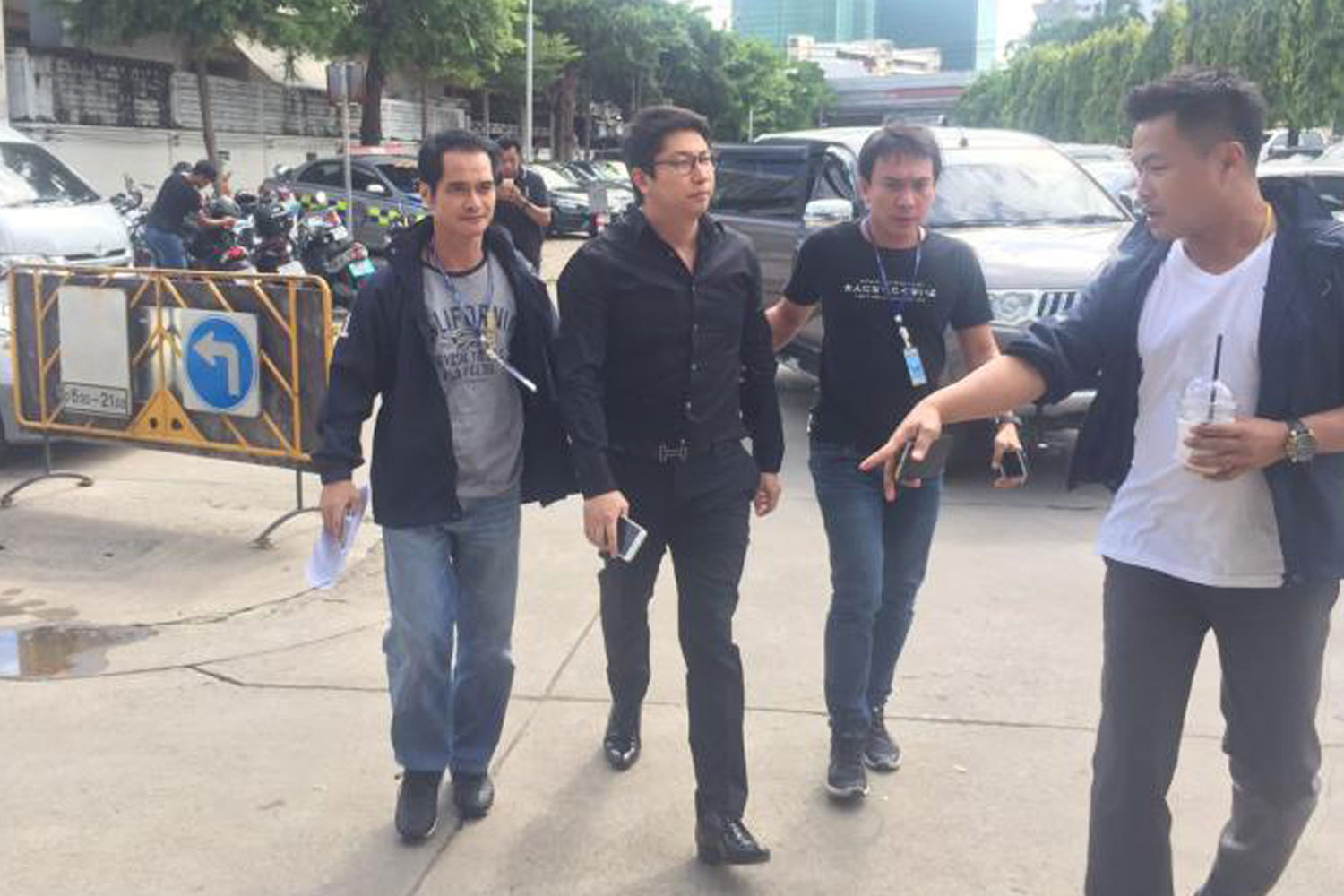