NAKHON SI THAMMARAT: More than 300 illegal fishing traps were seized in Pak Phanang Bay in this southern province on Saturday, raising concerns about the depletion of marine resources.

Officials from the provincial Fisheries Office and the Maritime Enforcement Command Centre began a patrol in the bay around midnight and saw many illegal traps, called ai ngo by local residents, in the waters between Pak Phanang and Muang districts.

During a five-hour operation that lasted until 5am on Saturday, the team seized more than 300 of the collapsible traps, which are classified as destructive fishing gear. Two longtailed boats were used to take the traps to shore.

Many immature fish, shrimp, shellfish, crabs and squid were found in the traps and released back into the sea.

Pornsak Sakthani, chief of the Nakhon Si Thammarat fisheries office, raised concerns over resource depletion as the use of destructive fishing gear was once again rampant in the bay.

Pak Phanang had once been considered a model for marine life recovery, and as recently as three years ago, fishery resources in the bay were abundant. Local fishermen were earning more income, and the number of illegal fishing boats had dropped to about 500, said Mr Pornsak.

However, the number of unlicensed fishing boats has since risen to 2,000 and many of them were fitted with illegal traps, he said. 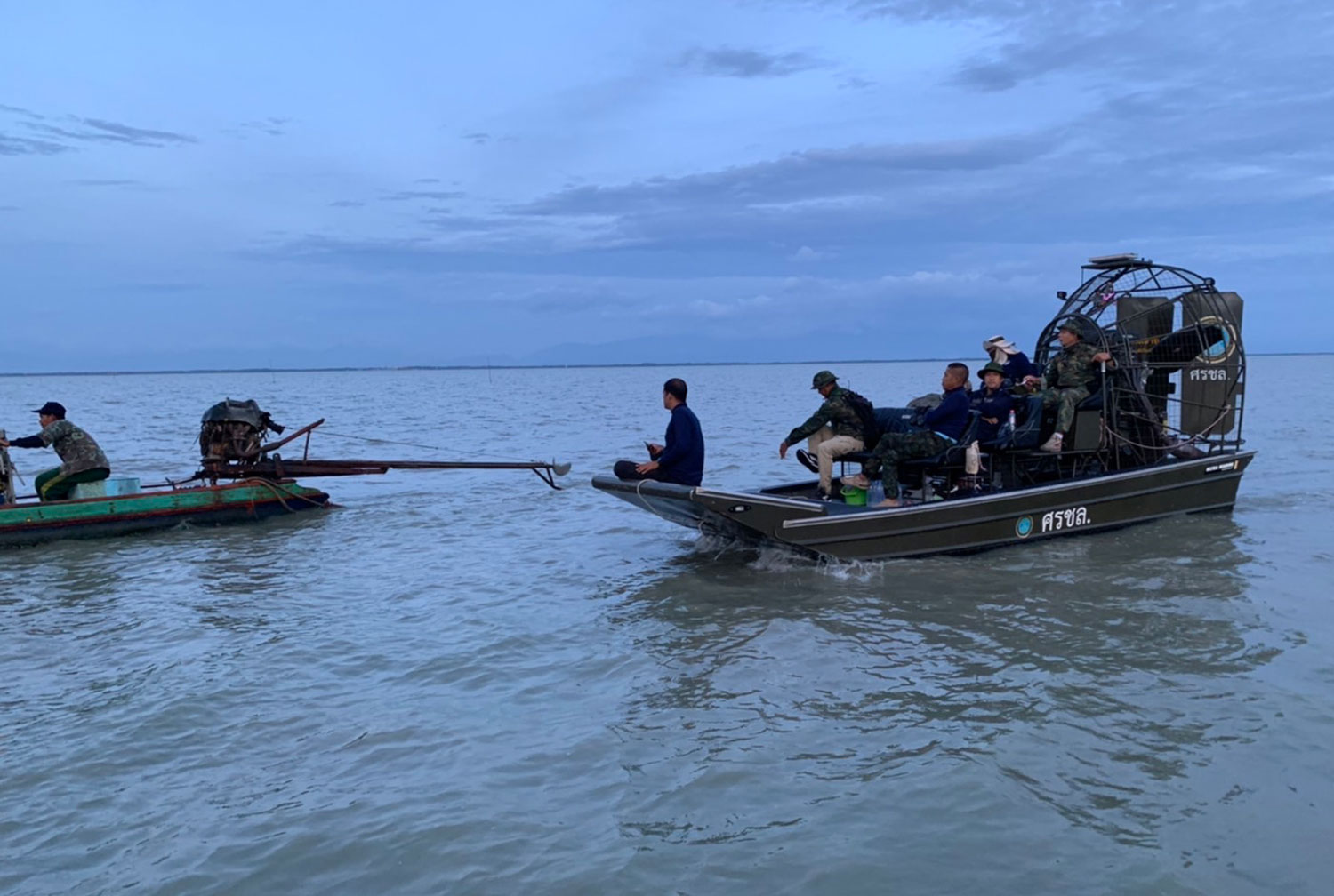