Ramai 'Danny' Moriphan, right, makes a wai to thank national police chief Suwat Jangyodsuk for the police's help in repatriating him from the United Wa State Army (UWSA) in Myanmar's Shan State. Ramai spoke tearfully during a press conference on Thursday at the police headquarters on Rama I Road in Bangkok's Pathumwan district. (Photo: Nutthawat Wicheanbut)

Police have decided to press charges against film director and fight choreographer Ramai "Danny" Moriphan, who was repatriated from Myanmar on Tuesday.

Ramai, 40, faces three charges from the Chiang Rai Provincial Police for illegally exiting the country, defying Section 9 of the Emergency Decree on Public Administration, and breaching Chiang Rai's instruction about the suspension of border travel.

Ramai admitted to illegally crossing the border in Mae Sai district via a natural channel to the town of Tachileik in Myanmar sometime around January. 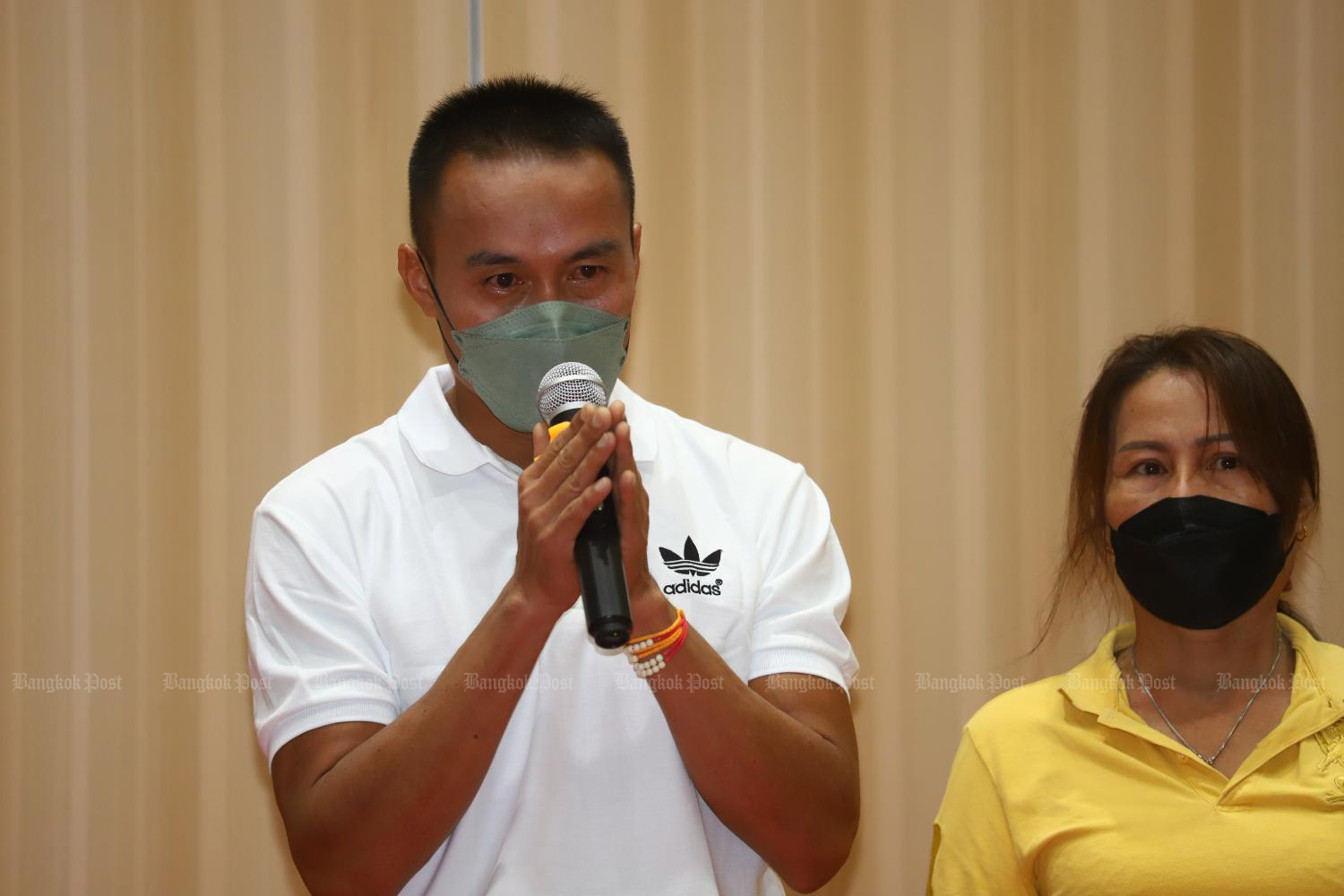 However he claimed he had been deceived by a man, known as Mr Chai, and others to cross without realising it was illegal, as he sought funds to produce a movie in Myanmar. He said he originally planned to stay in Tachileik for 10 months. But Mr Chai allegedly betrayed Ramai by sending him to the United Wa State Army (UWSA).

Ramai claims he was held captive for 215 days, with Mr Chai allegedly ordering his accomplices to photograph Ramai in handcuffs and demanding the director's family pay a ransom of 400,000 baht.

When his mother, Kham, filed a request with police to investigate her son's alleged abduction by the UWSA in Mong Tong township of Myanmar's Shan State, regional police in Chiang Rai were ordered to work on repatriating him.

On Tuesday, the Township Border Committee on the Tachileik-Mae Sai border collected him and sent him to the Chiang Rai Provincial Police for questioning.

A physical examination confirmed he had not been harmed -- a result that conflicted with the account given earlier by his family.

Ramai said Mr Chai is a Thai national who lives in Myanmar and has a business importing and exporting cars, as well as running an online gambling website.