More than 100,000 inmates serving time in jails nationwide will be released early or see their sentences reduced on Saturday under a royal decree to mark His Majesty the King's 70th birthday on July 28 and Her Majesty Queen Sirikit The Queen Mother's 90th birthday on Friday.

According to the decree published in the Royal Gazette on Friday, His Majesty the King has granted royal pardons on these two auspicious days to help inmates reintegrate into society as good citizens.

Ayuth Sintoppant, director-general of the Department of Corrections, said a total of 103,613 inmates are eligible for the royal pardons.

Of them, 80,791 will have their sentences reduced and continue to serve time in jail while the rest will be released early, he said.

He was also responding to reporters' questions about whether some high-profile inmates such as former commerce minister Boonsong Teriyapirom, former Democrat MP Thepthai Senpong and Pol Col Thitisan "Joe Ferrari" Utthanaphon are also eligible for the pardon.

Boonsong was sentenced to 48 years by the Supreme Court over bogus government-to-government rice deals.

In July, the Supreme Court upheld a two-year prison sentence and 10-year election ban for Thepthai for vote buying during a 2014 local government election.

The Central Criminal Court for Corruption and Misconduct initially gave him the death penalty on June 8 but commuted the sentence to life because he confessed to some charges.

Mr Ayuth said that the decree stipulates the criteria and conditions for those eligible for a royal pardon or reduced sentence.

Under the decree, those currently incarcerated are required to have served one-third of their sentence or a minimum of eight years, whichever occurs first, before they can be selected for consideration, Mr Ayuth said, adding that these inmates must also be categorised as "excellent, very good, and good" to qualify.

Those who were formerly sentenced to death but later had those sentences commuted to life in prison, but have still only served less than 15 years, are not eligible for a royal pardon, Mr Ayuth said.

Drug offenders sentenced to more than eight in jail or life after the decree takes effect, and repeat offenders and "intermediate-grade" prisoners are also not eligible to receive the dispensation, Mr Ayuth said.

"As for those high-profile inmates mentioned above, they are not eligible based on the conditions specified in the royal decree," Mr Ayuth said.

Mr Ayuth said the Department of Corrections has been working with other state agencies and the private sector to rehabilitate prisoners, provide them with education and career training to prepare them for life after their release.

Before their release, inmates will take part in a training programme initiated by His Majesty the King, known as Khok Nong Na: Kindness and Hope, said Mr Ayuth.

The project is an agricultural model based on the New Theory of Agriculture and the Sufficiency Economy philosophy made known by His Majesty King Bhumibol Adulyadej The Great.

Senator Somchai Sawangkarn posted on Facebook on Friday, welcoming the toughened criteria for royal pardons which were recommended by a special committee recently.

Set up at the behest of Prime Minister Prayut Chan-o-cha, and headed by Khemchai Chutiwong, a former attorney-general and chair of the committee on national reform in justice affairs, the review was a reaction to controversy over a number of high-profile inclusions on the list of inmates to have recently had their terms reduced by royal pardon.

The department came under fire last year when it revealed that five high-profile figures in corruption cases including Boonsong had received substantial reductions to their sentences. 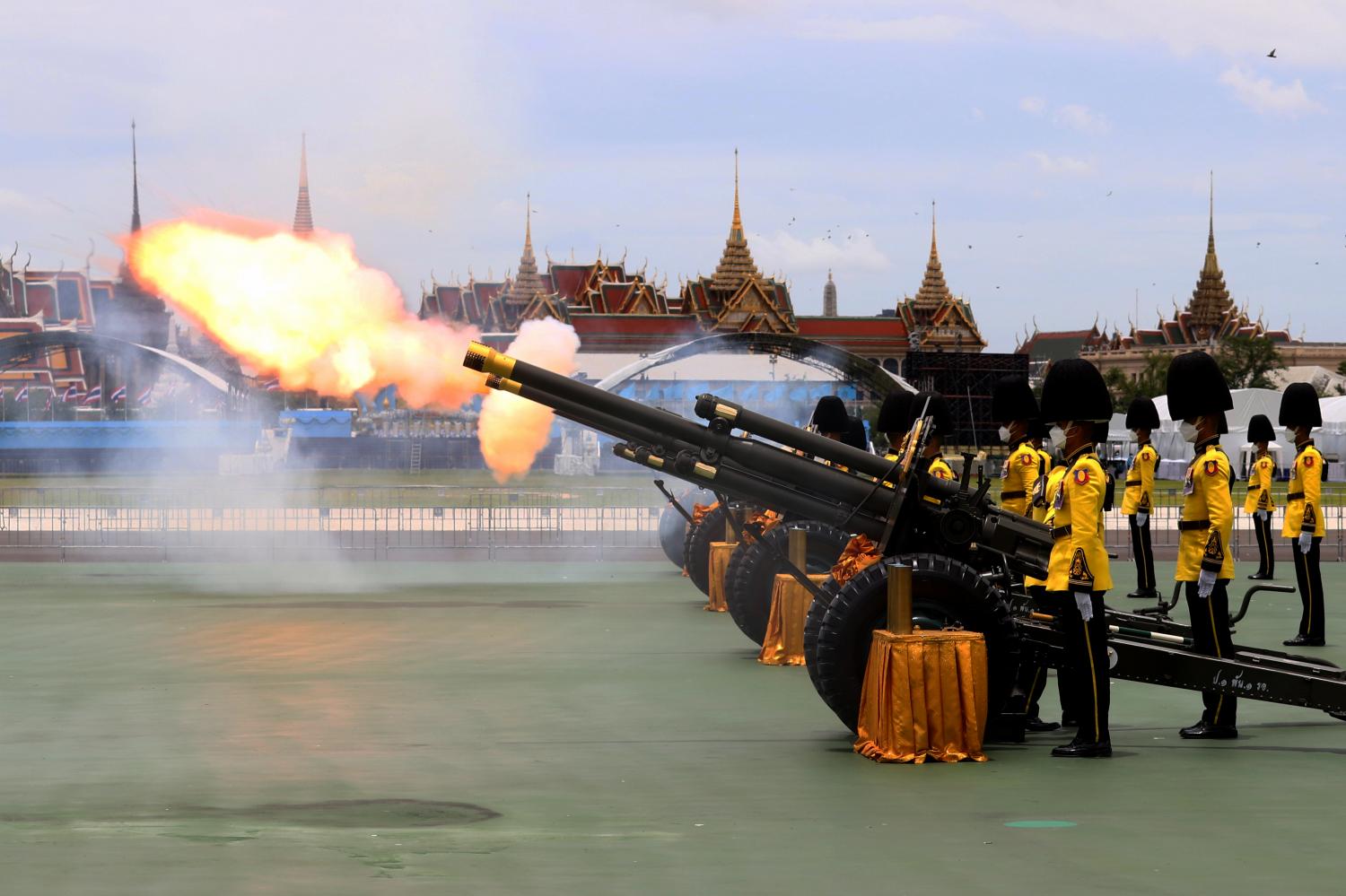