Police question six alleged members of the 888Point (Eaddy) gambling network after they were arrested in Bangkok. (Photo: Wassayos Ngamkham)

Police have arrested six people accused of being part of an online gambling network and seized cash and other assets worth about 46 million baht.

Seized were cash in US dollar banknotes worth about 8 million baht, coins worth 194,000 baht, bank accounts containing 25.5 million baht, 104 computers and mobile phones and other items, for a combined total of about 35 million baht.

The six suspects have been charged with colluding in operating gambling and money laundering. 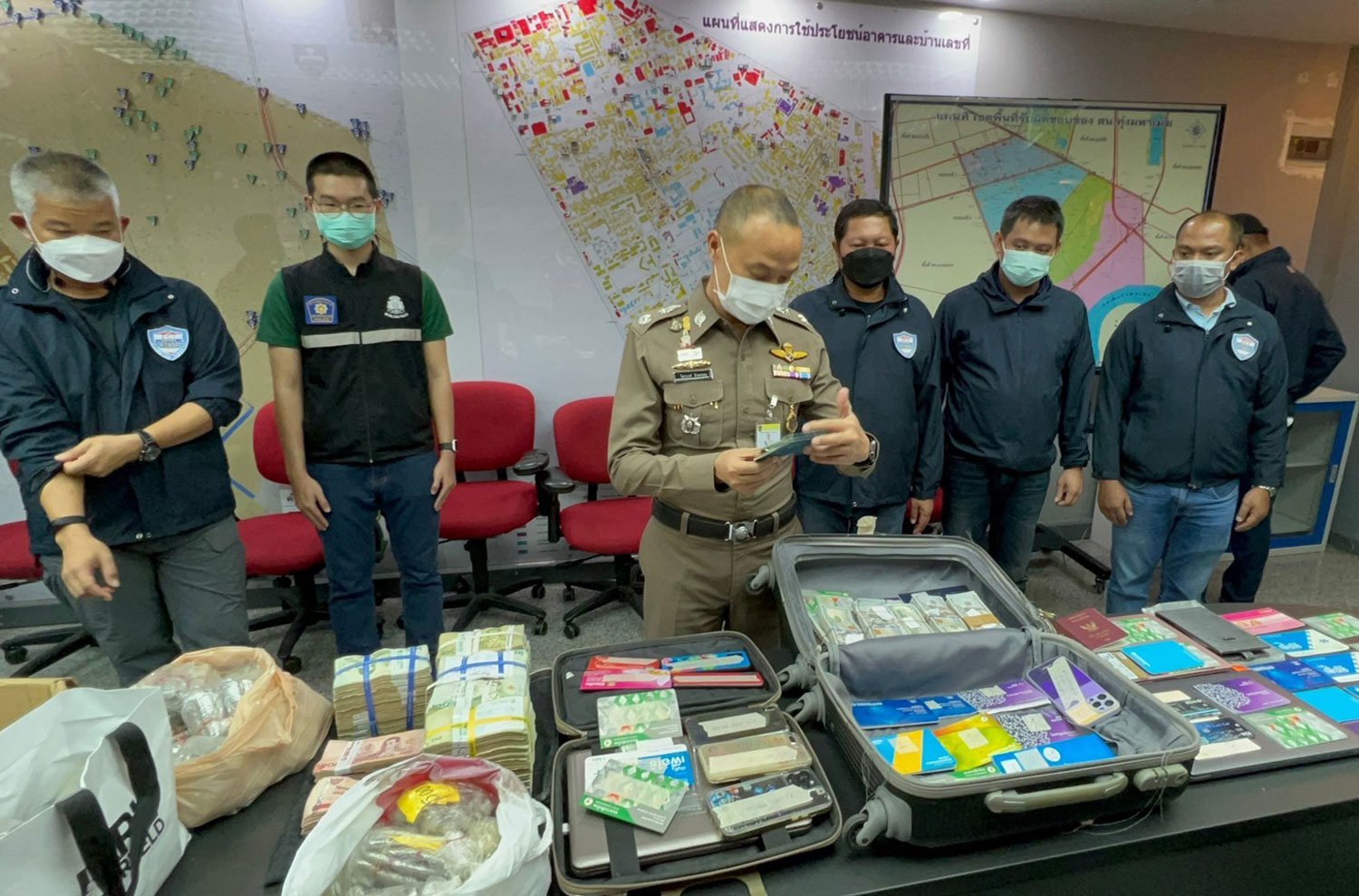