An exhibition featuring Her Majesty Queen Sirikit The Queen Mother's contributions to the local handicrafts industry will be on display until Oct 10 in honour of Her Majesty's 90th birthday on Friday. 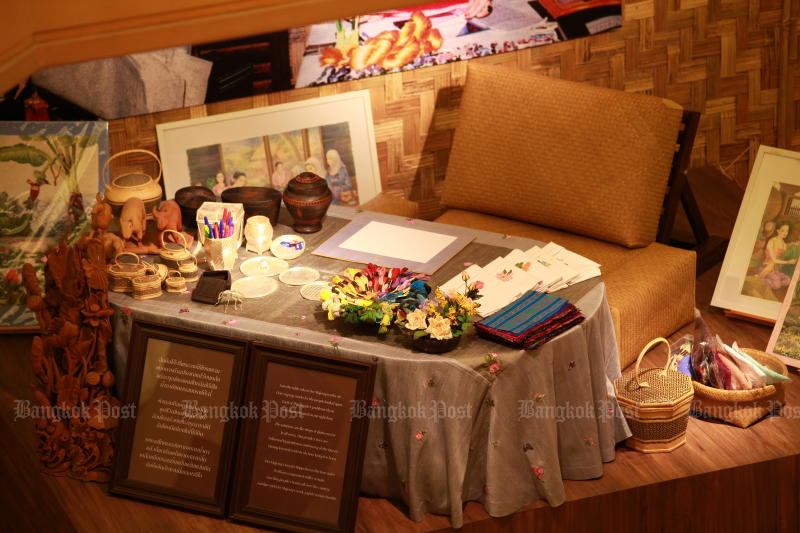 Jointly organised by the Silpacheep Section of the Support Foundation of Her Majesty Queen Sirikit and the True Visions Group, the event is running under the theme of "Devotion to Works of Arts".

The entrance fee is 50 baht per person.

In addition, the exhibition displays weaving masterpieces and offers basketry weaving demonstrations. Handicrafts made by locals are put on sale at a gallery on Ratchadamnoen Klang Avenue.

Thanpuying Pharani Mahanonda, who presided over the exhibition, said the Silpacheep Section of the Support Foundation of Her Majesty Queen Sirikit has been supporting local basketry weaving knowledge for more than five decades.

The foundation has been buying a wide range of locally-made products from residents for distribution through its channels, she said. 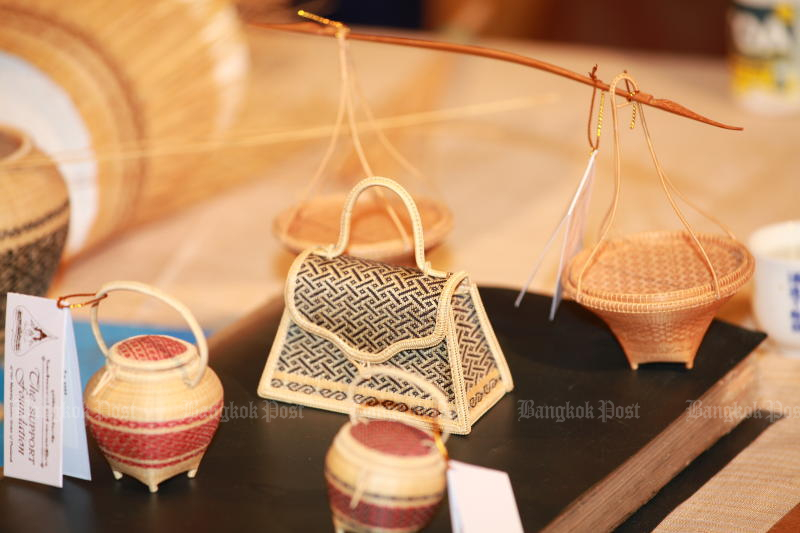 Furthermore, it has been providing training using locally available materials to help boost the income of locals, she said.

Thanpuying Pharani said that the Queen Mother in the past surveyed locally-made products during her visits to remote areas across the kingdom with His Majesty King Bhumibol Adulyadej The Great.

The Queen Mother found that these products were very unique and made with intricate pattern designs, Thanpuying Pharani said.

"Her Majesty Queen Sirikit The Queen Mother, has given advice to local residents about how to make their products more attractive to buyers," she said. 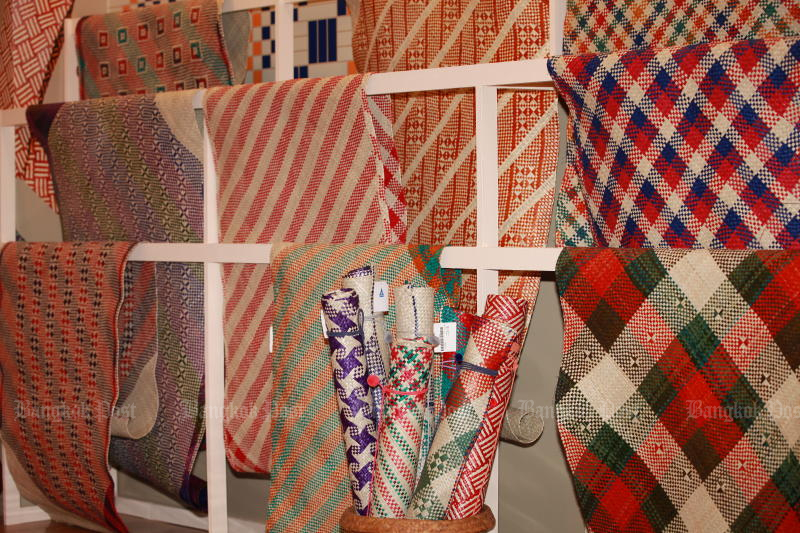