The opposition has filed a petition for a Constitutional Court ruling on when Prime Minister Prayut Chan-o-cha’s eight-year term in office began and ends.

The opposition also warned Gen Prayut not to resort to a House dissolution before his term expires, saying it may cause a political vacuum.

The opposition argues that Gen Prayut's eight-year tenure ends on Aug 24. The government says he has  two more years.

In the petition, the opposition asked the court to issue a temporary injunction suspending Gen Prayut from performing his duties pending the court’s deliberation on his eight-year limit, submitting that an injunction would prevent any damage that may occur.

The opposition expressed confidence that the court would take into consideration facts and legal aspects relating to the tenure dispute, particularly the constitution’s intention to limit tenure and prevent a monopoly and succession of power that would lead to conflict in society.

There was no reason for a dissolution on Aug 22, as was being speculated, except an attempt to prolong power. Doing so would provoke strong opposition from the people and this would lead to a political vacuum, he warned.

If Gen Prayut decided to dissolve the House, there would be no law on elections. The election law was now in the process of being forwarded for royal endorsement, he said. He hoped Gen Prayut would not decide on a dissolution.

If the court ruled that the prime minister could not remain in power as he had completed his eight-year term, as stipulated by the constitution, Gen Prayut and his cabinet ministers could stay on in a caretaker role.

The parliament president said the opposition’s petition had the support stipulated by the law.  The parliament would accept it for examination before forwarding it to the court in a day or two, Mr Chuan said.

Gen Prayut remains tight-lipped about the opposition's move to seek a Constitutional Court ruling on his tenure. He has also refused to comment on whether he might dissolve the House before the end of his tenure. 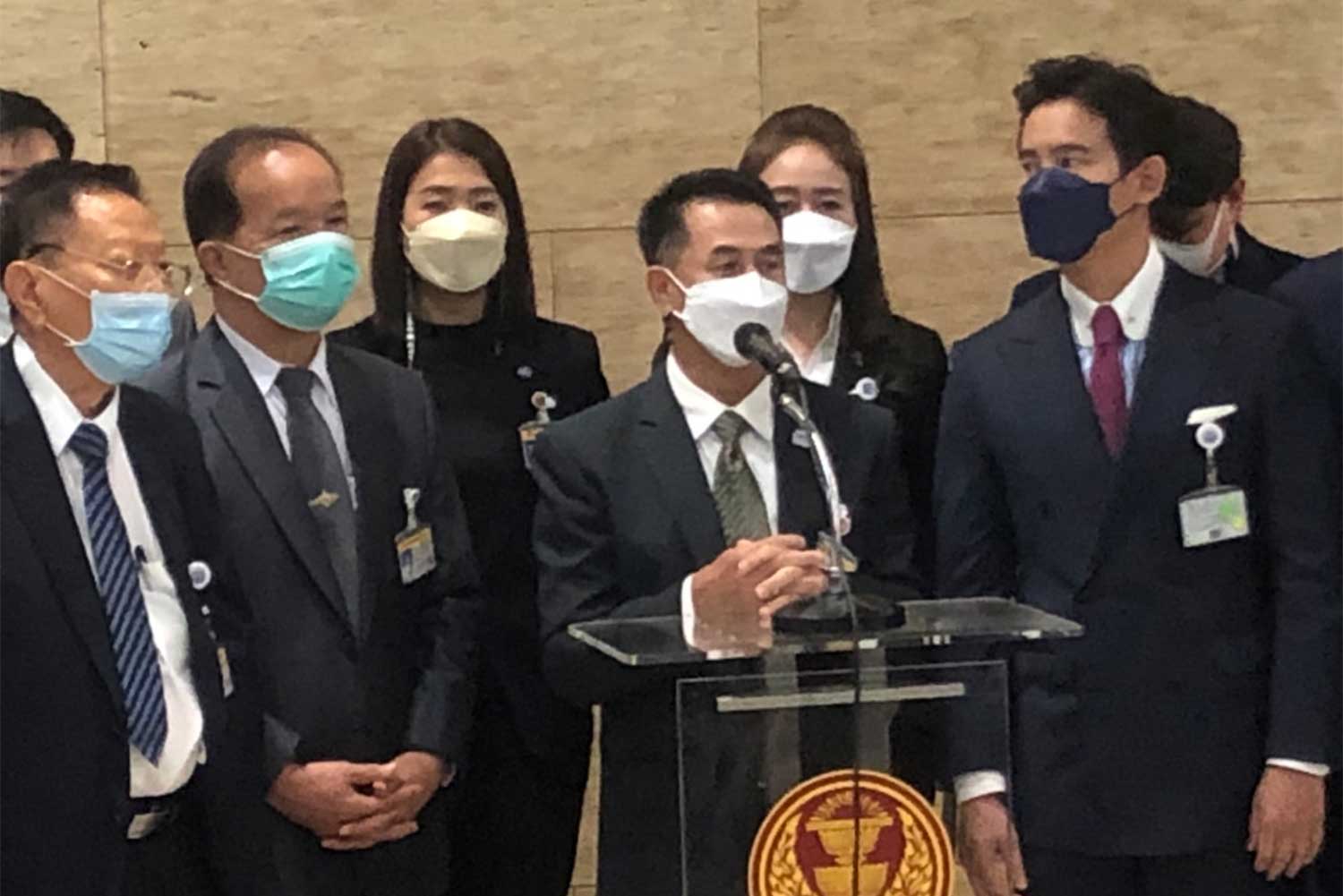