Many vehicles stalled on the heavily-flooded Mittraphap highway near kilometre marker 302 in Khon Kaen's Ban Phai district on Wednesday. Large water pumps were being used to drain the water into the Chi river. (Photo: Chakrapan Natanri)

KHON KAEN: A one-kilometre section of the Mittraphap highway in Ban Phai district was heavily flooded on Wednesday, causing many vehicles to stall in the deep water.

The flooding began in the morning and affected both the north- and south-bound sides of the highway. It was centered around kilometre marker 302 at Ban Nong Kung in tambon Ban Phai.

Promlert Prommat, chief of the provincial disaster prevention and mitigation office, said about 45 houses on both sides of the highway were flooded.

The water was about 70 centimetres deep in places. It was too deep for many vehicles, especially family cars, and their engines stalled, blocking lanes on both sides of the highway.

Police from Ban Phai redirected approaching vehicles to a by-pass to avoid the flooded section.

On Wednesday afternoon, the water level had fallen only a little.

Following a meeting of officials from the provincial irrigation, highway and disaster prevention and mitigation offices, large water pumps were installed on the roadside to drain the water into Huay Sai stream and the Chi river.

It was expected the highway would be passable to all vehicles late in the afternoon. 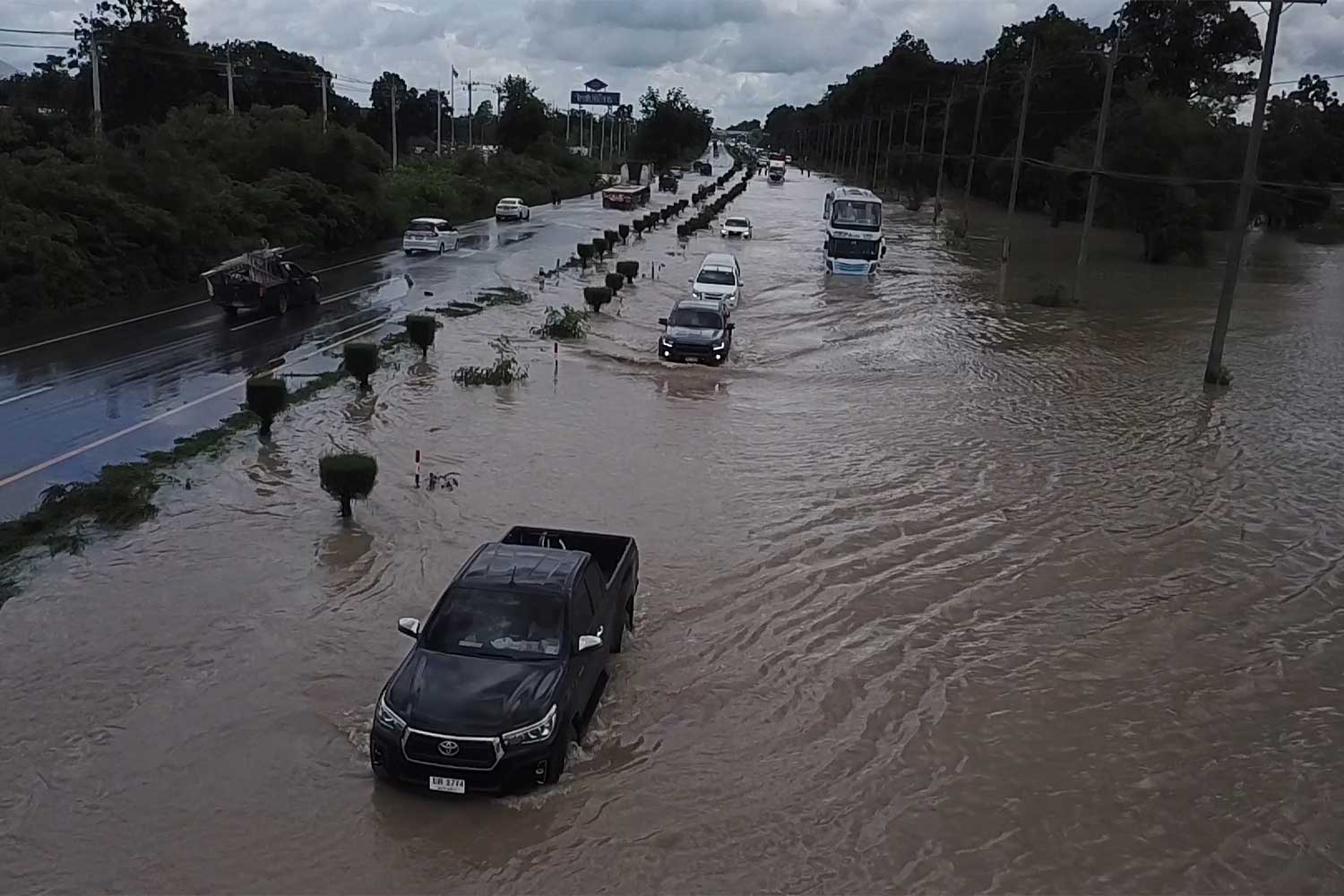 Varawut Silpa-archa was elected leader of the Chartthaipattana Party on Monday and immediately set a target for his party to win 30 seats in the House of Representatives at the coming general election.