The fatal crash occurred on Asian Highway 41 in tambon Na Mor Boon of Chulabhorn district about 11am.

Pol Capt Pradthana Mekchai, deputy chief investigator at Chulabhorn, said emergency responders reported the white Isuzu pickup truck with Ratchaburi licence plates was bent in two and lying upside down on the side of the road.

Three people were dead and five others seriously injured. They were all Myanmar nationals. The injured were rushed to a hospital. Passengers with lesser injuries fled into a nearby plantation before police arrived. Some were later caught. The driver, a Thai man, fled.

Pol Capt Pradthana said the truck had picked up 33 migrant workers from Myanmar in Ranong province. They were crammed in the bed of the vehicle, covered with a tarpaulin.

The truck was travelling at high speed, taking the workers to the southern border.

The right rear tyre burst and the driver lost control of his vehicle. It careered into a roadside tree and overturned.

Police were still looking for the driver, and the remaining passengers. It was not initially confirmed they had entered the country illegally. 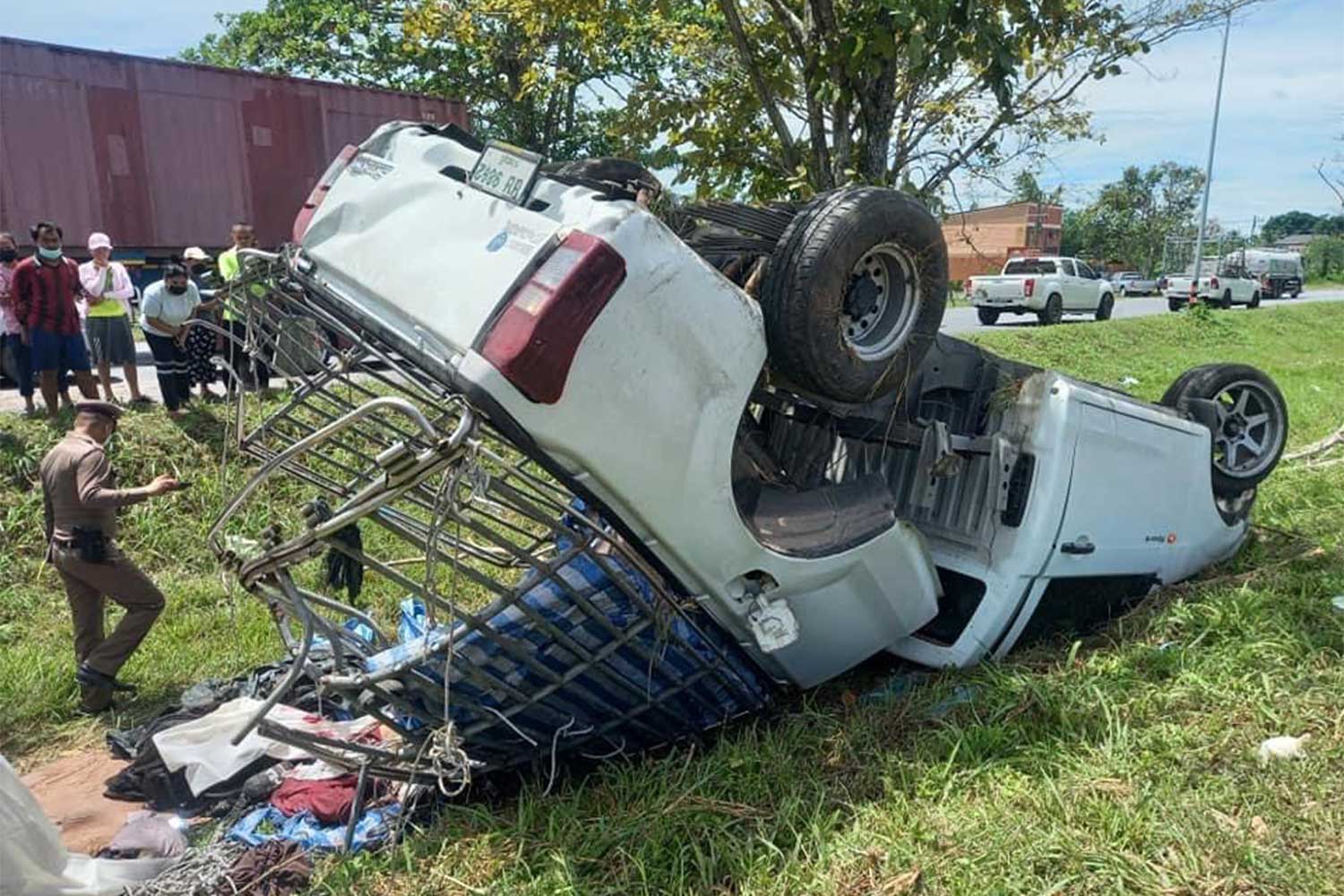 Three Myanmar nationals were killed and five others badly hurt when a tyre of the pickup truck exploded in Nakhon Si Thammarat. The Thai driver managed to flee. (Photo: Nujaree Rakrun)