Prime Minister Prayut Chan-o-cha yesterday condemned the masterminds behind the multiple bombing and arson attacks at 17 locations in Yala, Pattani and Narathiwat on Tuesday evening, adding security authorities are hunting down those responsible for the attacks. 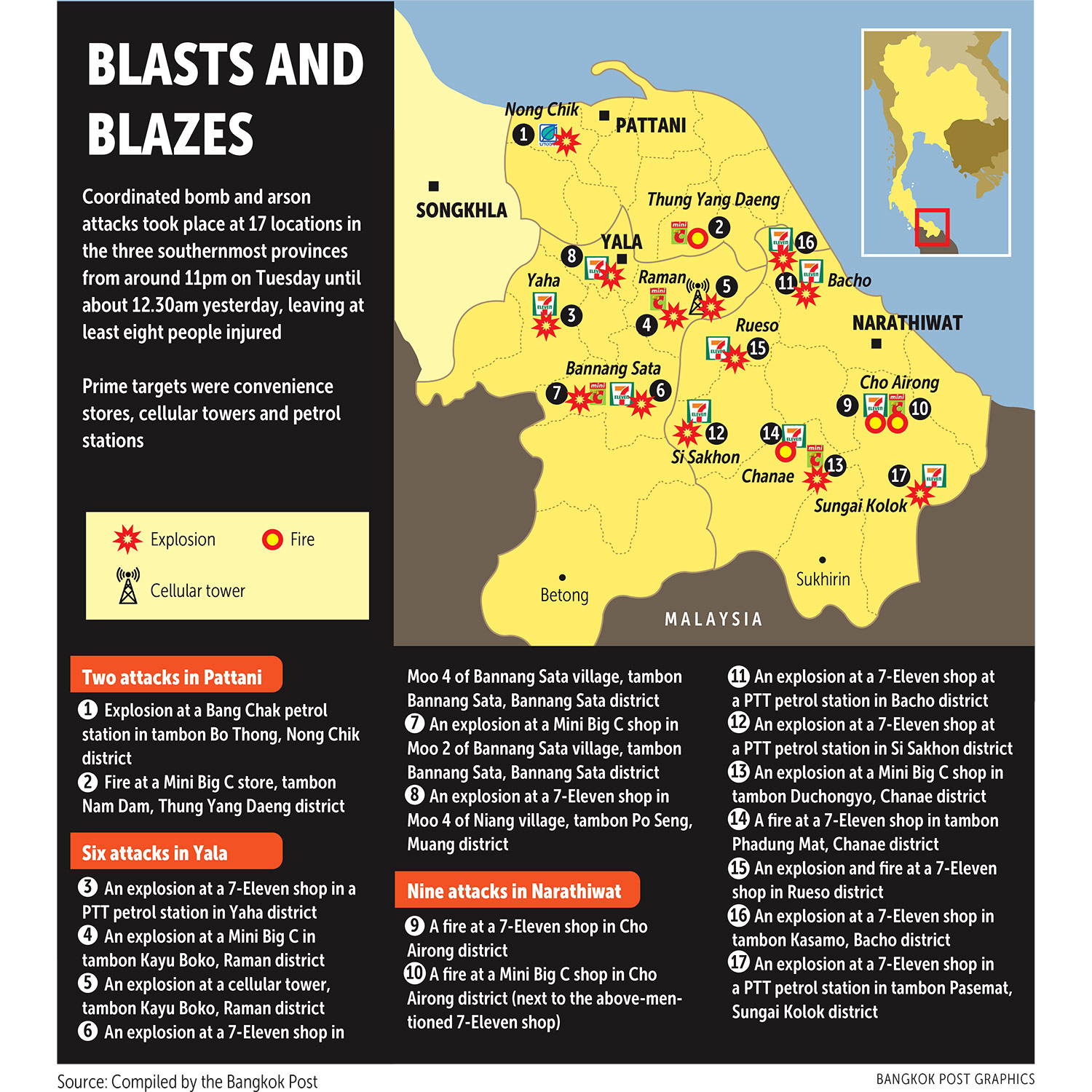 As a result of the attacks, which investigators believed were coordinated, eight people sustained injuries.

"The PM condemned these outrageous acts, which were apparently aimed at harming innocent people and damaging properties, given the fact that many crowded convenience stores were among the main targets," government spokesman Thanakorn Wangboonkongchana said yesterday.

As such, Gen Prayut has ordered security authorities to expedite their investigation so those behind these attacks can be brought to justice, said the spokesman.

Two locations were attacked in Pattani, six in Yala and nine in Narathiwat, he said.

The worst damage was reported at a Bang Chak petrol station in Pattani's Nong Chik district, which burned down following an explosion, he said.

Gen Wallop Raksanoh, the head of a government team negotiating peace in the deep South, said it was crucial to figure out whether the southern separatist group Barisan Revolusi Nasional (BRN) was responsible for the attacks.

The BRN is in talks with the government's peace team and both sides are expected to begin a new round of negotiations in October, he said.

The team has contacted the Malaysian facilitators of the peace talk to contact the BRN and enquire about what had just happened here, he said.

That said, army chief Gen Narongpan Jitkaewtae declined to engage in speculation about the group behind these attacks, saying it would be more appropriate to wait until a formal investigation unravels the mystery behind the recent wave of fresh violence in the far South.