The government is moving to retrieve at least three more objects of antiquity displayed in a US museum after its earlier success in securing the return of ancient relics to Thailand, said Minister of Culture Itthiphol Kunplome. 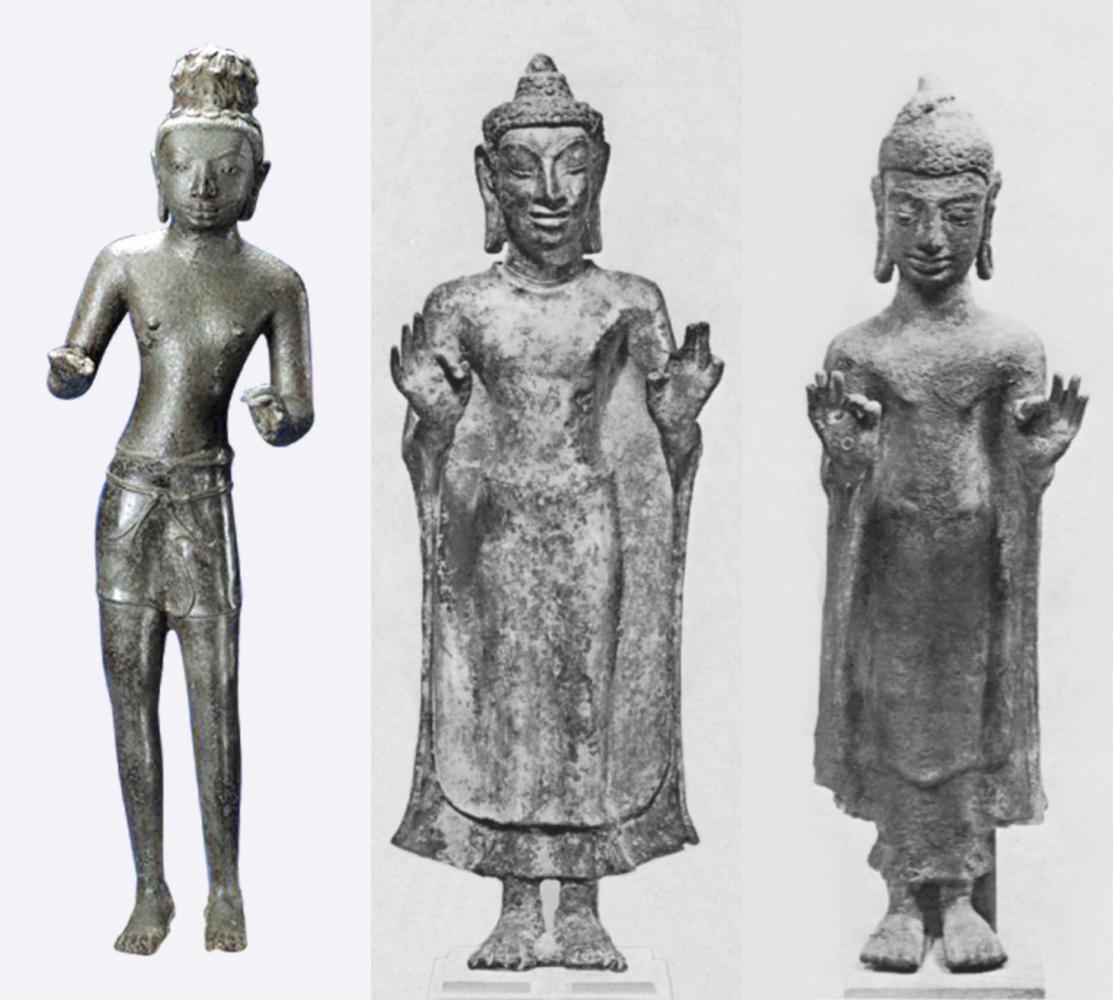 The government is working to retrieve a bronze sculpture of the Avalokitesvara, left, and two Buddha statues, middle and right, from Denver Art Museum in Colorado. (Photo courtesy of Culture Ministry)

Mr Itthiphol said the committee on the retrieval of objects of antiquity was working to bring back bronze sculptures of the Avalokitesvara, an earthly manifestation of the eternal Buddha Amitabha, and two standing Buddha statues.

The Avalokitesvara belongs to the pre-Angkorian period between the 6th and 9th centuries while the two statues date back to the Dvaravati period from the 7th to 11th centuries.

The minister said the statues are on display at the Denver Art Museum in Colorado.

Mr Itthiphol said the ministry has reported to Prime Minister Gen Prayut Chan-o-cha about its earlier success in securing the return of two ancient lintels, which authorities believed were stolen from archaeological sites at Prasat Khao Lon historical sanctuary in Sa Kaeo and Prasat Nong Hong in Buri Ram in the early 1960s.

The lintels, which were displayed at the Asian Art Museum in San Francisco, were exhibited at the Bangkok National Museum near the Grand Palace for three months after they arrived back in Thailand in May last year.

Last month, an antique gold crown that forms part of a 500-year-old Buddha statue from the Lanna era was returned to the kingdom.

It is not clear from where in the US the crown was retrieved.

Mr Itthiphol on Wednesday said progress has been made in discussing the return of the three bronze sculptures from Denver.