One of the stripped-bare rooms at the Chaweng Blue Lagoon The Teak Wing Hotel on Koh Samui, Surat Thani province. (Photos: Supapong Chaolan)

SURAT THANI: Six people have been arrested after a closed and locked hotel was found looted, stripped bare of everything of value to the tune of 70 million baht, on Koh Samui.

Pol Col Yuthana Sirisombat, chief of the Bor Phut police station, said on Tuesday that the Chaweng Blue Lagoon The Teak Wing Hotel near Chaweng beach in tambon Bor Phut was found to have been cleaned out.

The owner of the 400-million-baht hotel with 348 rooms had closed and locked the property when the Covid-19 pandemic struck. The contract with the first developer and tenant had expired two years ago.

The hotel was inside a compound on private property and could not be seen from the outside. Therefore, the looting was not discovered until long after it had happened, Pol Col Yuthana said.

Thieves took all they could remove from the hotel. This included the elevators, toilets, shower heaters, curtains, wiring, power outlets, air-conditioners, pumps, windows, doors, tables, chairs, beds and lamps. All that remained was the empty building structure.

The missing goods were valued at around 70 million baht.

Pol Col Yuthana said that six suspects had been arrested and police were hunting others also believed to be involved.

Surat Thani police chief Pol Maj Gen Sathit Polpinit said the suspects were all local people. Investigators had not found any connection with any outside criminal gang.

Police were checking other hotels on the island that had been locked and deserted, to find out if others had also been looted, he said. 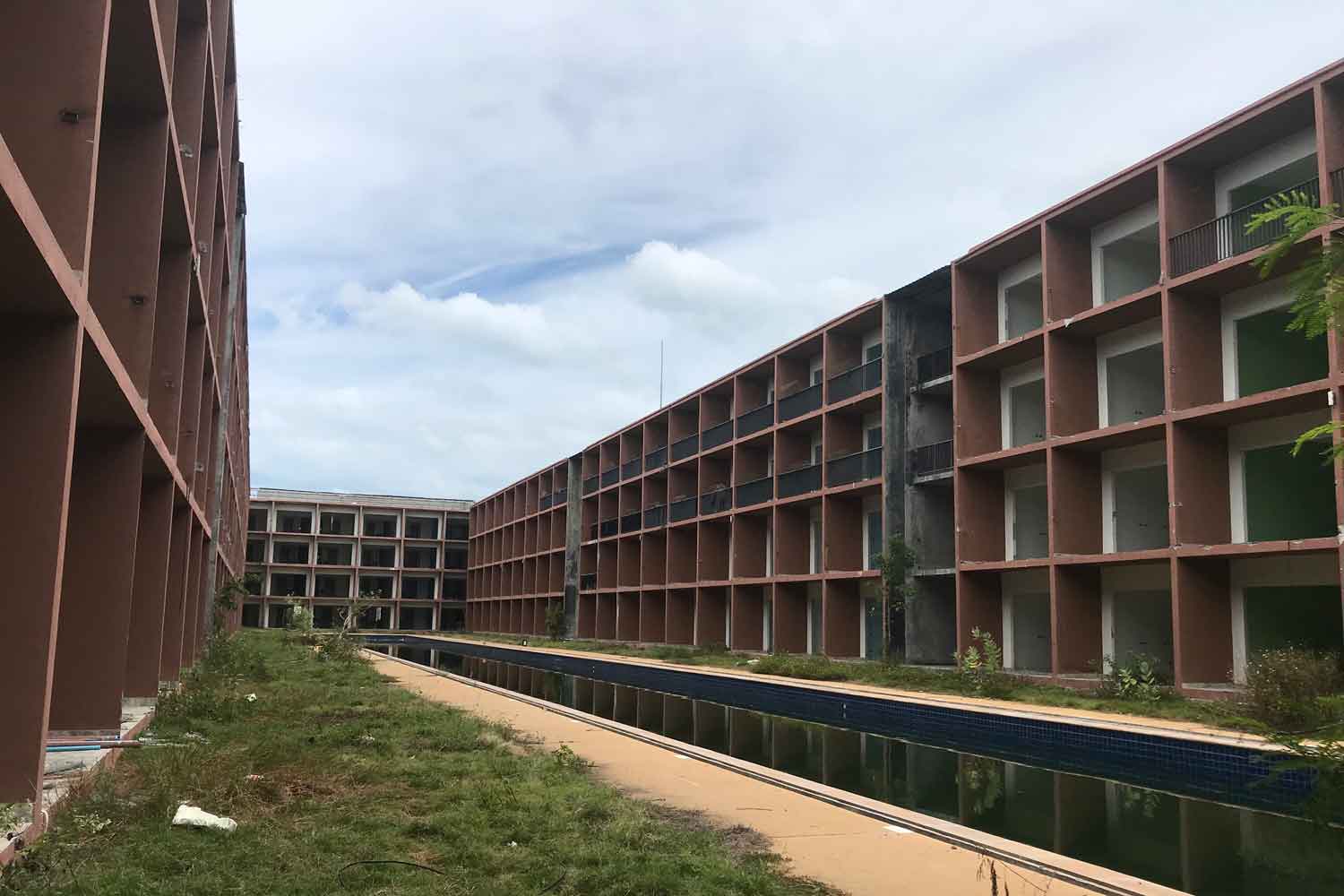 All treats, no tricks! raise your spirits at the standard Hua Hin this halloween