There were 17 more Covid-19 fatalities and 1,106 new patients admitted to hospitals on Friday, the Ministry of Public Health reported on Saturday.

This compared with 20 coronavirus-related fatalities and 1,191 patients on Thursday, as reported on Friday.

Of those in hospitals, 695 were seriously ill with lung inflammation (down from 697) and 348 dependent on ventilators (down from 351).

The 1,106 new patients were all local cases.

According to the Centre for Covid-19 Situation Administration (CCSA), the 17 new deaths were aged from 47 to 98 years old, with the average age of 83. There were nine men and eight women, all Thais.

Bangkok saw one new death, and there were two more deaths in the adjacent province of Samut Prakan.

Other provinces in the Central Plains had 10 deaths – five in Prachuap Khiri Khan, two in Ratchaburi and one each in Kanchanaburi, Samut Songkhram and Sa Kaeo.

The Northeast reported two deaths – in Nakhon Ratchasima and Kalasin.

The North had two new fatalities – in Phetchabun and Phichit.

The South reported no new deaths. 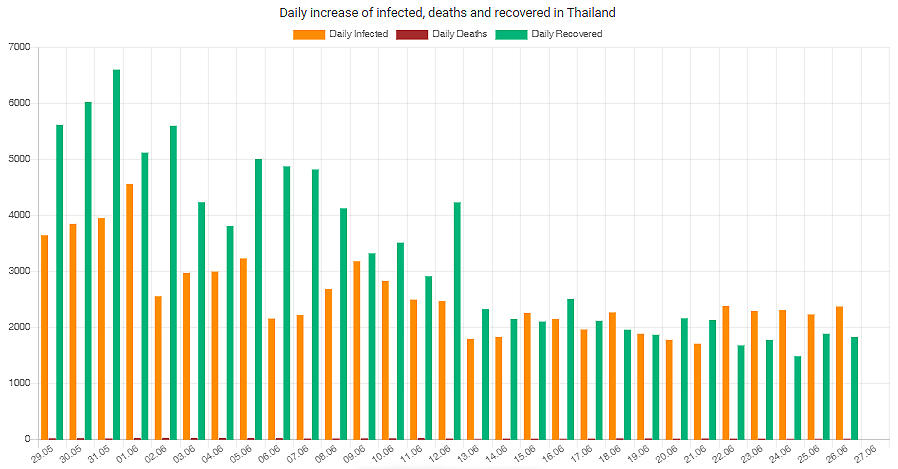 Vaccinations continued to progress, with 142.97 million doses administered as of Friday. The CCSA reported that 82.4% of the population have now received at least one dose of the vaccine, 77.3% at least two shots and 45.9% at least one booster shot.

The Central Vaccination Centre (CVC) at Bang Sue Grand Station in Bangkok will close at the end of this month.

The accumulated death toll stood at 32,520 since the beginning of the pandemic, including 10,822 so far this year.

HANOI: Vietnam is eyeing a major defence shift as it seeks to reduce its reliance on Russian arms and launch a push to export locally made weapons, officials and analysts said, with possible buyers in Africa, Asia - and potentially even Moscow.

A joint sitting of parliament votes down the Progressive Movement's bill to change the constitution and decentralise control of local government.

YALA: The provincial court has given long prison sentences to one of the leaders and other members of a militant group held responsible for widespread violence in the southernmost provinces of Pattani, Yala and Narathiwat.