Over 100 wild elephants brought back to forest
Thailand
General

Over 100 wild elephants brought back to forest

Wild elephants are spotted at Khao Pradu community forest, about 4 kilometres away from communities in Khon Buri district of Nakhon Ratchasima province. The pachyderms were pushed back to a forest in the Thap Lan National Park on Friday. (Photo: Phutthatham Hook 31 rescue foundation, Nakhon Ratchasima)

NAKHON RATCHASIMA: Herds of more than 100 wild elephants were successfully driven back to Thap Lan National Park in this northeastern province, after they were seen lingering near communities in Khon Buri district on Monday.

Teams of national park rangers, local officials and volunteers were dispatched to push back the pachyderms to their natural habitat, after they were spotted searching for food at Khao Pradu community forest in tambon Jakhae Hin of Khon Buri on Monday, just 4 kilometres away from communities and crop plantations.

The operation resumed on Friday morning to look for the remaining elephants, Peerawat Theerawattana, chief of Khon Buri district, said on Saturday. He joined national park officials in the operation. Searchers conducted surveillance of areas around the community forest and nearby locations and used drones.

On Friday evening, the national park chief estimated that some 100 wild elephants were already brought back to the forest. The search operation ended, but some officials were still on standby in areas where elephants might return to ensure public safety, said Mr Prapatpong. 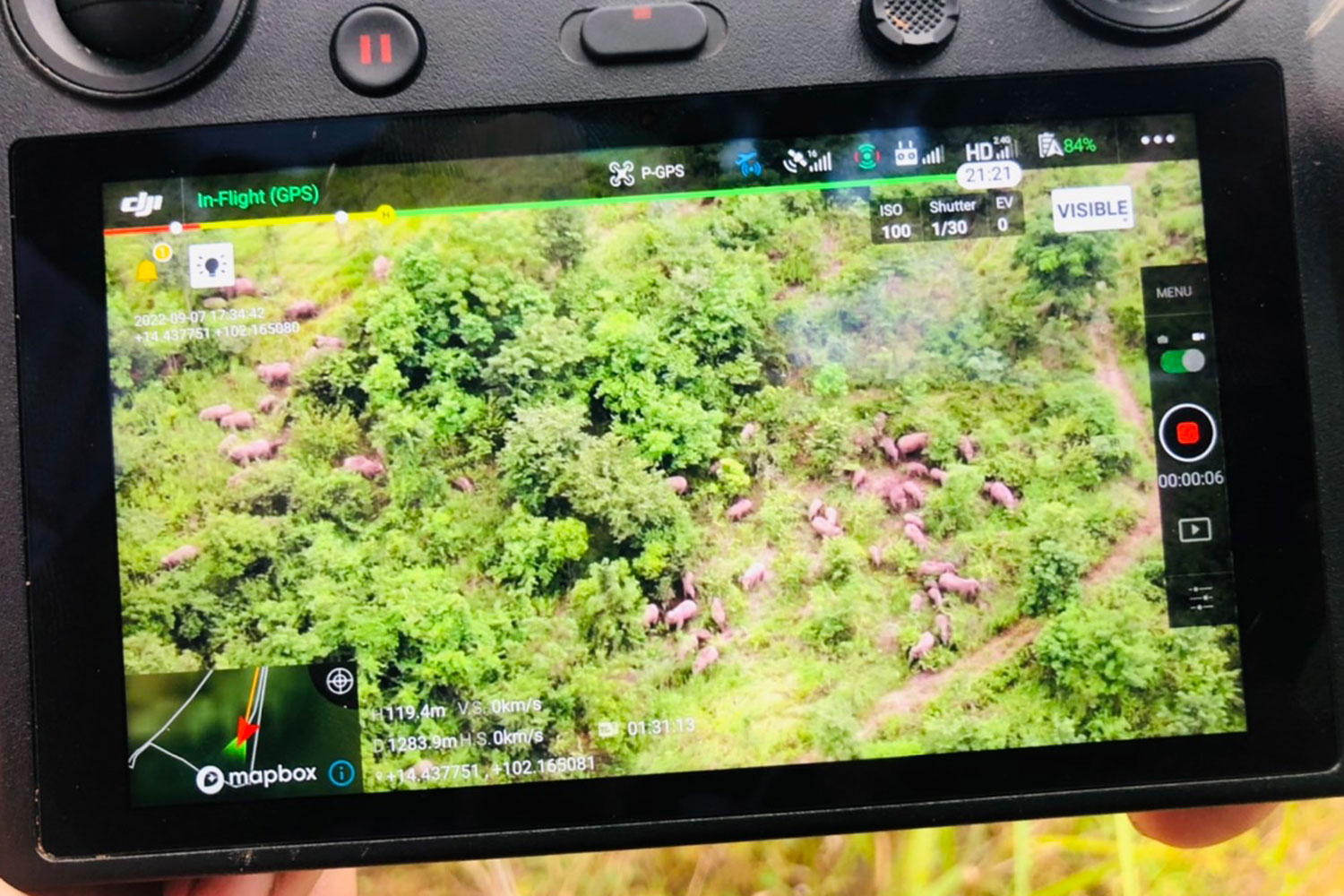 Many wild elephants are seen on the display screen of a drone device. (Phutthatham Hook 31 rescue foundation, Nakhon Ratchasima)