About 3pm on Monday, soldiers from the 3rd Cavalry Regiment of the Pha Muang Force stopped a black Isuzu pickup with Chiang Rai licence plates at a checkpoint at Ban Lise, the Moo 9 village in tambon Mae Fah Luang.

The pickup was driven by Thanapol, 48, the kamnan of tambon Mae Fah Luang, police said. His surname was not given.

Nine Chinese men were on the back of the pickup. They admitted having illegally entered the country from Tachilek township in Myanmar, opposite Chiang Rai's Mae Sai district. The soldiers found in their possession 45 mobile phones, a large number of credit cards and an amount of cash.

Mr Thanapol said the nine Chinese were brought by some people he had never met before to his house in tambon Mae Fah Luang. They asked him to take the men to tambon Huay Khrai in Mae Sai district. He was to be paid 1,000 baht for each of them.

The kamnan said he thought the Chinese were carrying passports and did not know how they had arrived in the country.

When questioned, the nine men said they worked at a call centre in Myanmar, soliciting investments online. They fled to Thailand to escape action by Myanmar authorities. They were handed over to the Chiang Rai immigration office for legal action.

Mr Thanapol was taken to Mae Fa Luang police station where he was initially charged with human smuggling. 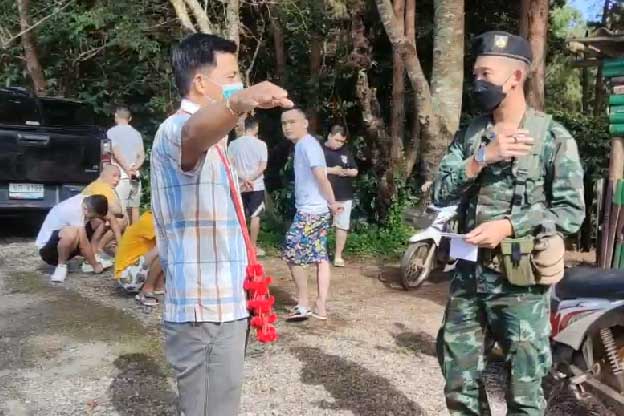 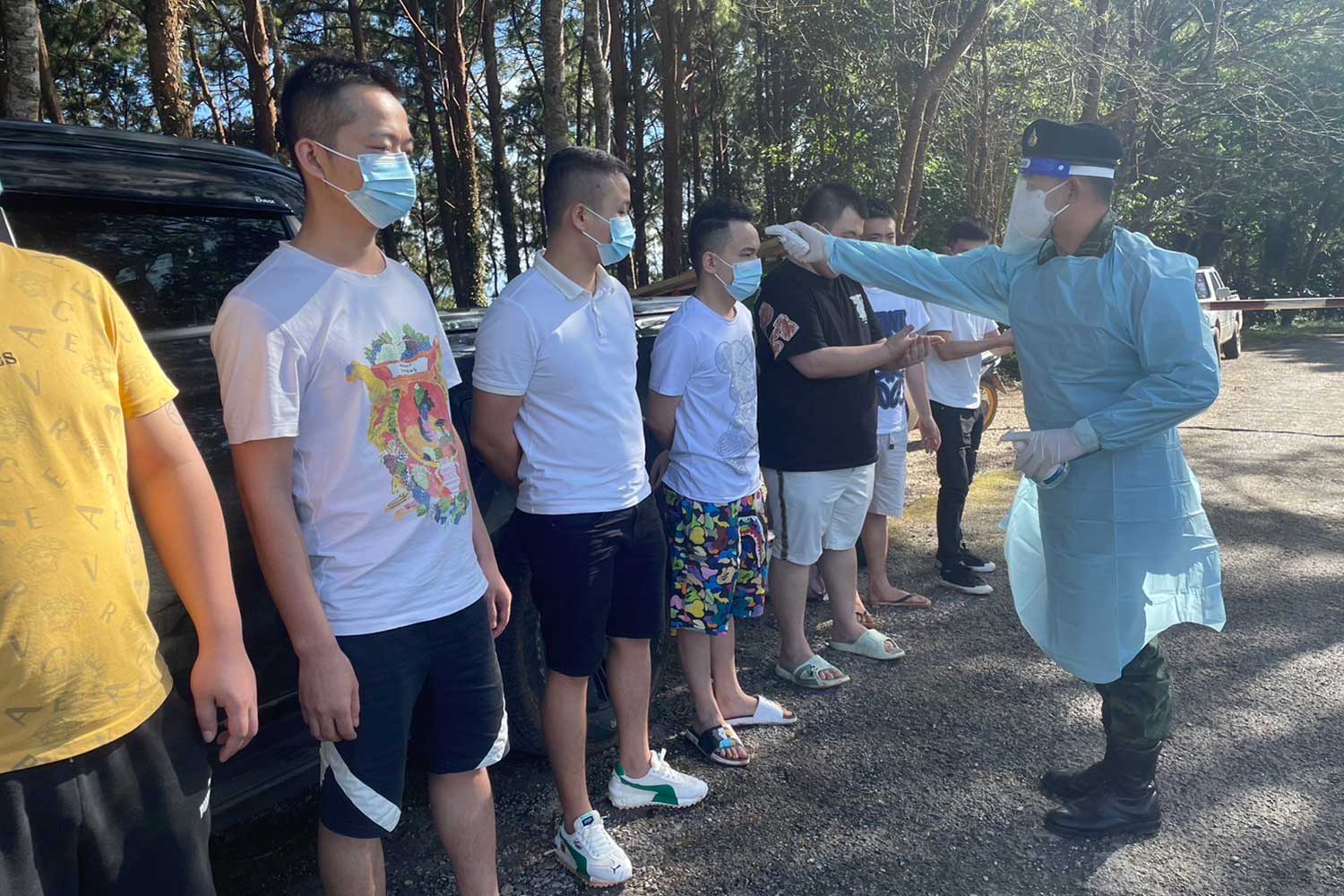 A soldier checks the temperatures of the nine Chinese men travelling in a kamnan's pickup truck after illegally entering the country from Myanmar. (Photo: Pha Muang Task Force)