Kiarttisak Nukaew, director of the Royal Irrigation Department zone 6, said on Wednesday that the Chi River had overflowed when passing through Kudkwang village in tambon Muang Kao of Muang district in Khon Kaen. A huge volume of water was flowing into areas near the river, which was 30 centimetres above its banks.

Officials were racing to install 50 water-propelling machines to push the water out to the Mekong River.

He said 30 of the machines were placed at Roi Et dam, 10 at the Nam Yang river tributary of the Chi River in Selaphum district of Roi Et and 10 more would be installed in Chaiyaphum province. They would speed up the flow of water into the Mekong River, Mr Kiarttisak said.

“To solve flooding in downtown Muang district of Khon Kaen, the department has installed 22 more large water pumps, lifting the number to 42, to pump floodwater out to the Chi River. A major problem is that the water must be drained to Huai Phra Khue as quickly as possible.

"Red flags must be put up warning people to be on highest alert as the river has already overflowed in Ban Khai district of Chaiyaphum, Ban Kud Kwang in Khon Kaen and downstream areas of Nong Wai weir in Nam Phong district of Khon Kaen.

"What is worrying is the Ubol Ratana Dam. A committee will meet today (Wednesday) to discuss discharging water, which will affect downstream areas. Right now, the situation in the Chi River requires utmost vigilance,’’ the irrigation office director said.

A source said many tributaries of the Chi River had burst their banks. The Chi River Basin committee may consider discharging water from Ubolratana Dam beause the reservoir there was at 80% of its holding capacity.

Chatchawal Theeraphanu, mayor of tambon Ban Ped municipality, said the water level in Nong Khot swamp, which receives water from other areas, was continuing to rise.

He had told residents living near the swamp to brace for flooding, which could be more than 50cm deep, the mayor said.

He also called an urgent meeting on Wednesday on the provision of assistance to affected residents. 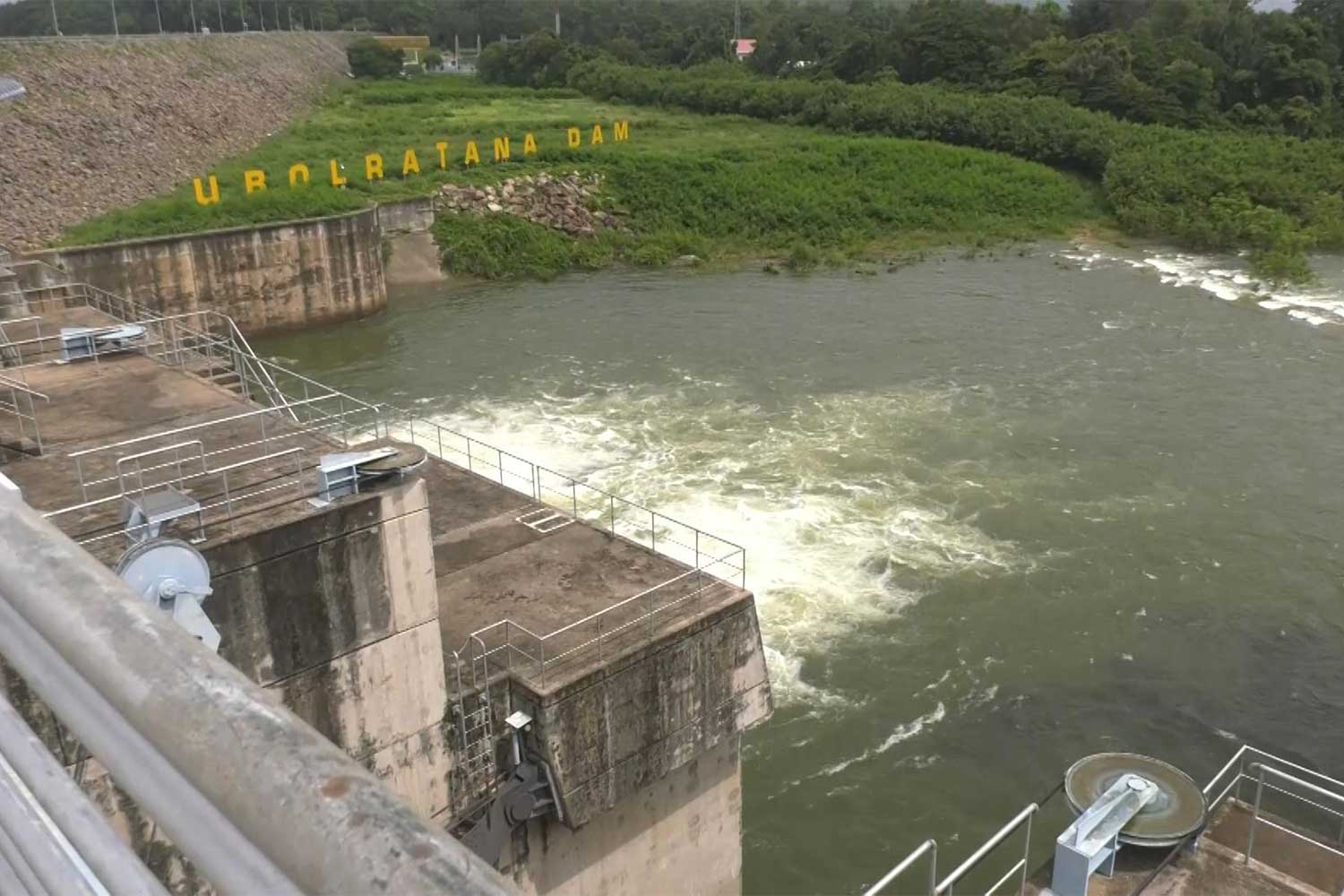