Workers at Ubol Ratana Dam in Khon Kaen on Wednesday said that water is flowing rapidly into the dam as a result of floods in the province, pushing storage to 83% of capacity. Tropical storm Noru is expected to worsen the water situation in the Northeast.  (Photo: Chakkrapan Natanri)

Over 4,000 people in Ubon Ratchathani have been evacuated with flooding set to intensify and tropical storm Noru expected to bring more heavy rain after entering northeastern Thailand on Wednesday night.

What was typhoon Noru reached Salavan province in Laos as a tropical storm in the afternoon. It was forecast to cover the lower part of the Northeast over Ubon Ratchathani's Khong Chiam district by Wednesday evening.

The storm would gradually downgrade to a depression and a strong low-pressure system. It will bring heavy rain and strong winds to all regions.

Flash floods and runoff are possible, especially in sloping areas near waterways and low-lying areas, the department said. 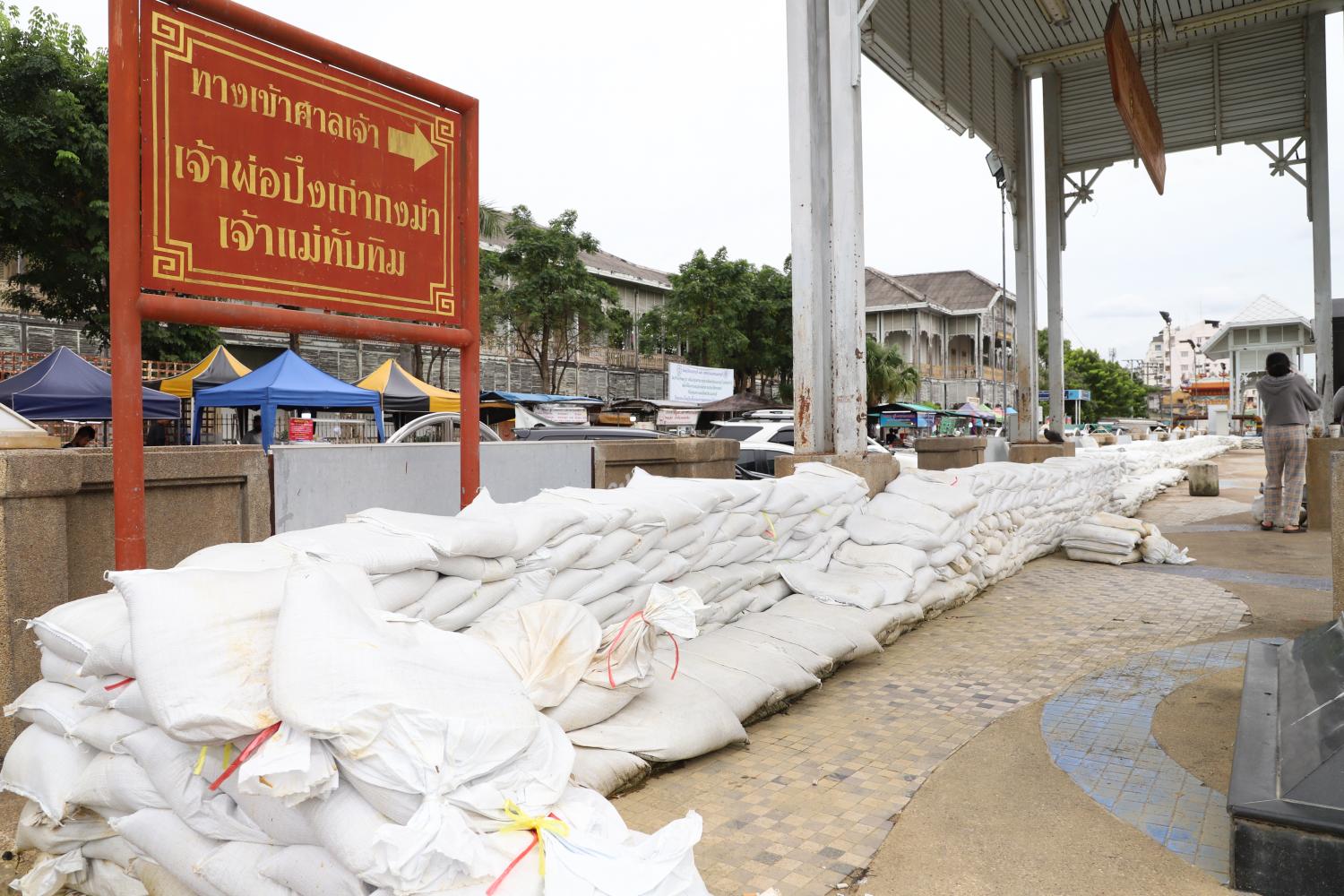 In Nonthaburi, sandbags are stacked up to form a long embankment against an overflowing Chao Phraya River outside the old town hall building. (Photo: Wichan Charoenkiatpakul)

At least 12 provinces, mostly in the northern and northeastern regions, were already experiencing varying degrees of flooding caused by downpours that have pounded the country since last week, the Disaster Prevention and Mitigation Department said.

Ubon Ratchathani governor Pongrat Piromrat said on Wednesday the volume in the Mun River, the main river in the Northeast passing through eight districts, rose as it merged with the Chi River forming a confluence in Muang and Warin Chamrap districts. As a result, the flow of the Mun River rose to 3,400 cubic metres per second, though some of that was diverted to the Mekong River where water levels were starting to fall, he said.

However, the Mun River still burst its banks, flooding villages and farmland in 14 districts, and forcing the evacuation of some 4,169 residents to high ground and temporary shelter centres. More than 99,000 rai of farmland was damaged.

Interior Minister Anupong Paojinda on Wednesday held a teleconference with the provincial governors, ordering them to prepare for the coming storm.