Many firearms, including war weapons, have been seized following police raids in 50 provinces across the country. (Photo supplied/Wassayos Ngamkham)

Pol Gen Damrongsak Kittiprapas, the new national police chief, marked his first official day on the job on Saturday by announcing the results of what the Central Investigation Bureau (CIB) had dubbed "Ghost Guns Operation, Season 2".

He said that crimes involving the use of weapons to attack others and stage robberies with no fear of the law had been on the rise. He cited the recent shootout at a restaurant in a downtown area of Ubon Ratchathani, and the accidental discharge of a student’s gun that killed his friend in their classroom in Nonthaburi.

Police investigations carried out in recent months found that many of those involved in gun crimes had purchased their weapons and ammunition online, he said.

Officers from the CIB and the Crime Suppression Division (CSD) were sent to search 126 targeted locations in 50 provinces nationwide to crack down on those involved in the illegal arms trade, said the chief.

The officers seized 9,976 items, including 145 firearms, 8,956 rounds of ammunition and gun parts. Four of the seized firearms were war weapons.

Pol Lt Gen Jirabhop Bhuridej, the CIB commissioner, said the investigations took several months as there were many networks selling firearms online. The police operation was launched to prevent criminals, hired gunmen as well as young people from using illegal weapons to carry out attacks that led to the loss of lives, he said. 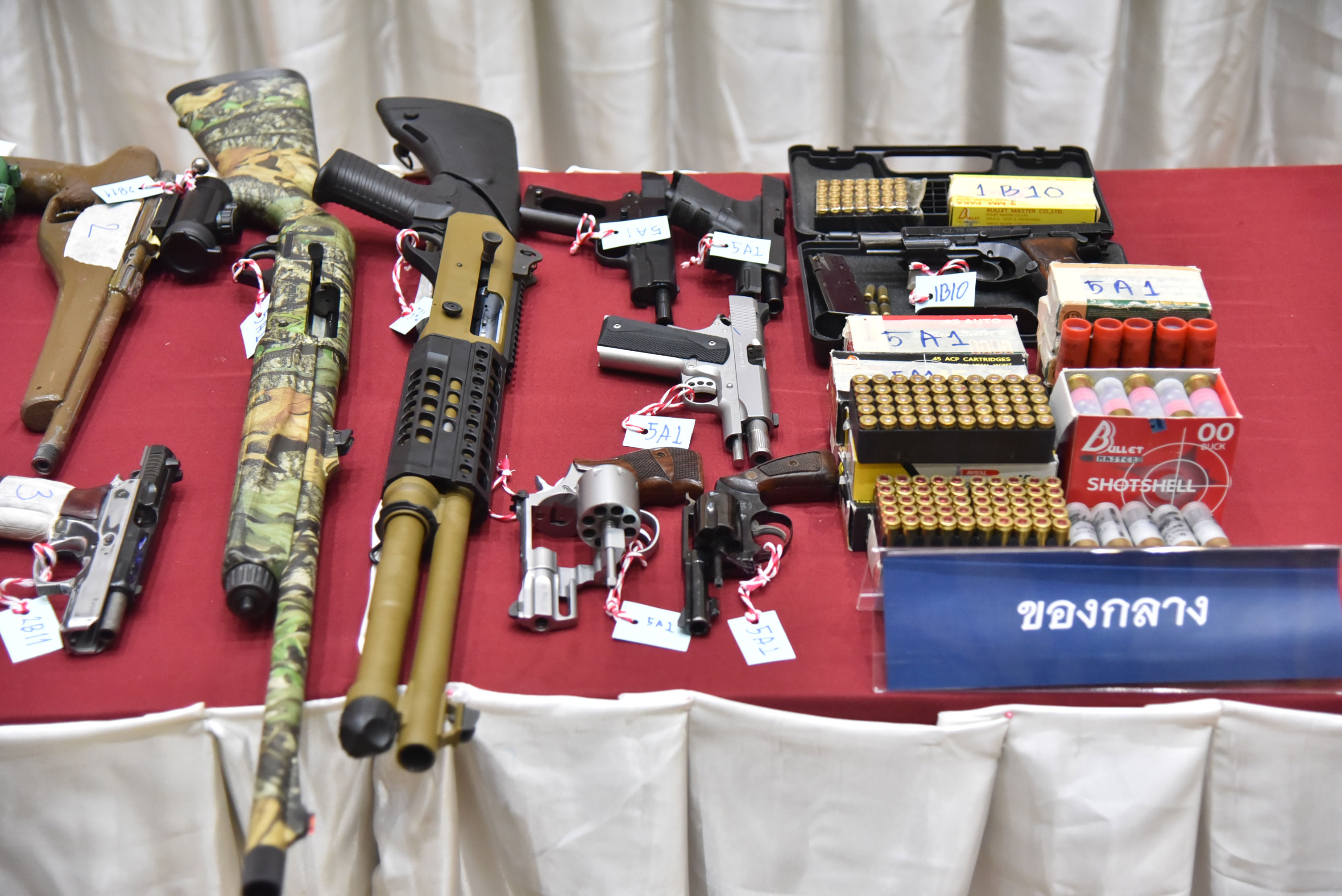 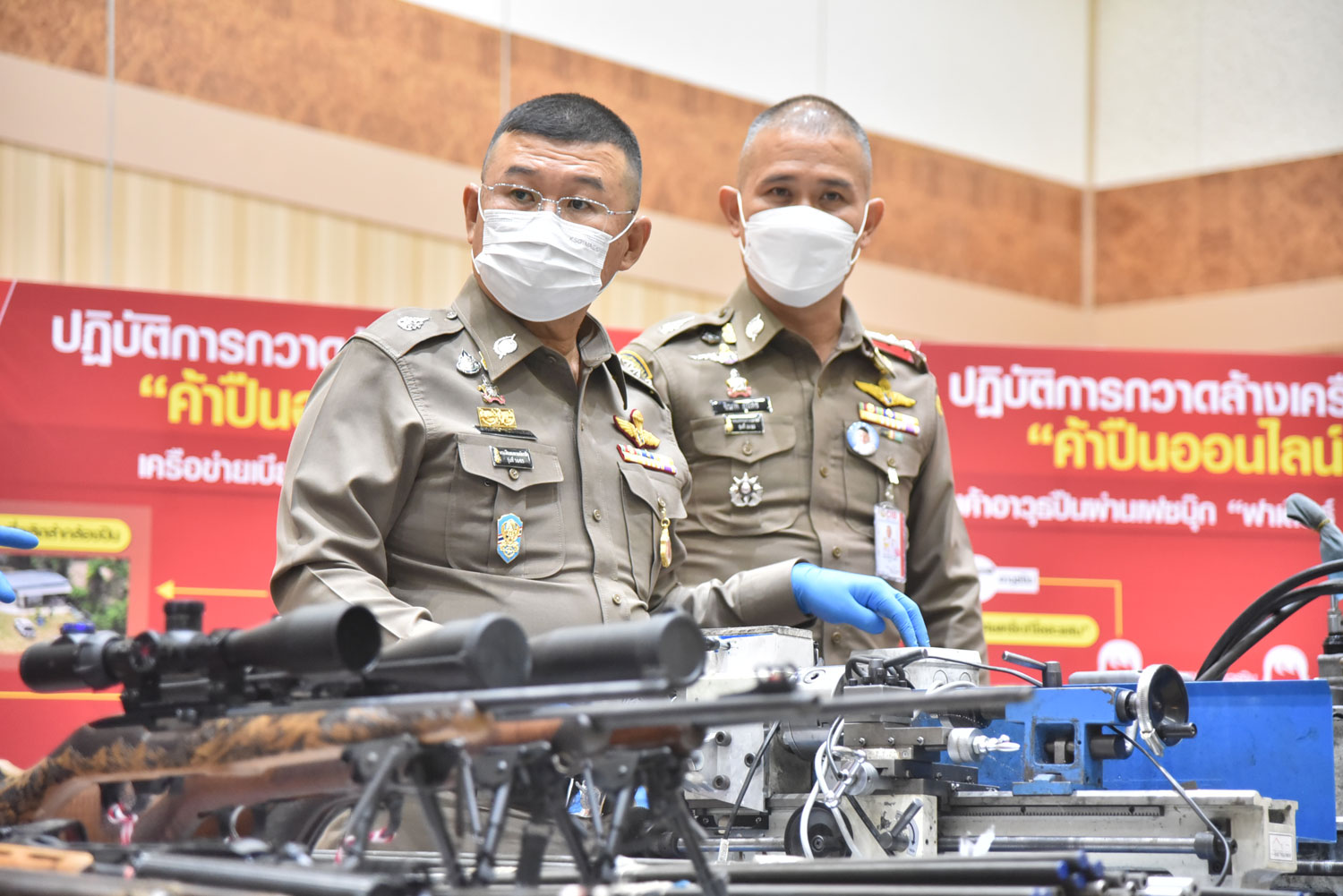