Ekkachat Iemtarn, director of the Phichit irrigation project, said on Tuesday that a massive volume of floodwater from Phitsanulok, Kamphaeng Phet and Phetchabun had flowed into low-lying Phichit province.

This caused the level of the Nan and Yom rivers to keep rising to an uncontrolled level, Mr Ekkachat said.

Irrigation officials had put up red flags at the four bridges across the two main rivers, warning that the rivers had reached a critical level.

On Monday, the Nan River overflowed into several riverside communities after the level rose by 46 centimetres, the irrigation project director said.

He had ordered officials to close the sluice gates of canals that connected the Nan River to prevent water from flooding paddy fields or roads to villages.

He advised farmers to drain excessive water from their fields as a huge volume of northern runoff was flowing into the province. When the rain showed sign of stopping, he would send a signal for farmers to store water.

Authorities have declared 232 villages in all 12 districts as flood disaster areas.  Crops in this province have not been much damaged by flooding as farmers hurried to complete the harvest in mid-August. Most inundated areas are residential, along the banks of the two rivers. Local officials were surveying the damage, ready to provide assistance where needed, he said. 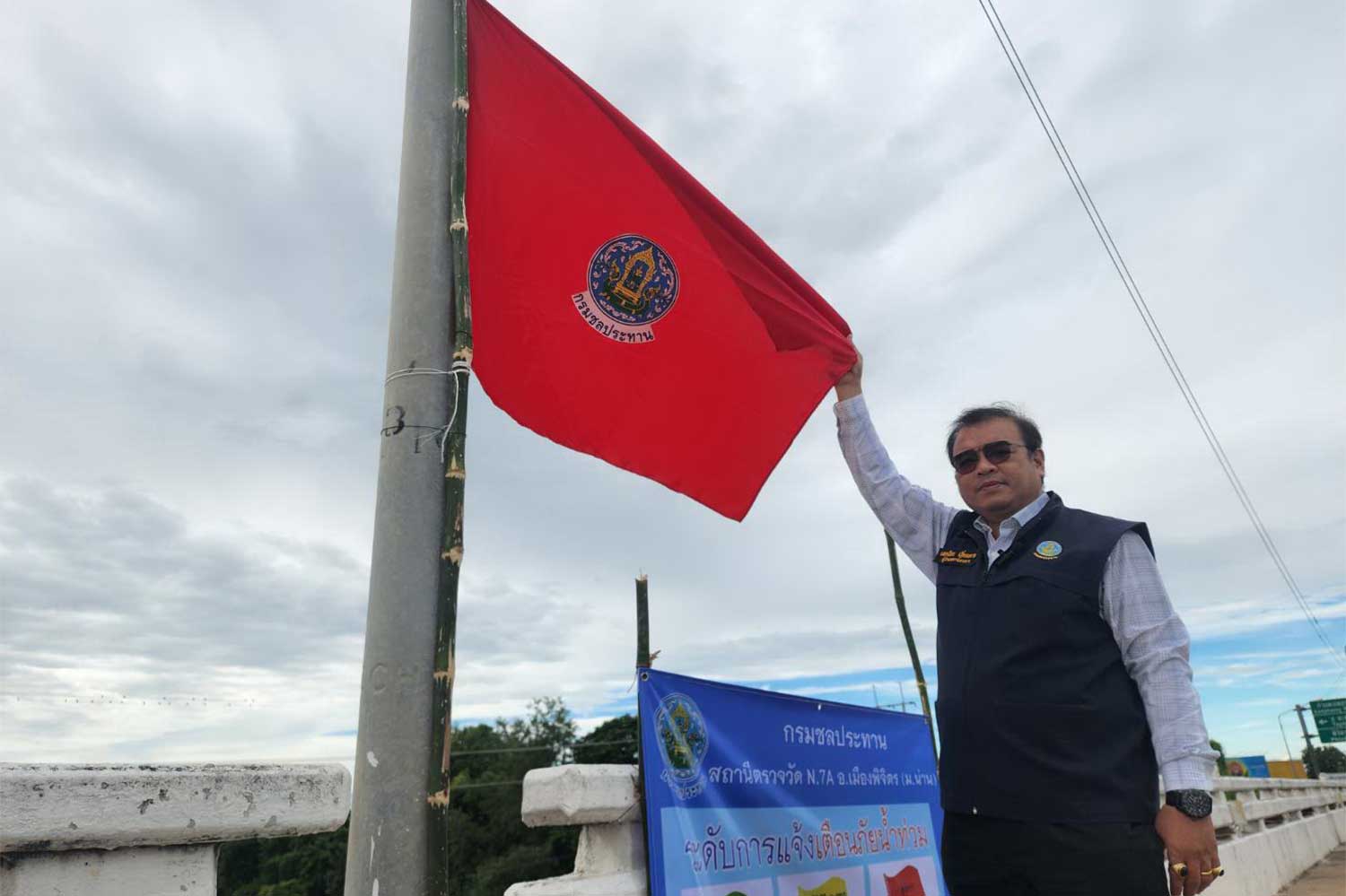 Ekkachat Iemtarn, director of the Phichit irrigation project, with a red flag put up at a bridge across the Nan River to warn residents that the water in the Nan and Yom rivers has reached a critical level. Red flags are flying at the four bridges over the rivers in this lower northern province. (Photo: Sitthipoj Kebui)