Municipal workers clean up a road in Chiang Mai's Muang district on Wednesday as the floods recede. (Photo: Panumet Tanraksa)

Irrigation Office 1 reported the falling levels. There was still about 1.51 million cubic metres of floodwater in municipal areas as of 9am on Wednesday, the office said. However, the floodwater had already drained in some areas.

Chiang Mai municipality work crews were cleaning up in 10 major areas where the floodwater had drained off, as preparations begin for the Loy Krathong festival.

Several areas of Muang district have been submerged since the Ping River burst its banks as rain hammered the city on Monday. Some residents said it was the wettest season they had experienced. The worst flooding was in tambon Pa-dad in Muang district. 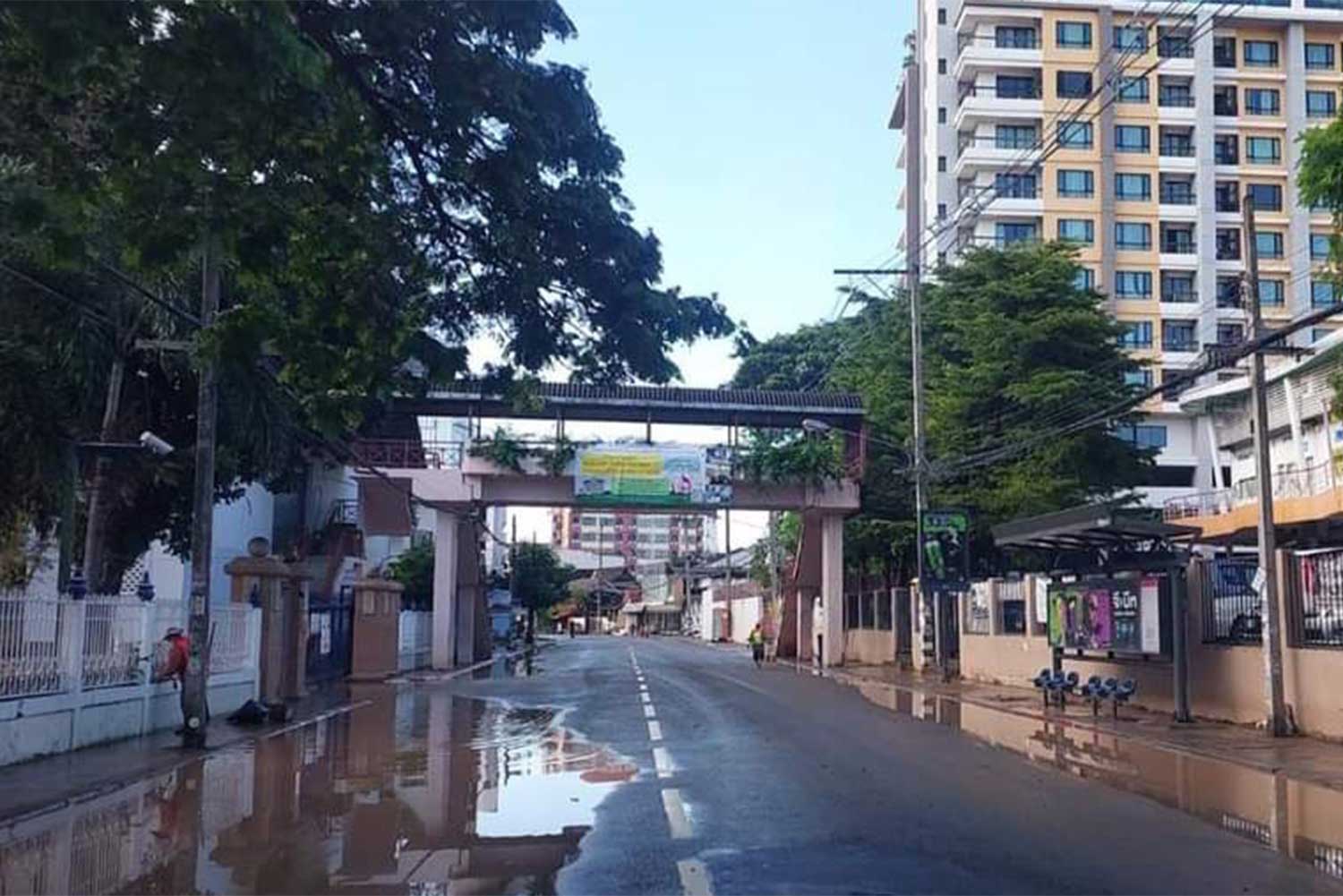 Most of the floodwater had draied off this street in Chiang Mai's Muang district on Wednesday. (Photo: Panumet Tanraksa)