Police had been tipped off that a green pickup truck would be used to smuggle heroin to the Malaysian border, Pol Lt Gen Nanthadet said.

A checkpoint was set up on Road No 42 and the suspected pickup truck signaled to stop for a search. Instead, the driver sped off. Police gave chase and caught up with the vehicle and stopped it at the provincial bus terminal in tambon Talubo of Muang district around 11.40pm.

A search found 100 bars of heroin, 110 kilogrammes in total, hidden in the pickup. The two suspects were arrested an charged with illegal possession of heroin with intent to sell. Two mobile phones were also seized as evidence. The heroin was destined for Malaysia, where  it could fetch up to 300 million baht if sold there, police said. 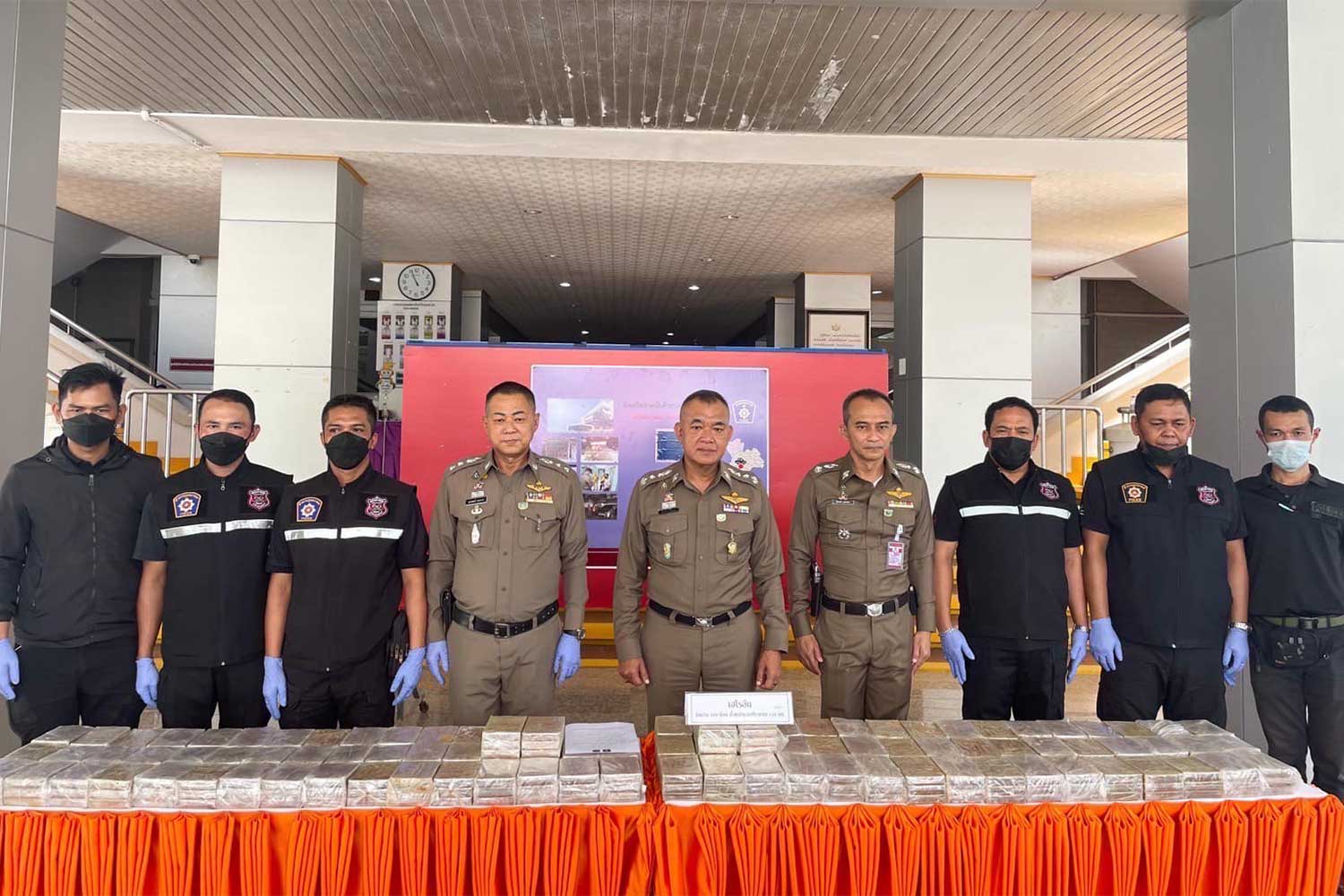 Police announce the seizure of heroin and the arrest of the two suspects in Pattani. (Photo: Abullah Benjakat)