Launch owner Ren Jinyuan, second left, and his friends on the navy patrol boat Tor 233 after being rescued from their broken down boat near Koh Racha Noi of Phuket early Wednesday morning. (Photos: the navy)

They had left the Boat Ramp pier in tambon Rasada of Muang district about 5am on Tuesday to go fishing near Koh Racha Noi.

When they had not returned by 9pm their families reported their disappearance to local officials.

Sorapong Paithoonpong, acting director-general of the Marine Department, said the last known location of the boat was near Koh Khiao.

They were sighted and reported safe by the crew of the tanker Adriatic Energy at 10.48pm. Their boat had broken down and they had no communications equipment.

The navy sent a patrol boat out to help them about midnight. It picked them up at 3.27am on Wednesday and they arrived ashore at the Phuket Marine Biological Centre at 7.15am. They all were wearing life vests and were tired but otherwise unaffected.

Their boat was found about 10 nautical miles off Koh Racha Noi and about 33 nautical miles from Phuket. It was towed back to Phuket on Wednesday afternoon.

The launch belongs to businesman Ren Jinyuan, 36, who has lived on Phuket for about seven years and was one of the men on the boat. 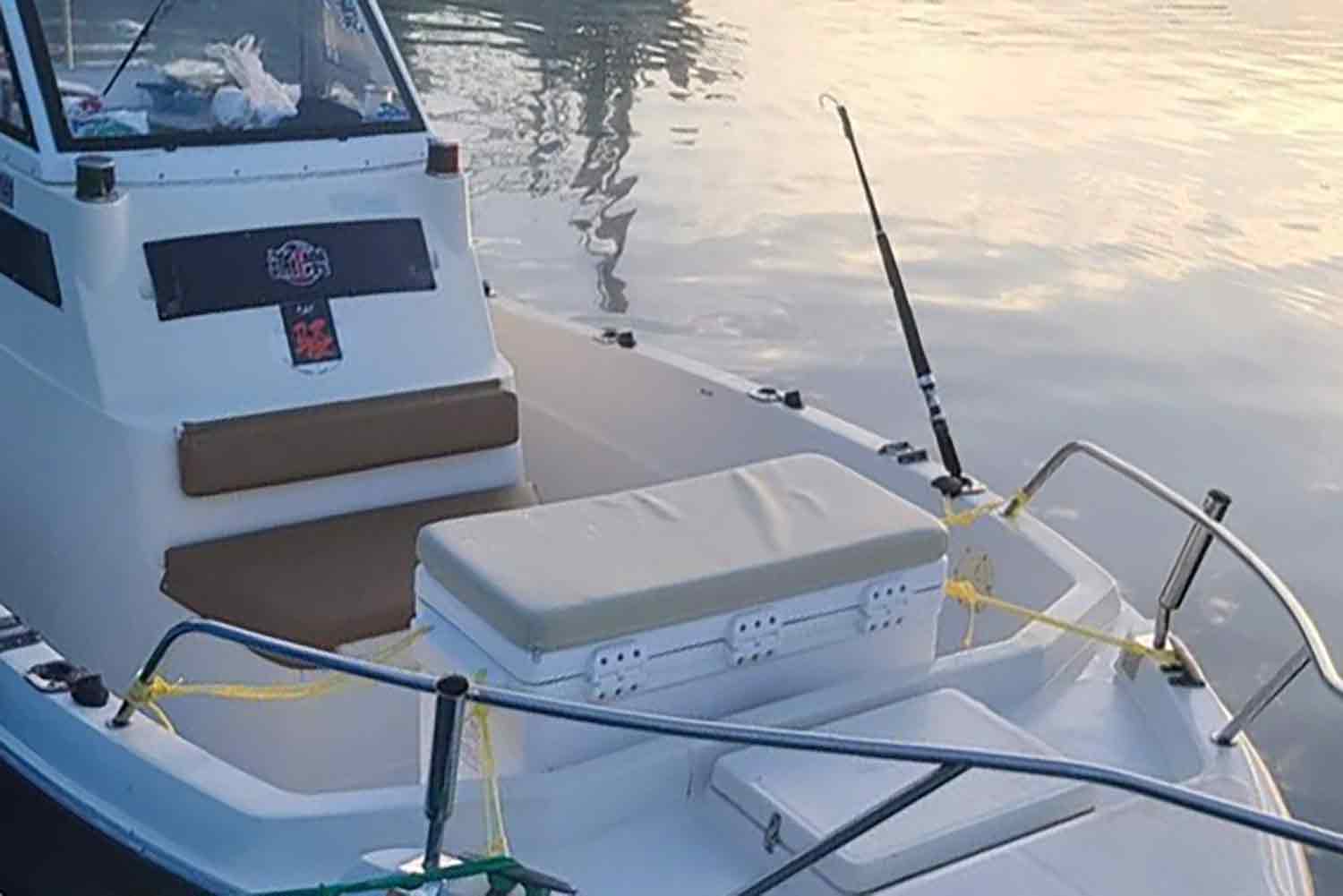 The boat that broke down. (Photo supplied)