The temple at Mae Kasa village in Karen State of Myanmar, near the Thai border in Kanchanaburi's Sangkhla Buri district, is engulfed in flames after being bombed on Thursday morning by a Myanmar air force plane. (Photo supplied/ Piyarat Chongcharoen)

A border official said the bombing occurred around 2.50am at Mae Kasa village in Phayatonesu of Karen State, about 12 kilometres from the Thai border at Three Pagodas Border Pass in tambon Nong Lu of  Sangkhla Buri district.

Mae Kasa is a base of the Karen National Liberation Army (KNLA).

The source said the first bomb caused minor damage to a hospital building in the KNLA-controlled area. Two other bombs landed on Mae Kasa temple, where buildings caught fire and burned down.

The bombing reportedly caused no injuries. Some of the residents had earlier fled to Tong Wai village nearer the Thai border. Others had taken refuge in forest caves.

Over the past 3-4 days, KNLA leaders had warned residents they should leave because Myanmar air force reconnaisance planes had been overflying Mae Kasa and nearby areas including Payatongsu, which is near Thailand’s Phra Chedi Sam Ong village in tambon Nong Lu.

The bombings were believed to be in retaliation for the KNLA's capture of a Myanmar army base last month in which 13 government soldiers were killed, including a deputy battalion commander.

There were reports the Myanmar army had sent 200-300 reinforcements to help recapture its base, which was still occupied by Karen fighters.

Col Thatchadet Arbuarat, deputy commander of the Lat Ya Task Force, went to Three Pagodas Pass for a first-hand view of the border situation. He also met with local agencies. Discussions included an evacuation plan if the fighting near the border intensifies.

The atmosphere at Three Pagodas Pass was reported to be normal, and things were quiet at Phayatonesu township with most residents staying inside their houses and 4-5 Myanmar officials on duty at the immigration checkpoint. 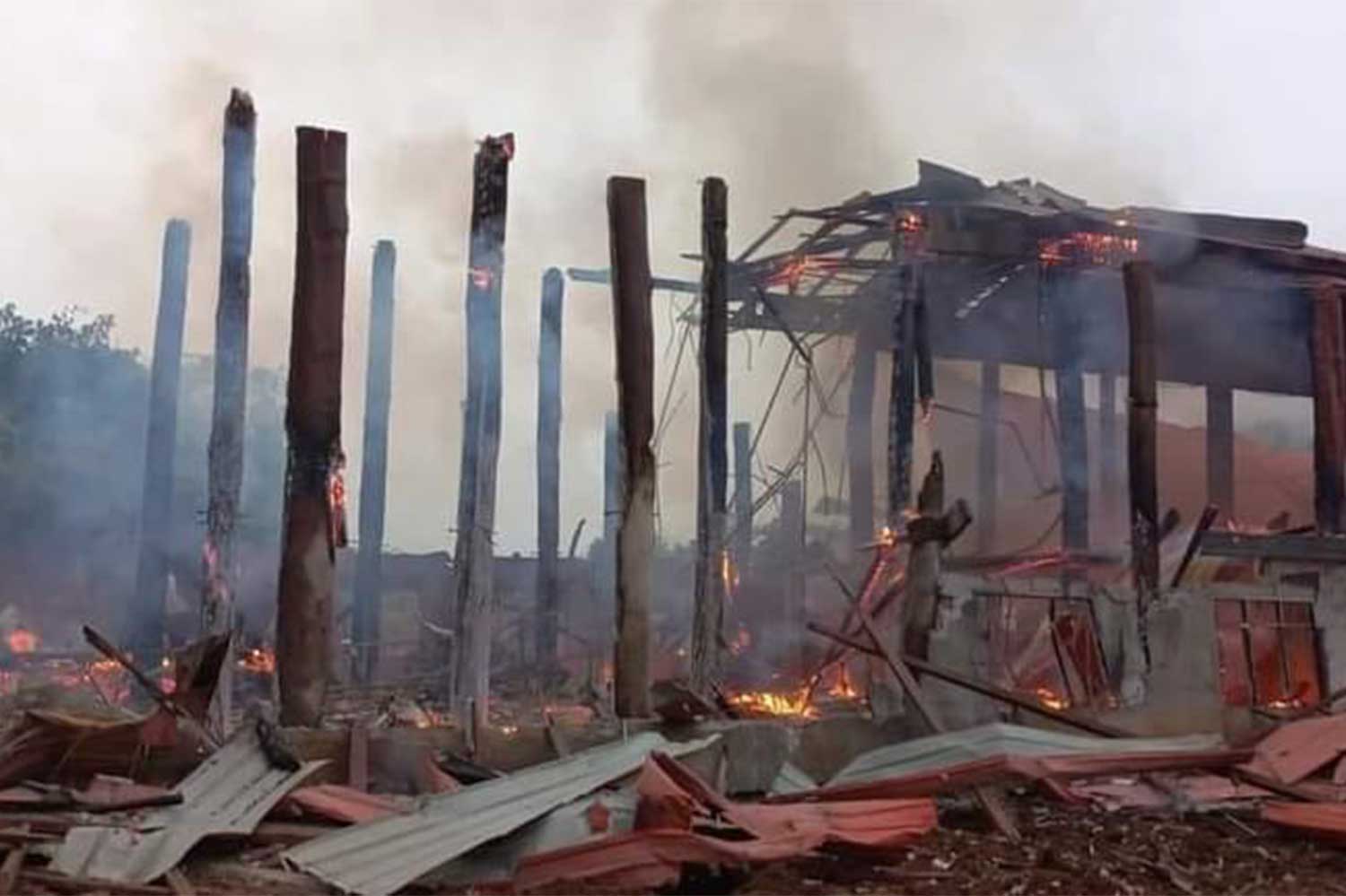 Mae Kasa temple in Myanmar was left in ruins after the bombing runs over the border village in Karen State, near the Thai border, early on Thursday morning. (Photo supplied: Piyarat Chongcharoen)