A huge volume of water from canals that receive water from the Chao Phraya River also flooded roads and a large community behind Wat Choeng Tha in tambon Tha Wa Sukhri.  The temple, built during the Ayutthaya period, was one of the prime locations used for the shooting of the Love Destiny soap opera, first aired on TV Channel 3 in 2018.

Many nearby areas such as Thung Kaew Bua Khwan field and surrounding communities were also flooded.

The Chao Phraya Dam in Chai Nat province on Friday announced that it would increase the discharge rate of water to 2,900-3,000 cubic metres a second from Saturday, citing the huge volume of northern runoff coming downriver. The added discharge would cause the water level to rise by 10-15 centimetres.

Many areas in Bang Ban, Sena and Phak Hai districts are already flooded. In riverside communities the floodwater has risen to the upper floors of two-storey houses. 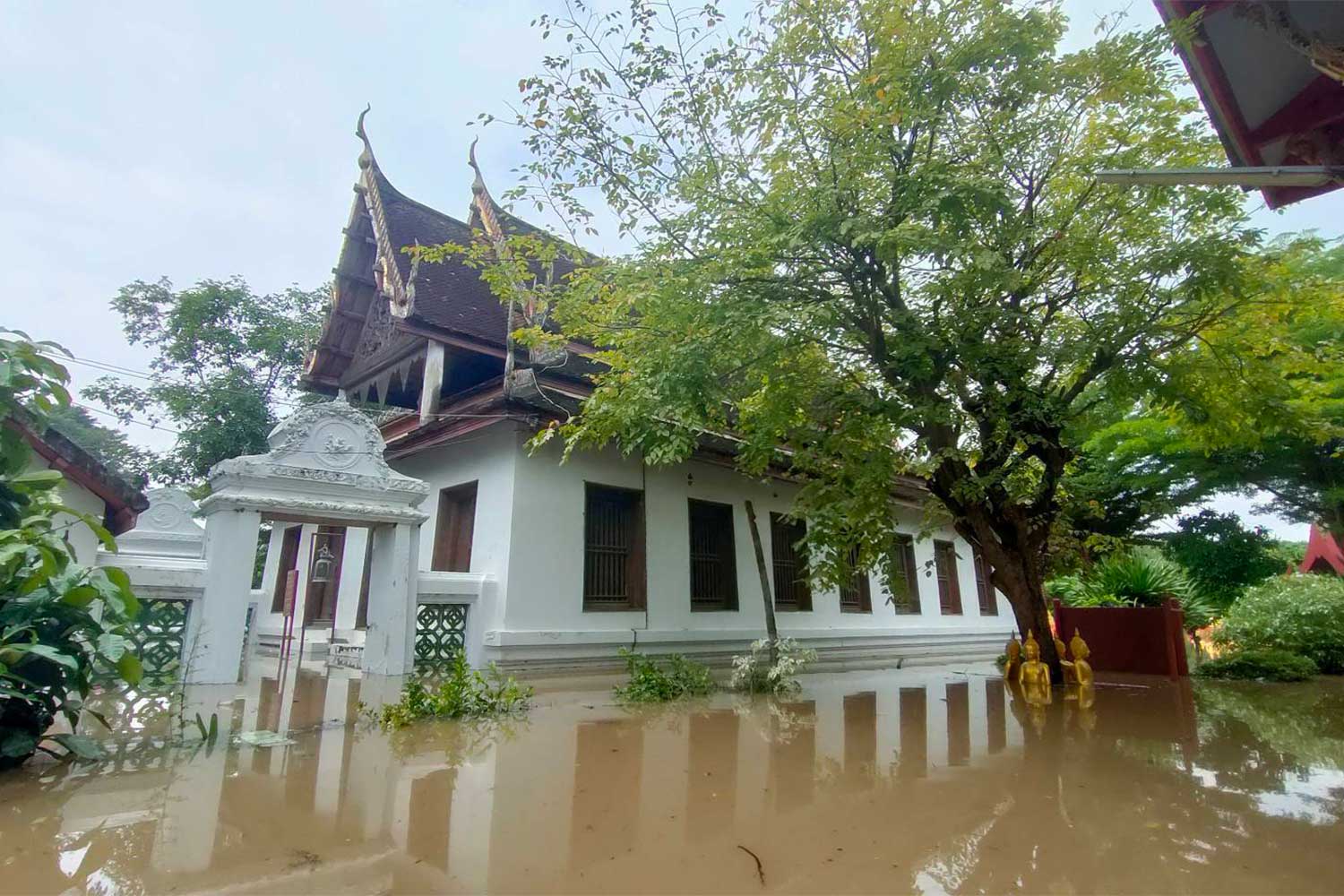 Overflow from adjacent canals floods a temple hall and other buildings at Wat Choeng Tha in Ayutthaya. (Photo: Sunthorn Pongpao)