Photos: Bureau of the Royal Household

Their Majesties gave words of encouragement to the injured at Nong Bua Lam Phu Hospital around 8pm.

Wassana Phothipol, a mother who lost a daughter, three grandsons and two close relatives from Thursday's massacre at a child development centre in Na Klang district, said the incident was the most heart-breaking loss of her life but she and her family now have the physical and mental strength to stand up and move on, thanks to Their Majesties' support.

Matcha Wanee, a mother who also lost a child in the mass shooting, said that if felt like a family when Their Majesties expressed their well wishes to her.

Their Majesties then proceeded to Udon Thani Hospital in Muang district of Udon Thani province.

There, Their Majesties were briefed on the treatment of a 3-year-old boy who was injured in the rampage. The King and Queen then met the parents of the boy and presented them a gift basket. 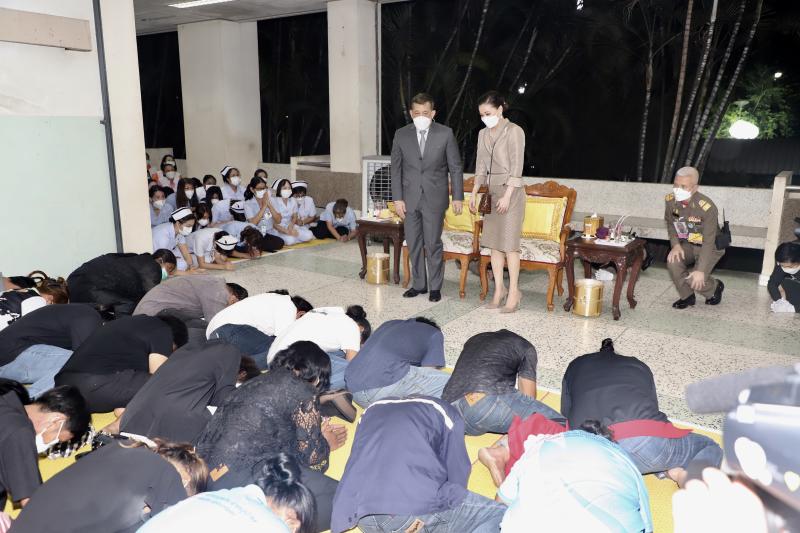 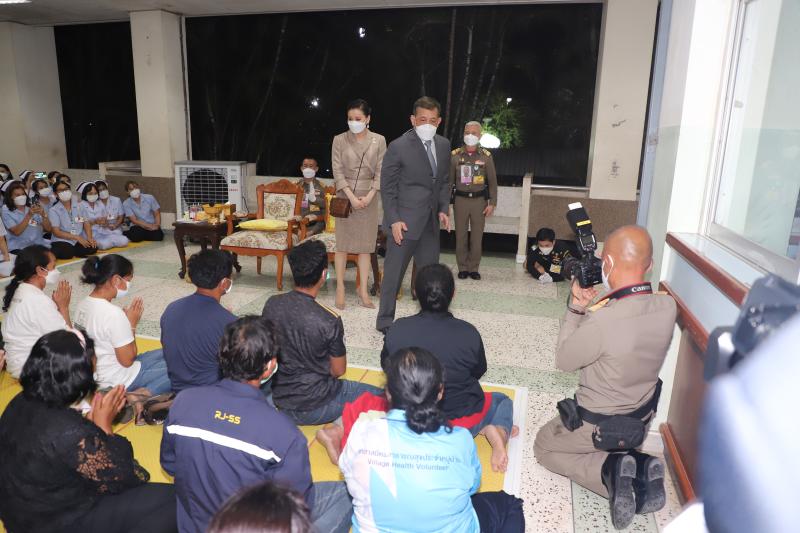