Forty of 159 guns stolen from Pak Kret police station have been recovered, most returned anonymously, since a police officer was arrested and charged with the thefts.

Pol Snr Sgt Maj Chaowalit Phumkhachorn, attached to the Pak Kret police station, was apprehended on Thursday afternoon at a hotel in Nong Khai province for the theft of the firearms. He was reportedly preparing to flee across the border into Laos.

Earlier reports said he was accused of stealing about 90 guns from Pak Kret station, where he was based. This figure has now risen to 159.

Pol Snr Sgt Maj Chaowalit was returned Pak Kret station, where he was being detained. Investigators were to take him to the Criminal Court for Corruption and Misconduct Cases Region 1 in Saraburi on Friday and apply to extend his detention for 12 days.

Pol Maj Gen Peerapong Wongsawan, also a deputy commissioner of Region 1, said on Friday morning that 34 of the missing guns had been recovered by police.

He said seven were found during searches of houses in Nonthaburi.

On Thursday night, a brown travel bag with 27 guns was left anonymously in front of the Police Club in Bangkok’s Lak Si district. A man had phoned police and said he feared legal action for having stolen guns in his possession.

Pol Lt Gen Jeeraphat Phumjit, commissioner of the Provincial Police Region 1, said the Nonthaburi Provincial Court had approved search warrants for nine premises in Bangkok and Nonthaburi. He believed most of the stolen guns would be retrieved.

Pol Maj Gen Paisarn Wongwatcharamongkhol, chief of Nonthaburi police, said later on Friday that more guns were recovered following searches of premises in Bangkok and Nonthaburi. This brought the total to at least 40, he said.

The discovery of the theft of the firearms has led to Pol Col Phongchak Preechakarunpong, the Pak Kret police chief, being transferred to the Provincial Police Region 1 operations centre pending the outcome of an investigation into weapons storage and disbursement at the station.

Pol Lt Gen Jeeraphat Phumjit, commissioner of the Provincial Police Region 1, on Thursday said his region was at fault for not detecting the missing guns earlier. Weapons checks were supposed to be done on the 5th of every month. 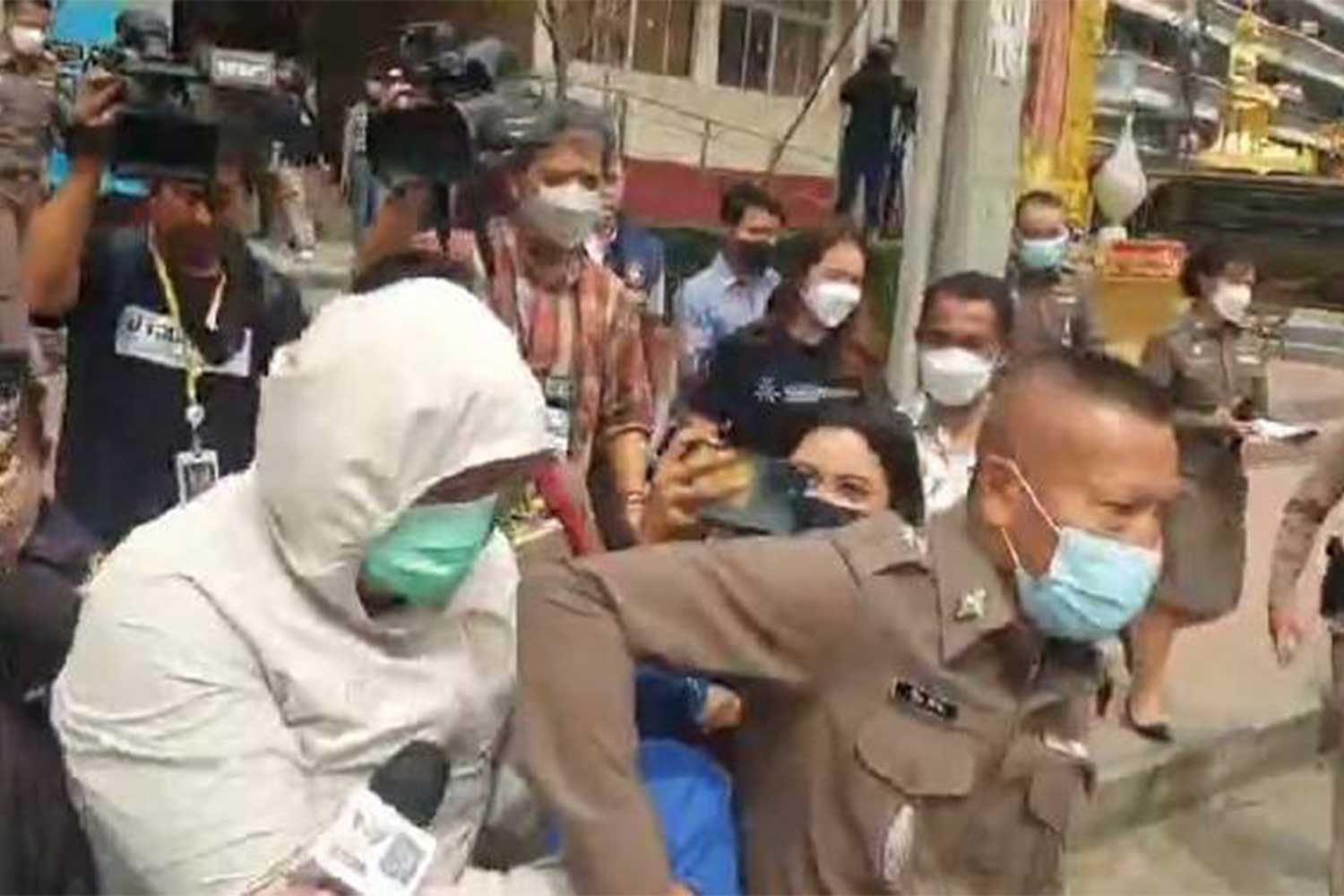 Pol Snr Sgt Maj Chaowalit Phumkhachorn, in white on left, is taken from Pak Kret police station to a police vehicle before going to to the  Criminal Court for Corruption and Misconduct Cases Region 1 in Saraburi province on Friday. (Photo supplied/ Wassayos Ngamkham)

Election campaign posters along Tanao Road near Wat Mahanparam Voraviharn in Bangkok as preparations for the polls pick up pace after two amended organic laws on political parties and the election of MPs went into effect on Sunday. (Photos: Apichart Jinakul)

KANCHANABURI: Fire destroyed 14 of the 16 houserafts at a resort on the Khwae Noi river in Sai Yok district on Sunday afternoon, causing about 10 million baht damage. There were no casualties.