A total of 104 customers, 99 of them Chinese nationals, tested positive for drugs during a police raid on three adjacent buildings illegally operating as a nightclub in Bangkok’s Yannawa area in the early hours of Wednesday.

Thirty-four luxury cars found in the buildings' grounds were impounded, including a Rolls Royce. The nightclub was said to be operated by a Chinese national.

More than 100 city police were involved in the raid on the Jinling, Leela and Wip Wup Car Wash buildings on Charoen Rat Road in Yannawa of Sathon district around 3.30am.

They were acting on a tipoff the buildings were being used illegally as entertainment venues, with a karaoke bar to serve Chinese visitors, drug parties and illegal gambling, said Pol Maj Gen Theeradet Thamsuthee, chief of investigation at the Metropolitan Police Bureau, who led the raid.

When police entered the premises customers and staff immediately ran to hide in the kitchens, bathrooms and in room corners. (continues below)

Pol Maj Gen Theeradet said all visitors and staff of the entertainment venues were made to take urine tests for drug use. A search of the karaoke rooms and other areas inside the buildings found at least 300 sachets of illicit drugs such as ketamine and "happy water", a combination of several illicit drugs.

He said 104 people tested positive for drug use, 50 men and 54 women. The group comprised 99 Chinese nationals (51 women and 48 men), three Thai women, one Thai man and one Cambodian man.

The arresting team impounded 34 luxury cars, including a Rolls Royce, pending investigation whether the owner of the entertainment venue was involved in illicit drugs or money laundering, Pol Maj Gen Theeradet said.

Foreign nationals who tested negative for drug use were handed over to immigration police.

The nightspot was operating illegally within the jurisdiction of Yannawa police. The Yannawa police chief was on Wednesday transferred pending further inquiries. 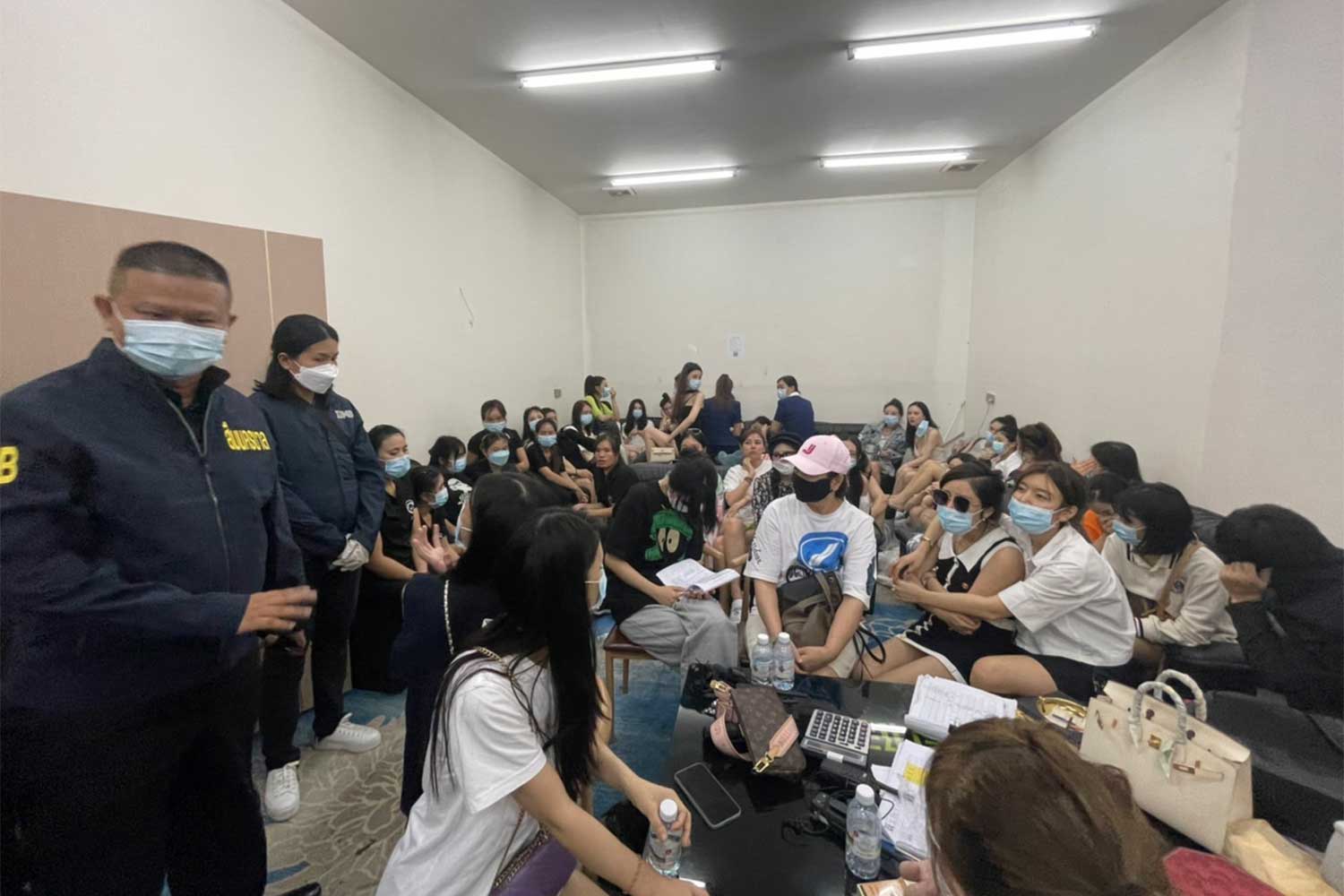 More than 200 Chinese customers detained during the raid on the illegal nightclub in Yannawa area. (Photo supplied/Wassayos Ngamkham)