Pair caught after Yannawa club raid had been in country illegally for 20 years, say police

Low Gin Ang, 53, is one of two Singaporeans arrested in front of a hotel in Din Daeng for allegedly selling drugs to foreign and Thai pub-goers. (Photo supplied/Wassayos Ngamkham)

Two Singaporean men arrested on charges of selling drugs to foreign pub-goers had been living in Thailand illegally for more than 20 years, police said on Thursday.

The arrests followed a raid on a nightclub in Yannawa district on Wednesday, said Pol Gen Chinnaphat Sarasin, a deputy national police chief and head of the narcotics prevention and suppression centre.

A total of 104 customers, 99 of them Chinese nationals, tested positive for drugs during the raid on three adjacent buildings illegally operating as a nightclub. A search of the karaoke rooms and other areas inside the buildings found at least 300 sachets of illicit drugs.

Seized from the Singaporean suspects’ hotel room was a vacuum sealer, sachets to contain drugs, three large loudspeakers that were used for hiding drugs, 2,050 speed pills, 482.5 grammes of crystal methamphetamine, 151 sachets containing ecstasy pills, 10 grammes of ketamine, one gramme of cocaine, eight sachets of “happy water” (a combination of several illicit drugs), one pistol, 84 rounds of bullets and other items.

The two men have been charged with selling drugs, illegal possession of firearms and illegal entry. (Story continues below) 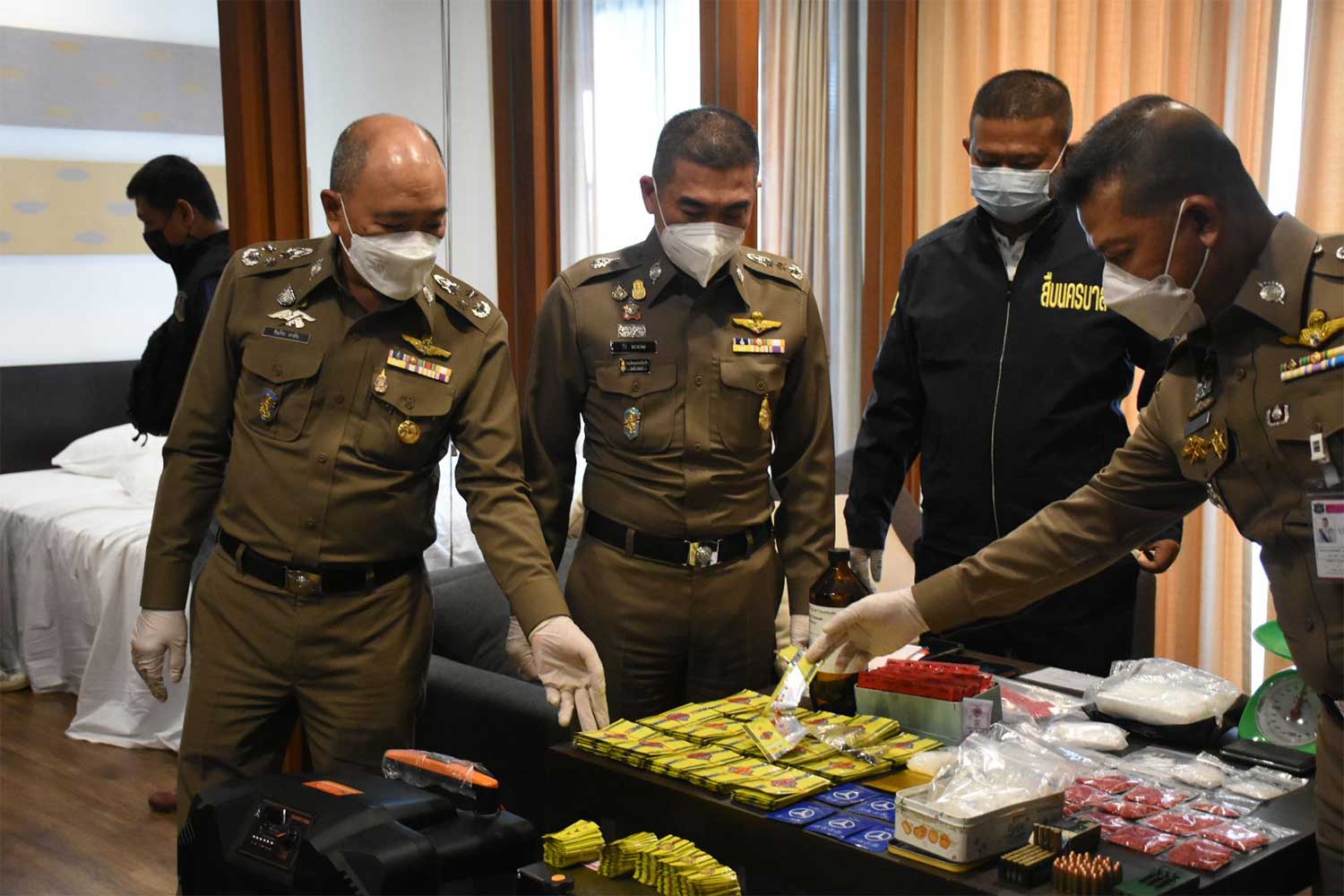 Pol Lt Gen Chinnaphat said an extended police investigation had found that a Singaporean national known as Mr Seng — a chemist, according to a police source — sold drugs to foreigners, particularly Chinese nationals, at pubs and other entertainment venues.

During questioning, the pair confessed to all the charges, according to police. They told officers that they had ordered the drugs from Laos. An agent there concealed them in speaker cabinets and shipped them to Thailand via a transport firm.

The suspects said they picked up the drugs near Hua Lamphong railway station. They frequently changed the rooms they used to store the drugs to avoid being arrested.

The two men also confessed to having entered the country illegally more than 20 years ago. They were handed over to Narcotics Suppression Bureau investigators for legal action. 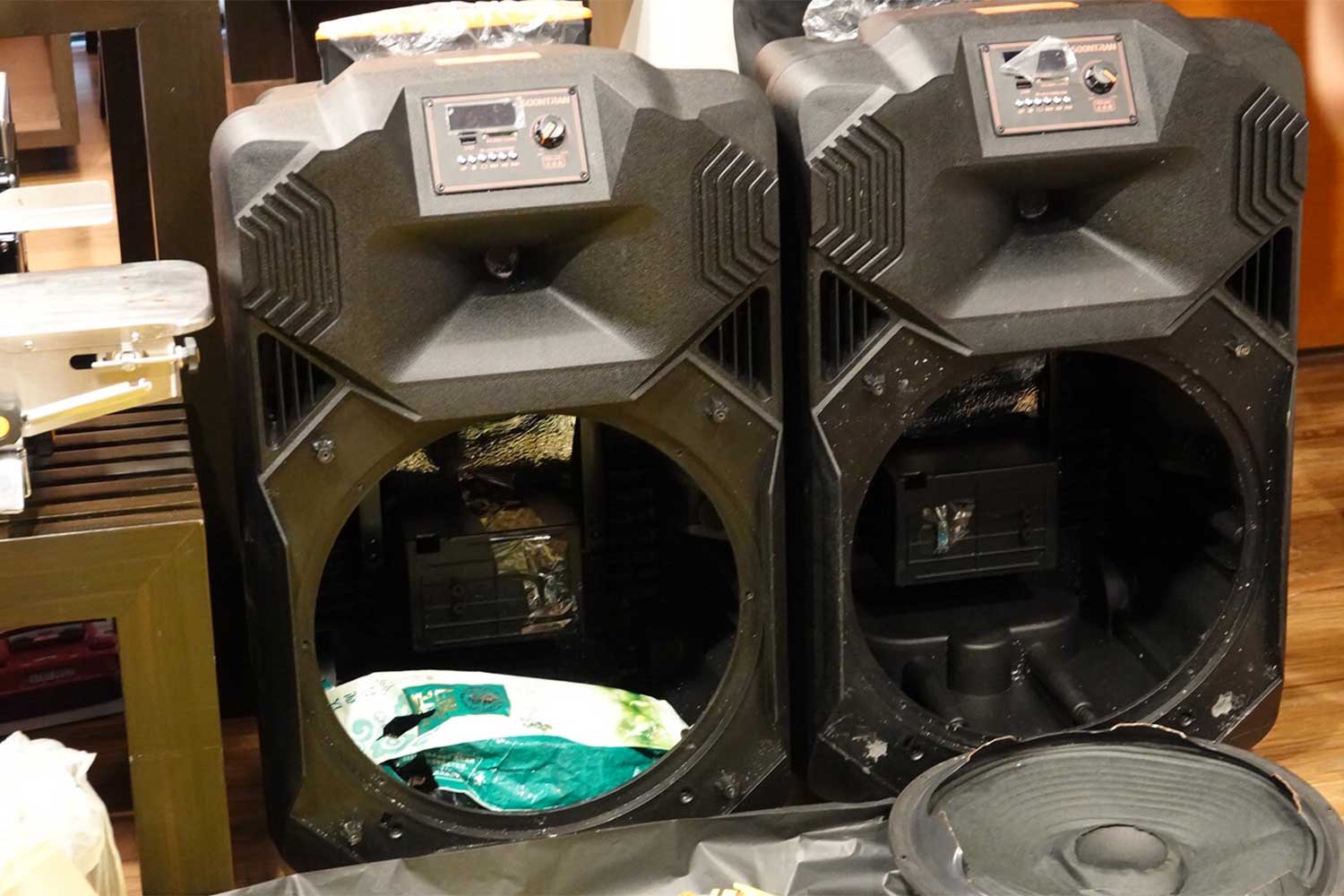