An artist's depiction of the the fifth Thai-Lao friendship bridge that will link Thailand's Bueng Kan province and Bolikhamxai province of Laos across the Mekong River. (Screenshot)

Prime Minister Prayut Chan-o-cha and his Lao counterpart Phankham Viphavanh agree there should be more bridges linking their countries across the Mekong River, the government spokesman said.

They also agreed on the need to link the Thai rail network with the new Laos-China railway line.

Anucha Buraphachaisi, the PM's secretary-general, said the two men agreed on this while attending a ceremony to lay foundation stones for the fifth Thai-Lao friendship bridge on Friday. The ceremony was held on both sides of the Mekong River, in Bolikhamxai of Laos and then Bueng Kan province in Thailand.

"This bridge will provide another convenient route for visits between people along the border and there will be more bridges at other locations," Mr Anucha quoted Gen Prayut as saying.

The two prime ministers were confident the fifth bridge would stimulate economic development in both countries and facilitate transport between Thailand, Laos and Vietnam, the spokesman said.

They also discussed development of Thai-Lao railway links and the need to reduce obstacles to the connection of the Thai railway network to the railway line between Laos and China, and maximise its use, Mr Anucha said.

The fifth Thai-Lao friendship bridge is a cable-stayed structure, part of the 16.34-kilometre-long route between the two countries.

The longest approach is on the Thai side. It starts from the 123 kilometre marker of Highway 222 in Bueng Kan, then passes through Bueng Kan municipality, across the Mekong River and adjoins Highway 13 in Bolikhamxai. It will facilitate use of routes from Laos to Vietnam and southern China.

Construction started in 2020, is 56% completed and the new bridge is expected to open to traffic in 2024. 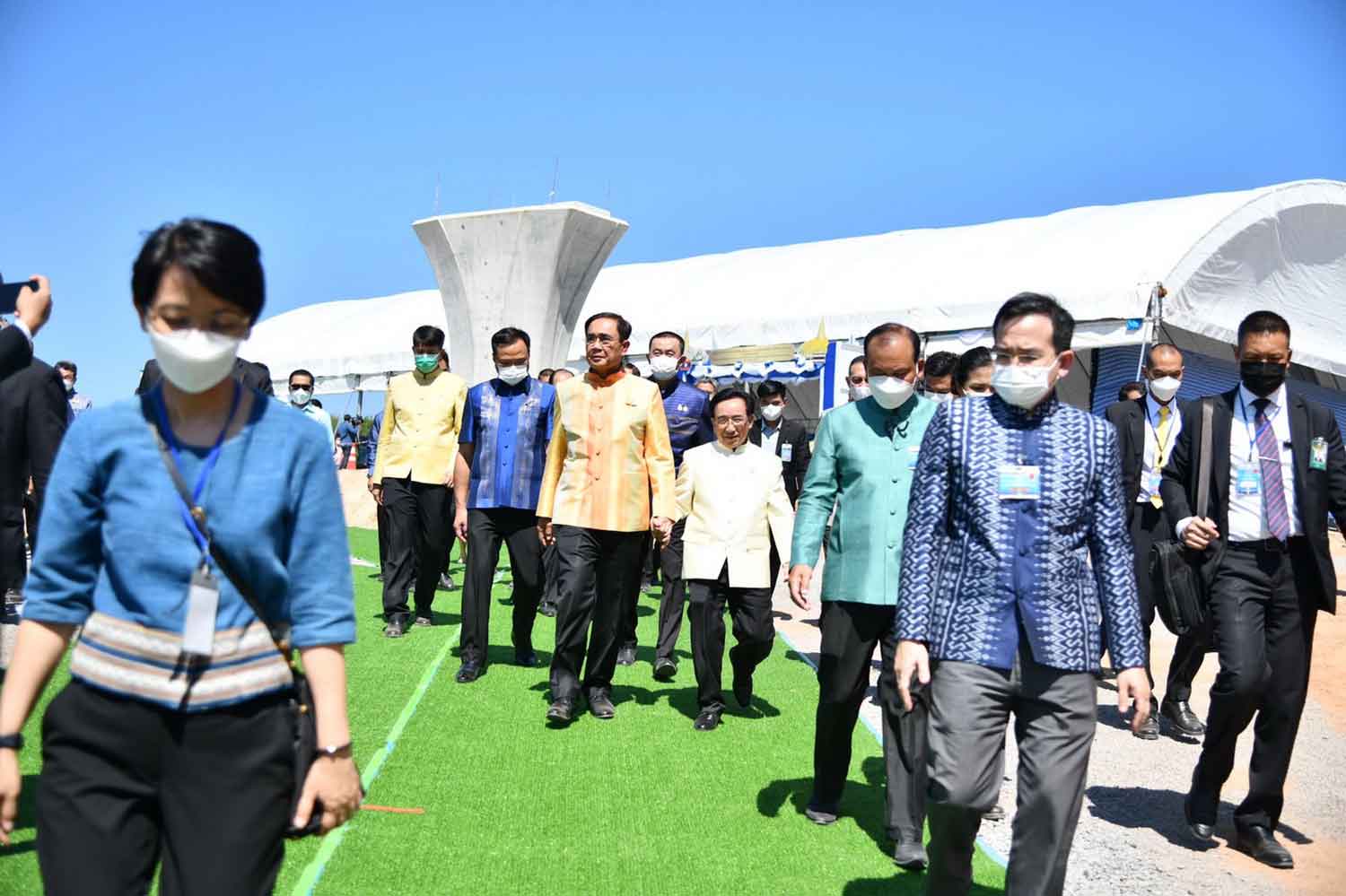