Top brass confident ahead of summit

A security drill ahead of the Asia-Pacific Economic Cooperation summit in Bangkok from Nov 18–19. (Photo: Royal Thai police)

Security measures are now in place for the 29th Asia-Pacific Economic Cooperation (Apec) summit in Bangkok on Nov 18-19, says the national police chief.

Meanwhile, his deputy Pol Gen Chinnapat Sarasin, who has been assigned to oversee security arrangements and traffic management, told the Bangkok Post that about 25,000 police will be mobilised from across Bangkok and surrounding provinces.

Some will be deployed along the routes of summit participants' motorcades while others will be positioned on the top of high-rise buildings to monitor the situation and ensure the safety of delegates.

Others will provide security at the hotels of the delegates, Pol Gen Chinnapat said.

He said some roads will be closed temporarily to make way for rehearsals of the motorcades from the guests' hotels to the Queen Sirikit National Convention Center (QSNCC), which may affect motorists.

The first two took place at 4pm and 10pm on Sunday with another set for 10pm on Thursday and the final rehearsal arranged for 10pm on Saturday, he said.

Pol Gen Chinnapat said security authorities also are keeping a close watch on the movements of activists as well as insurgent groups from the southern border provinces who may cause disturbances during the Apec meet.

Prime Minister Prayut Chan-o-cha and his deputy Prawit Wongsuwon are concerned about the matter and instructed all security agencies to gather intelligence to prevent unrest, Pol Gen Chinnapat said. 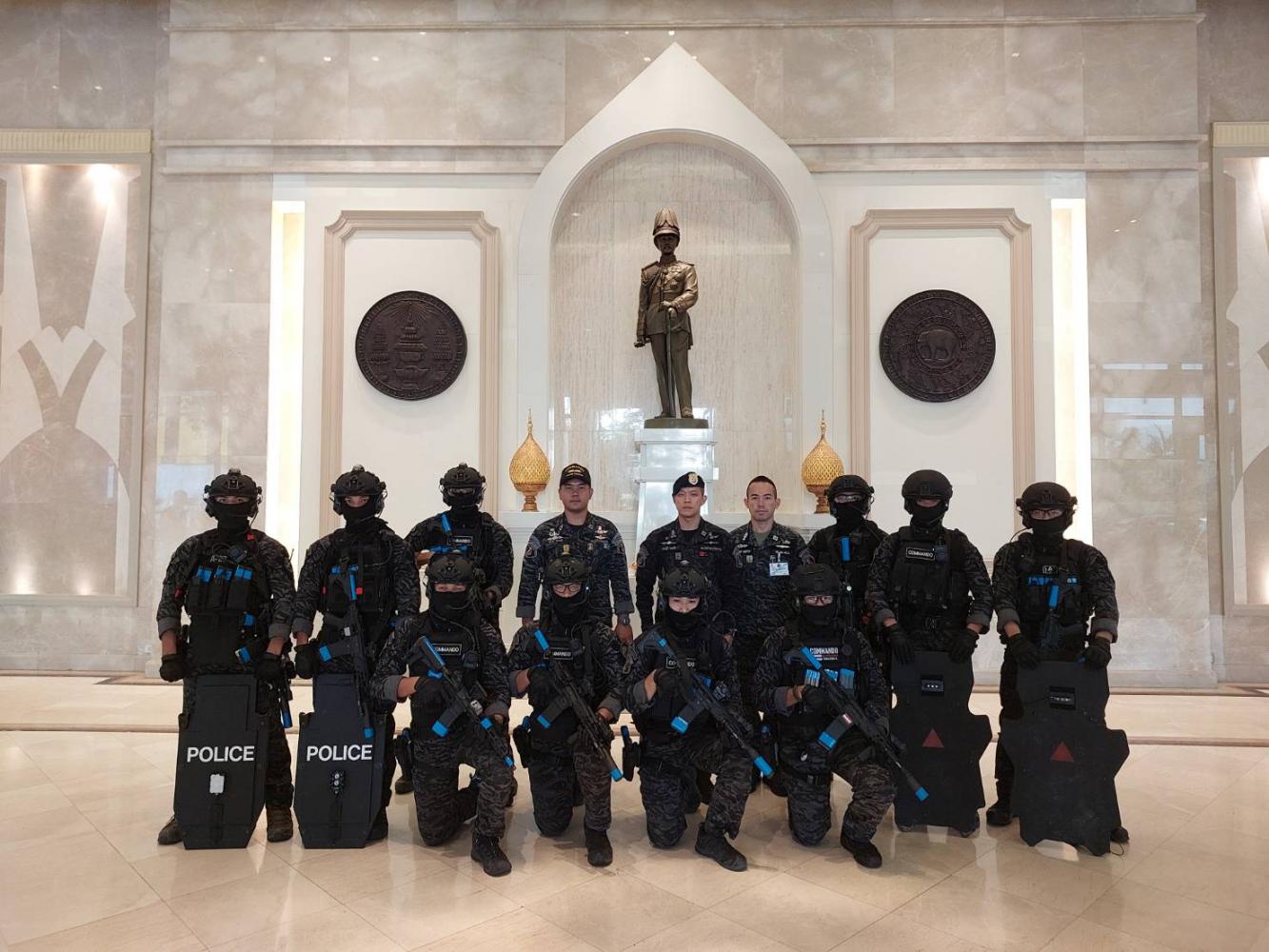 left and below  A special police squad prepares for a security drill ahead of the Asia-Pacific Economic Cooperation (Apec) summit in Bangkok from Nov 18–19. Photos By ROYAL THAI POLICE

"Police are monitoring all political and insurgent groups. Members of the public are also encouraged to help watch out for any suspicious activities and alert police to them," he said.

"Political activists should avoid [creating problems] for the sake of national interest.

"Thailand is hosting a major international event which will help promote the country and boost tourism," he said.

A security source said some insurgent groups from the far South may turn up in Bangkok during the summit and cause disturbances that draw attention from the international community while some protest groups may also hold activities that could disrupt the meeting.

"Security agencies are monitoring them closely," the source said.

Pol Gen Chinnapat said about 50 security checkpoints will be set up to maintain order around the clock.

Protest groups that want to draw world leaders' attention to their causes can lodge complaints with the Foreign Affairs Ministry, but they will not be allowed to enter the summit's venue, he said.

Pol Lt Gen Jiraphob Bhuridej, commissioner of the Central Investigation Bureau, said he has been assigned by the national police chief to oversee intelligence gathering.

Marine police units will be deployed to maintain security on waterways, particularly along the Chao Phraya River as Apec participants will have a gala dinner at the navy auditorium by the river on the evening of Nov 18.

The RTP's elite units have also been assigned to deal with any disturbances that may arise during the Apec meeting, Pol Lt Gen Jiraphob said.

According to the latest announcement by the RTP, road closures will take effect around the clock from Nov 16 to 19 on Ratchadaphisek Road between the Asok Montri and Rama IV-Klong Toey intersections.

The government has declared Nov 16-18 to be public holidays in Bangkok, Nonthaburi and Samut Prakan during the Apec meeting.