Some of the 64 cars seized during raids on seven locations in Nonthaburi are displayed by Crime Suppression Division police. (Photo supplied/ Wassayos Ngamkham)

Of the seized vehicles, 22 were found to be evidence in cases filed with police by victims of the gang, said Pol Lt Gen Jirabhop Bhuridej, commissioner of the Central Investigation Bureau.

The CSD began its investigation after receiving complaints that the gang had opened three Facebook pages to encourage people to mortgage their vehicles with them. Many car owners responded.

After car owners raised the money to redeem their pledged vehicles, the gang refused to return them. The complainants later learned that their vehicles had been resold.

An initial investigation found that more than 140 cars that had been pledged with the gang had been resold.

Pol Col Bunlue Phadungthin, chief of CSD sub-division 3, said his officers got their first break when they located a blue Honda Civic at a property in Bang Bua Thong district of Nonthaburi. The car’s owner had earlier filed a complaint with Samet police in Chon Buri. The occupant of the property could not tell the origin of the car and later admitted that it was a mortgaged vehicle that he planned to resell.

The investigators then extended the investigation, which led to searches at seven locations in Nonthaburi.

A total of 64 cars were seized from two men, identified only as Chuchai and Ratchawat, who were alleged members of the theft gang. Twenty-two of the vehicles were linked to missing-vehicle cases filed with police in Chon Buri and Chachoengsao, said Pol Col Bunlue.

The duo were held in police custody for legal action and the investigation is being expanded to arrest other members of the gang. 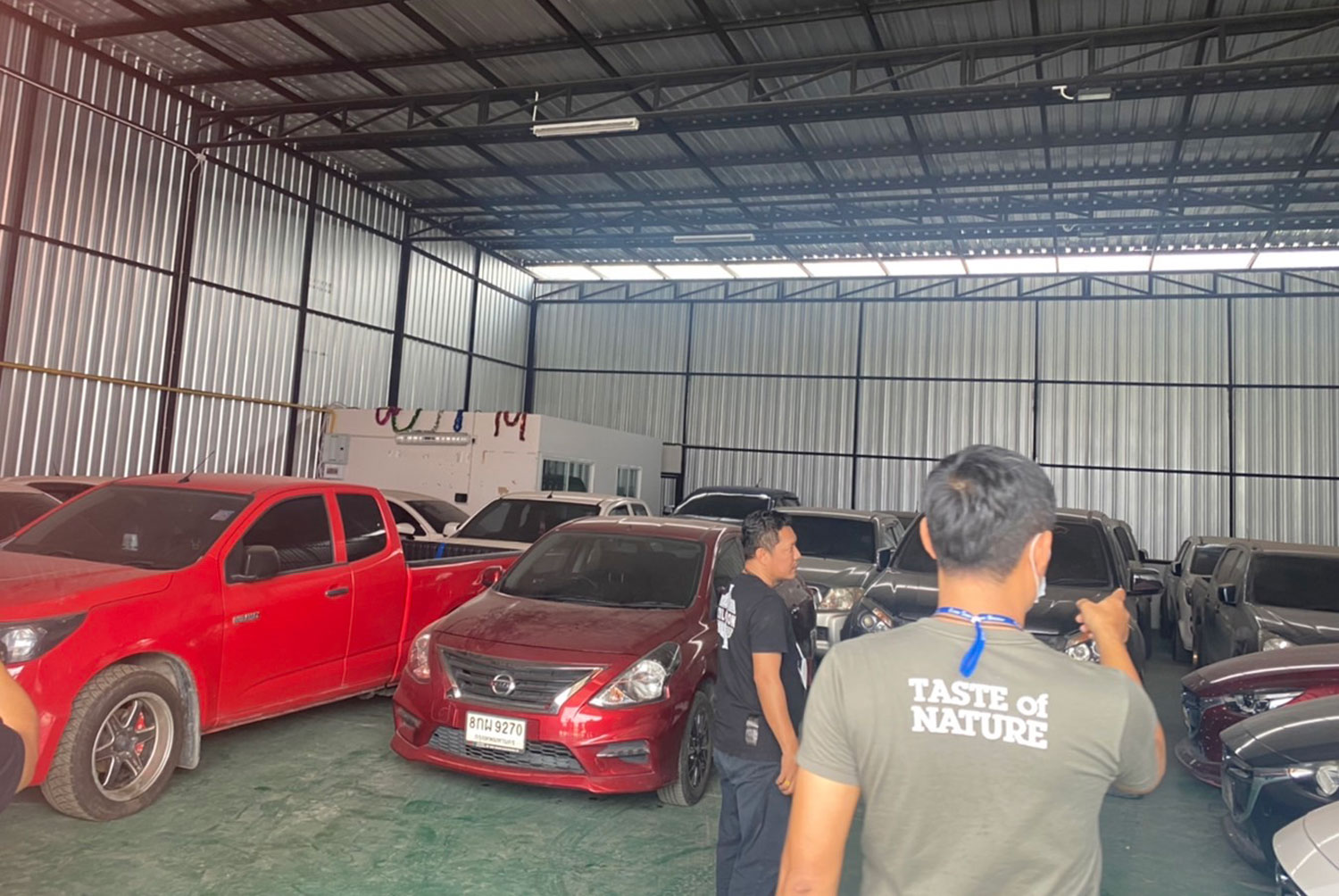