A finless porpoise and a Bryde's whale in the Upper Gulf. (Photo: Marine and Coastal Resources Department)

A research team spotted the three endangered species during a survey of rare and endangered marine species in the region recently.

A pod of Irrawaddy dolphins (Orcaella brevirostris) was found at the Tha Chin River delta in Samut Sakhon as well as off the coast of Ban Laem district in the northeastern part of Phetchaburi.

A pod of finless porpoises (Neophocaena phocaenoides) was also spotted close to the shore of Samut Sakhon.

The research team found 12 Bryde's whales (Balaenoptera edeni) along the coast of Samut Sakhon. They were able to identify six by photo ID as the team has been recording them for years, the department said. The team gave them the following names: Chao Mee Sap, Chao Kwan Khao, Chao Sa Rin, Chao Wan Rung, Mae Sakhon and Mae Wan Dee.

Veterinarians performed medical checks on eight Bryde's whales and found they were generally in good health. However, the vets found tattoo-like scarring on seven of the whales. One also had a scratch on the right side of its body.

They will keep an eye on the whales' health and keep conducting surveys on rare and endangered species in the area, the department said. 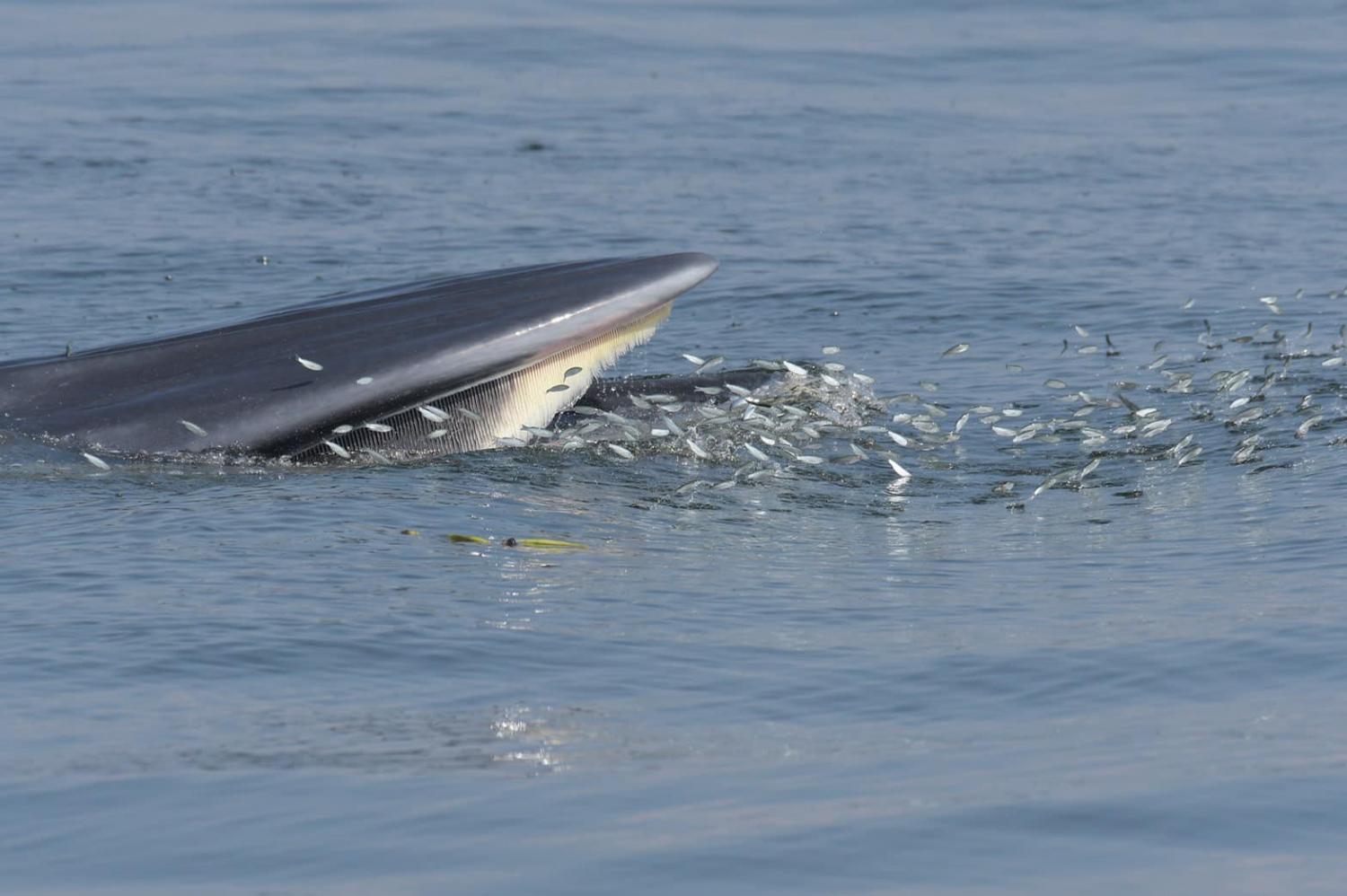 A finless porpoise and a Bryde's whale in the Upper Gulf.