Veterinarians at the Sea Turtle Conservation Centre examined the 20-year-old female turtle on Sunday. They found 100 grammes of fishing net and other rubbish, more than two kilogrammes in total, in its stomach and gut, the centre said on its Facebook post on Sunday night.

The dead turtle was found washed up on Kinnaree beach on Sunday morning and sent to the navy's turtle conservation centre for examination.

The centre said it could not determine when the turtle died, but the sea garbage it consumed was the cause of death.

The marine reptile had previously been microchipped and vets were tracking its past movements from the  ID number.

The centre did not give the turtle's weight, saying only that its shell was 90 centimetres wide and 96.5 centimetres long. 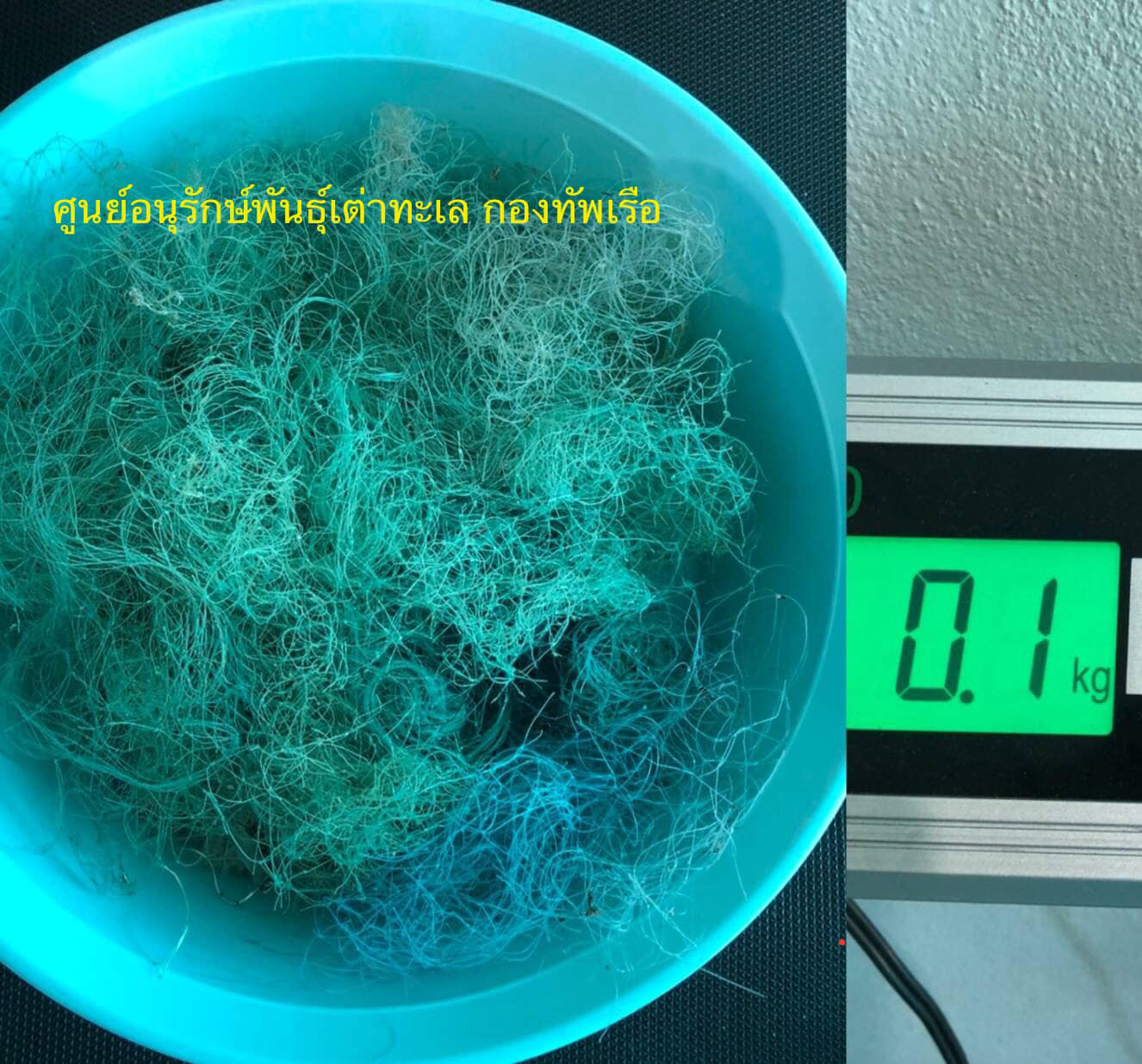