Police seize a Porsche and other luxury cars for examination during raids on 11 locations in Bangkok and Samut Prakan on Tuesday. (Photo supplied/Wassayos Ngamkham)

During the raid, two houses,  a Toyota Alphard,  contraband products such as Chinese cigarettes and bottles of wine, three safes, e-cigarettes, sets of gambling cards and some brand-name bags were confiscated for examination, said police.

Another police team raided luxury condominium rooms in Thon Buri area of Bangkok and seized cash, title deeds and luxury cars – including a Porsche 911, a Mercedes Benz G Class and a Toyota Alphard – for examination.

Pol Gen Torsak said the police teams searched 11 locations as they extended the investigation into Chinese nationals who allegedly run grey businesses in the country. 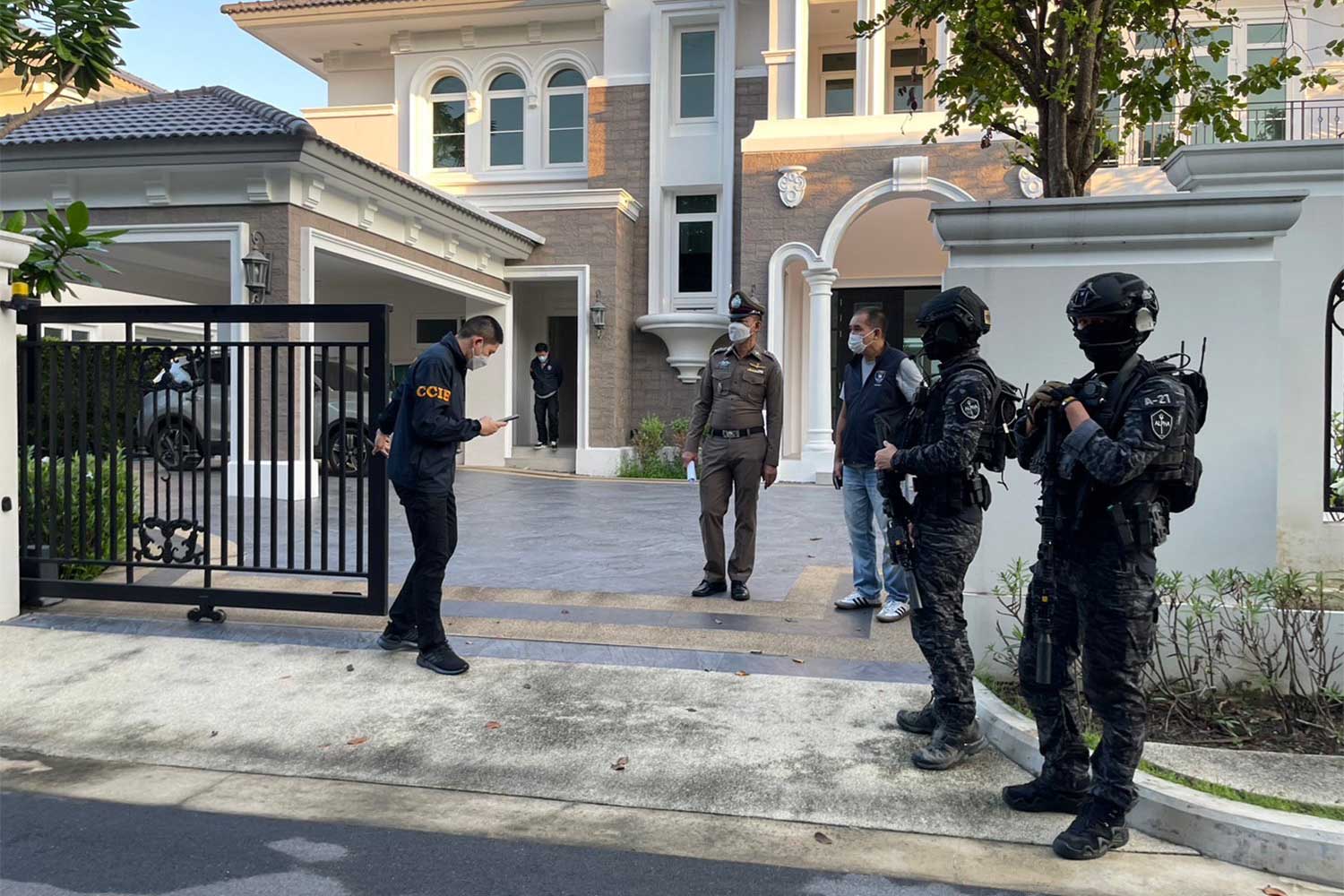