A photo on Facebook on Nov 26 by a Pattaya local allegedly shows boys smoking cannabis along the southern part of the beach during the Pattaya International Fireworks Festival.

A photo depicting two minors smoking pot along Pattaya Beach that went viral has prompted Public Health Minister Anutin Charnvirakul to call on the police to enforce the law.

Mr Anutin, who is also a deputy prime minister, on Friday expressed concern over the photo.

"How those youths acquired ganja is certainly a breach of the law. Police have to find the seller," he said.

"Even if they were given ganja by their family members, legal punishment has to be enforced."

However, he was sceptical about whether the photo was "choreographed" beforehand for unknown reasons.

He said the cannabis bill, still currently in the works, does not encourage the recreational use of the plant. It only aims to promote medicinal cannabis for the benefit of society and the economy, he said. 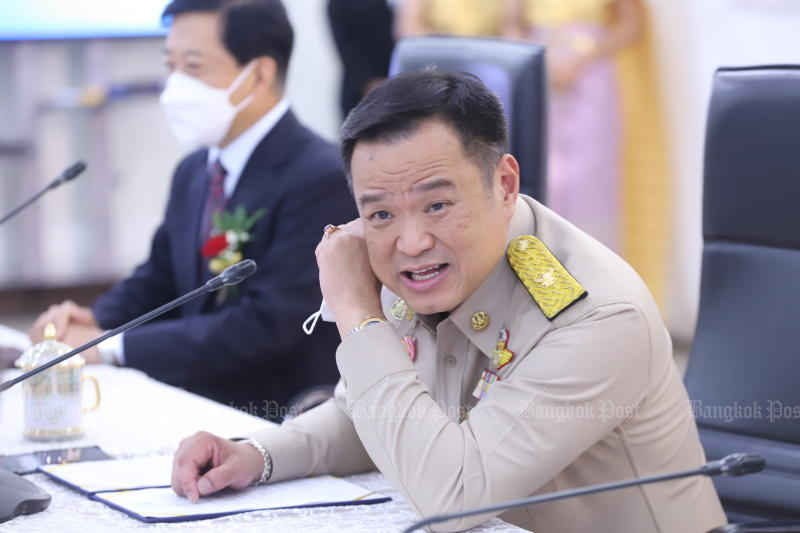 The photo was posted on Facebook on Nov 26 by a Pattaya local. It allegedly shows two 10-year-old boys smoking cannabis along the southern part of the beach during the Pattaya International Fireworks Festival.

The photo went viral within a few days, sparking heated social media debate over whether it was appropriate for children to have access to cannabis.

According to media reports, Sadayu Wilawan, a Pattaya City municipal official, found one of the boys yesterday.

He was taking a nap under a coconut tree 100 metres away from where the photo was taken, the reports said.

The boy was 10 years old, the reports said. He reportedly fled from Pattaya's Children and Families Shelter to stay with his grandmother in Chon Buri's Bang Lamung district.

The boy allegedly fought with his grandmother before stabbing her with a knife. He later ran away and was photographed smoking cannabis at the beach, the reports said, adding officials would take the 10-year-old for a health examination before providing help.

Dr Banyat Jettanachan, a Democrat MP from Rayong, told a parliament press briefing that it is uncertain when the cannabis control law will be passed by parliament as reviewing drafts takes time.

"I would like to ask the authorities in the Public Health Ministry that if those pot-smoking children were yours, how would you feel? Doctors should prioritise safety [...] over [economic] benefits," Dr Banyat said.