Police and rescue volunteers from Pithak Kan Foundation rushed to the scene and found a Toyota pickup truck with Bangkok licence plates on the road with its front badly damaged. 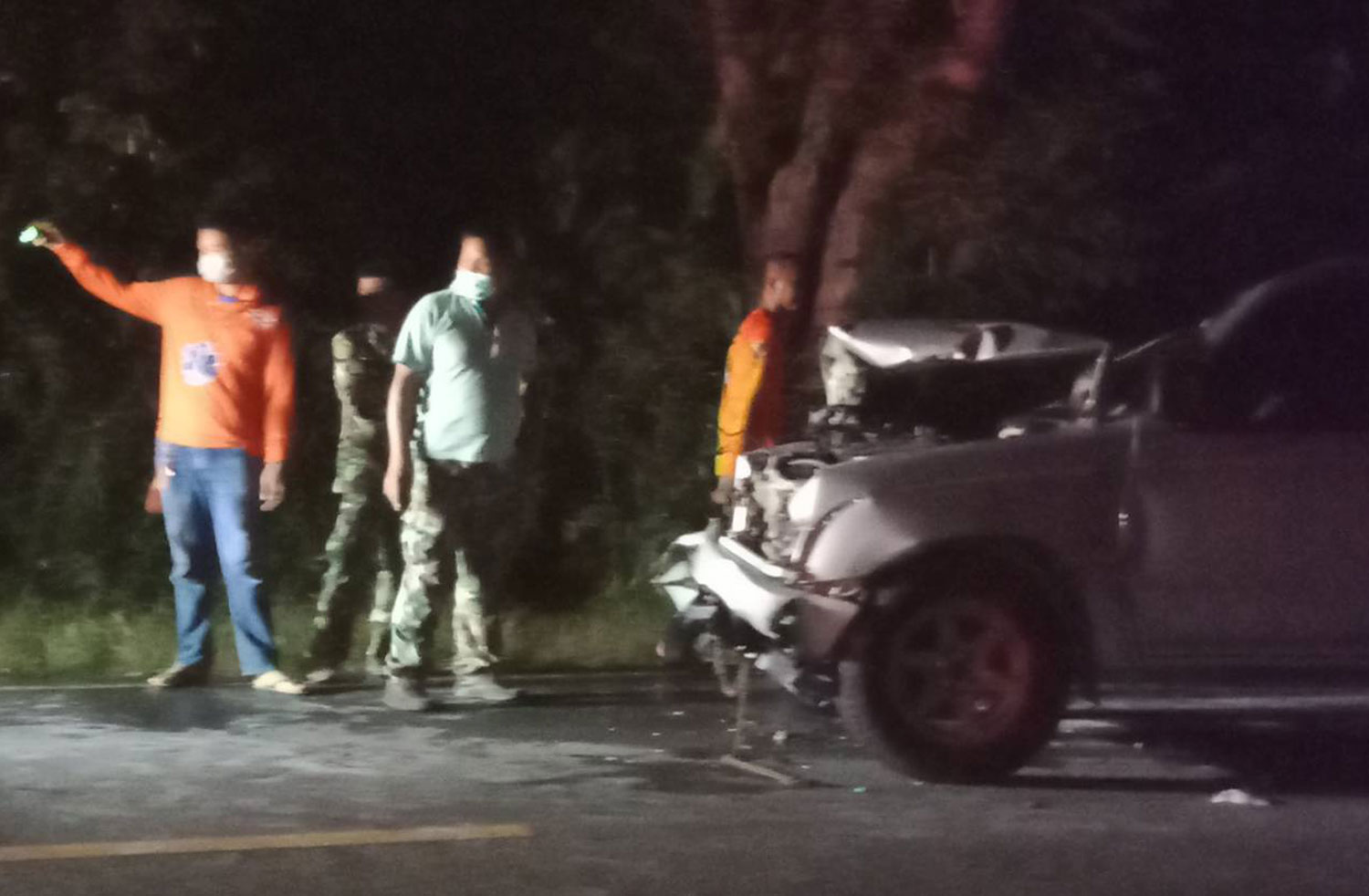 The front section of the pickup truck is damaged with the driver and a passenger injured after the vehicle hit a wild elephant in Muang district of Kanchanaburi province. (Photo: Piyarat Chongcharoen)

According to a police investigation, the pickup hit the elephant as it was crossing the road. Police believed the driver might have failed to notice signs warning motorists of wild elephants crossing the road, and the area was quite dark.

After being hit, the animal fled into the forest. There were blood strains on the road leading to the forest route.

Paitoon Intarabut, chief of the Salakphra Wildlife Sanctuary, had ordered wildlife sanctuary rangers to track down the injured elephant for treatment.