No injuries but heavy damage, as authorities find 2-metre-deep blast crater on tracks

A man stands next to a derailed freight train following a loud bang that sounded like a bomb blast on a track between Hat Yai and Padang Besar stations in Songkhla on Saturday afternoon. There were no injuries. (Photo supplied/Assawin Pakkawan)

Authorities say a bomb planted on the tracks was responsible for the derailment of a freight train in Sadao district of Songkhla on Saturday. No injuries were reported.

The incident occurred as cargo train No.707 operating between Hat Yai and Padang Besar was approaching the Khlong Ngae railway station in village Moo 2 in tambon Tha Phor shortly after noon. The train derailed after a loud bang that sounded like a bomb blast occurred on the track, Thai media reported.

A subsequent inspection of the scene by State Railway of Thailand officials and officers from security agencies found that the derailment was caused by a bomb blast, which left a crater about 2 metres deep. Authorities believed a home-made bomb was planted to target the train, said a source.

Eleven of the 20 cars went off the tracks, which were also badly damaged. The four train staff — two drivers, one technician and another staffer — were unhurt. The train was reportedly transporting rubber sheets to Malaysia.

A plan to salvage the derailed train and repair the damaged tracks would begin on Sunday after bomb disposal officers cleared the area. The Hat Yai-Padang Besar route may need to be closed for several days for repairs, said a source. 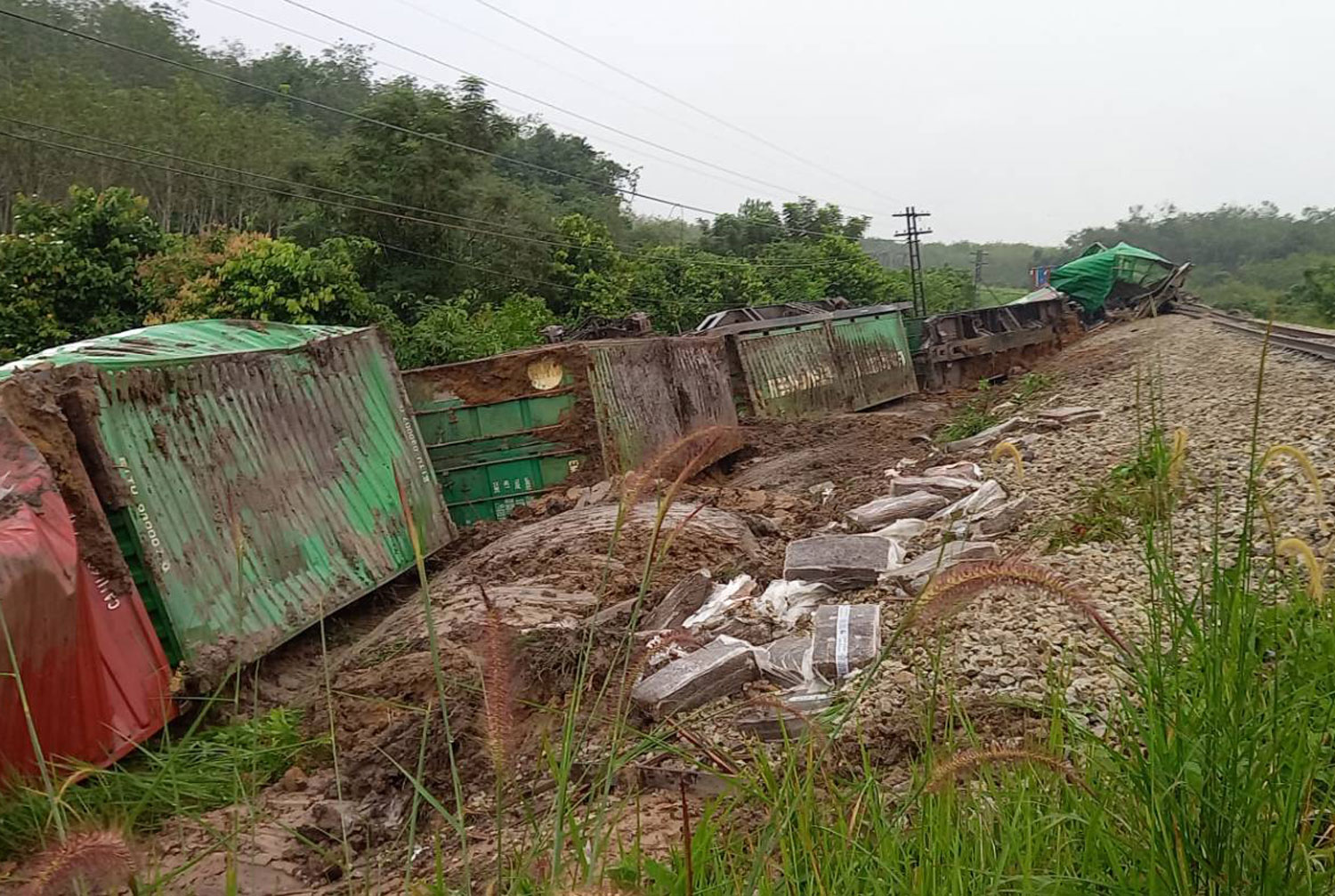 Eleven of the 20 cars on the Hat Yai-Padang Besar line went off the tracks. (Photo supplied/Assawin Pakkawan) 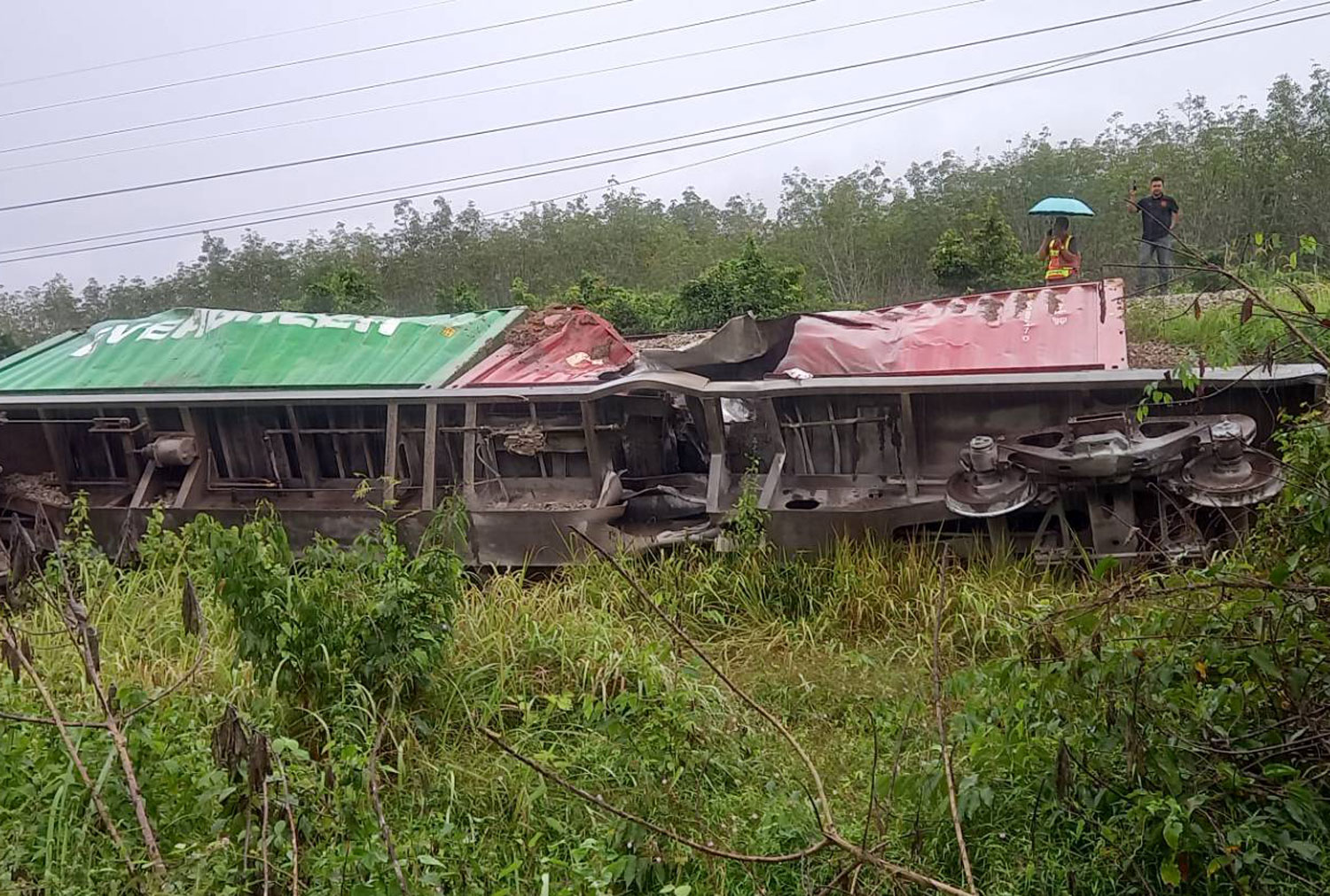