E-tickets for traffic violations in use since May
Thailand
General 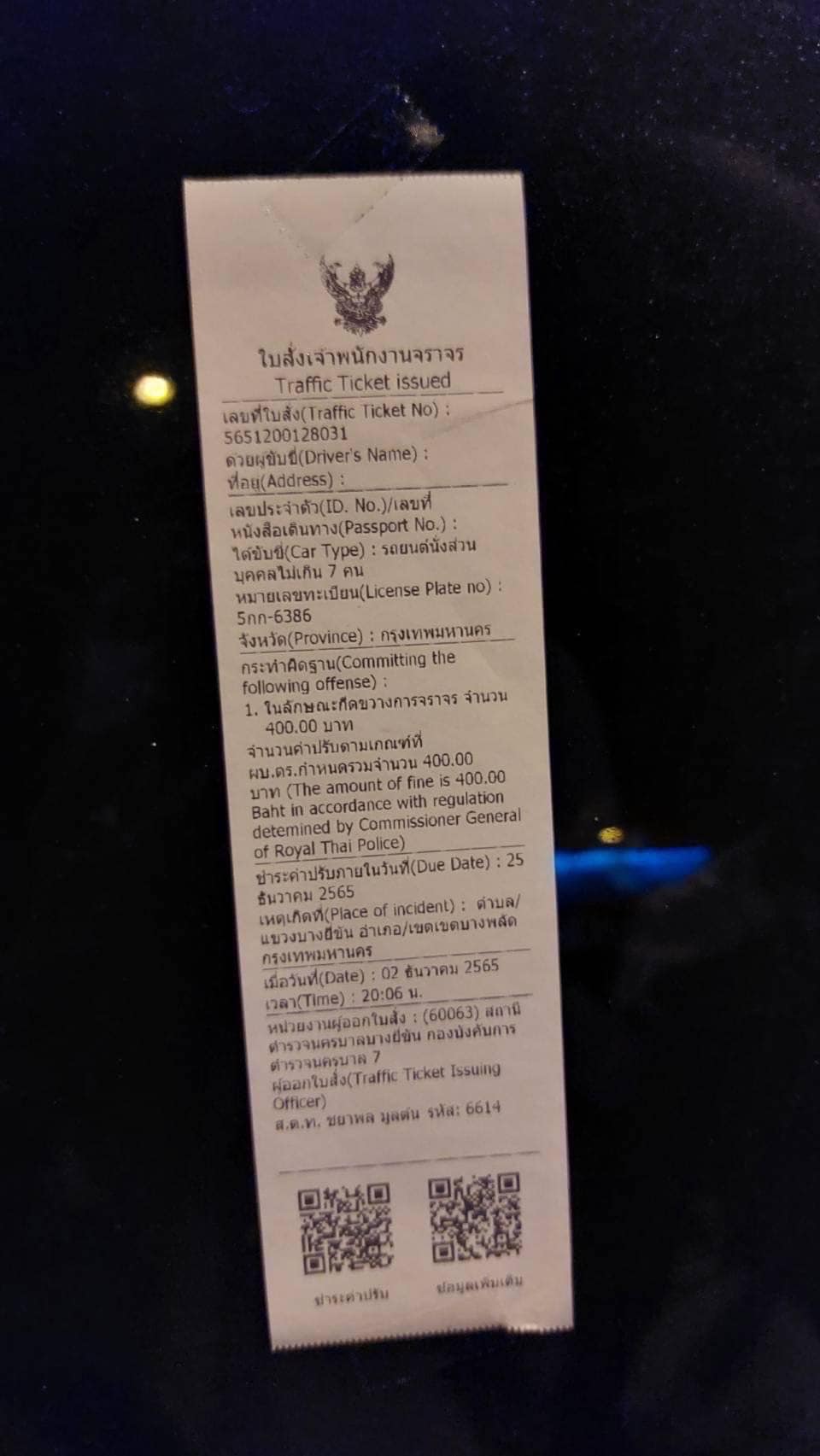 The spokesman's clarification came after Dr Thiravat Hemachudha, a well-known neurologist and professor at the Faculty of Medicine, Chulalongkorn University, posted on his Facebook page a photocopy of an e-ticket with a message: "On seeing a ticket like this pasted on your car window, absolutely don't scan it. It's a fake."

Pol Maj Gen Achayon said he had checked and found it was a real e-ticket, issued by Bang Yi Khan police.

He went on to explain that the Royal Thai Police has since May this year issued e-tickets for traffic violations, using portable computers loaded with the Police Ticket Management (PTM) application.

With a portable computer, a traffic police officer can print out an e-ticket on seeing traffic law violations such as not wearing a safety helmet, using a mobile phone while driving and violating traffic signs.

An e-ticket contains information on the charge, the amount of the fine, the date and time of the traffic violation, the location, the vehicle's registration, the violator's driving licence, the name of the police officer who issues the ticket and his work unit.

The e-ticket also has a QR code for people to pay the fine via mobile banking and a QR code for them to check the ticket on a website.

There are currently three types of traffic tickets: