National park staff in a pickup truck try to keep wild elephants away from the road in Khao Yai, Nakhon Ratchasima, on Monday. (Photo: Prasit Tangprasert)

Park officials closed the road and did not allow vehicles carrying tourists to proceed with their journey out of the park for safety reasons after a herd of about 10 wild elephants began roaming along the road as it was getting dark.

The jumbo jam stranded a large number of tourists and more than 100 vehicles for about an hour. They were allowed to proceed when the park officials were able to shepherd the elephants off the road.

Nathaporn Kwangpimai, a tourist, said she was excited to have an opportunity to take pictures of the wild elephants of Khao Yai from a close range.

Ms Nathaporn said the elephants looked very calm and peaceful, not showing any signs of aggression. In her view, the elephants had provided the tourists with added excitement. 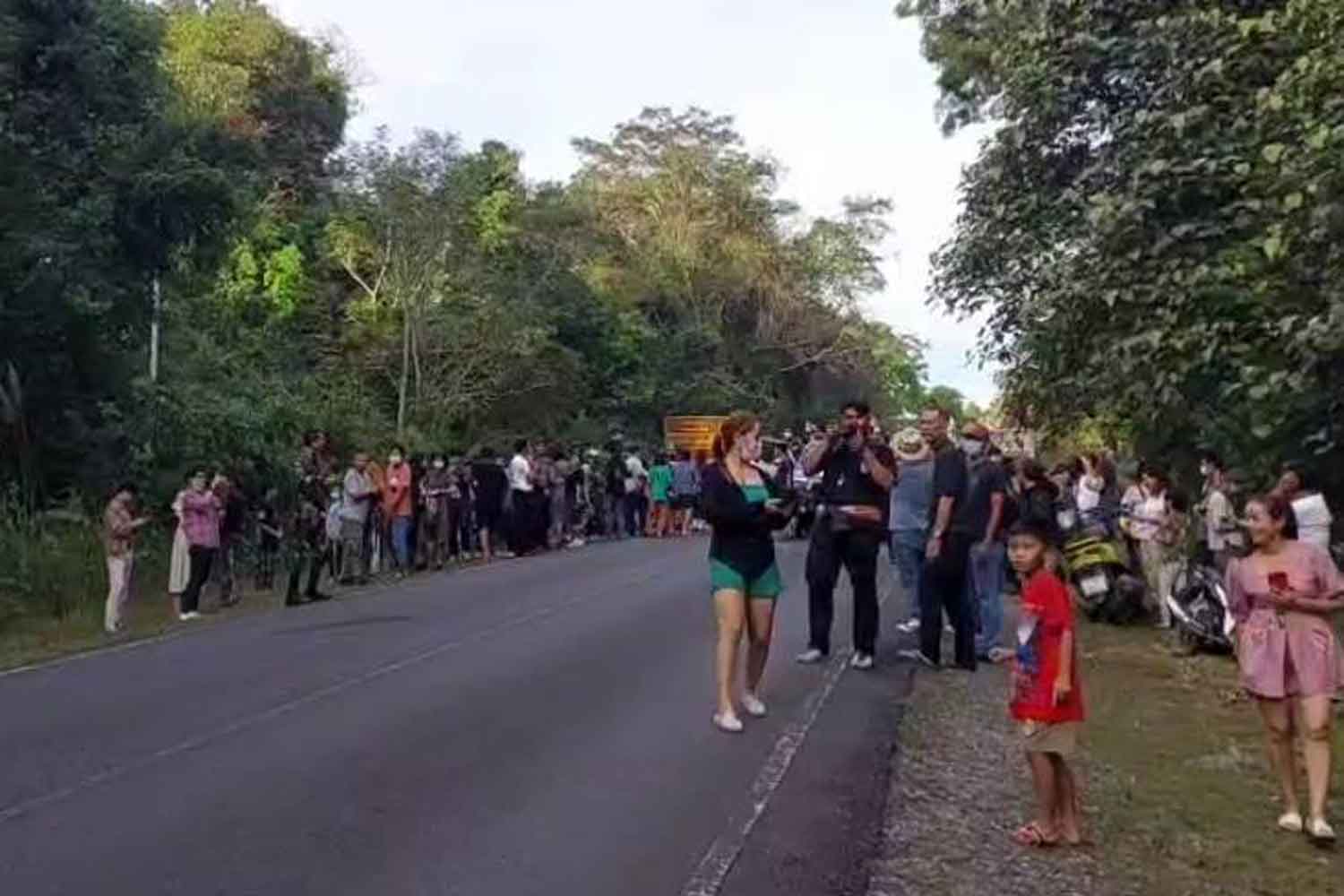 A large number of tourists were stranded on a road out of Khao Yai National Park in Nakhon Ratchasima after the road was blocked by a herd of about 10 elephants on Monday afternoon. (Photo: Prasit Tangprasert)