The three-day Songkran festival is expected to generate at least 4.5 billion baht of tourism revenue in 13 provinces.

The Tourism Authority of Thailand (TAT) said the New Year celebrations have been very lively in every province.

TAT governor Suraphon Svetasreni said the festival draws many revellers, especially in 13 provinces where large-scale celebrations partially sponsored by the government are held.

But Songkran tourism in the Northeast is down from last year, Samer Jindapong, deputy chairman of the Regional Tourism Federation of Thailand said.

He said the Northeast region as a whole could see Songkran revenue dip to seven billion baht from 10 billion baht last year. 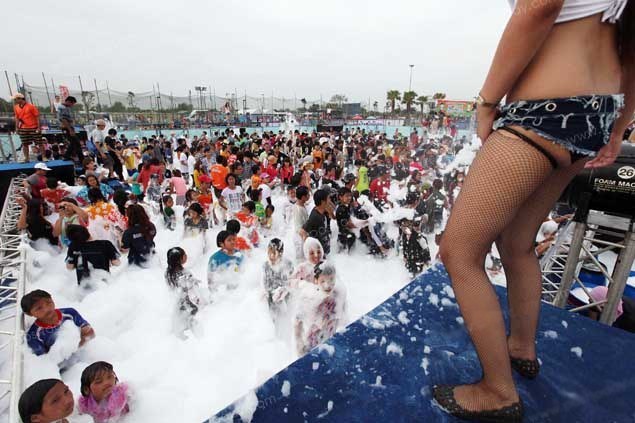 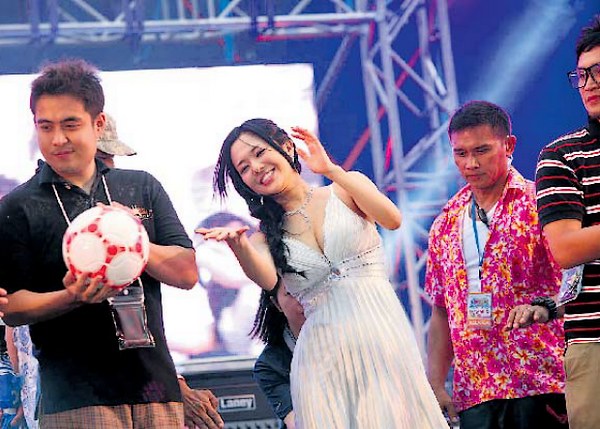 Japanese AV performer Sora Aoi is presented to fans and others at the celebrations in Buri Ram. (Photo by Pattarachai Prechapanich)

Conservative critics decried the showcasing of pornographic actors during the festival.

In Bangkok, businesses on Khao San Road have employed at least 50 more security staff, bringing their number to 200 yesterday.

The road has turned into a sea of revellers, about 60% of them foreign tourists, since the Songkran period began on Friday, Piyabut Jiwaramonaikul, president of the Khao San Road business enterprise association, said.

Friday's celebration alone was estimated to have produced at least 13 million baht in tourism revenue for Khao San Road, he said.

But some partygoers have been getting out of hand elsewhere, with complaints of lewd conduct filed with police in Ayutthaya yesterday.

Residents alerted police to a topless transvestite dancer atop a vehicle near Jao Prom market in central Ayutthaya on Friday.

The dancer put on a provocative performance in front of the crowd of revellers and took his top off, revealing his breast implants.

Police arrived later but found the dancer had left the area. He returned after the police had gone. 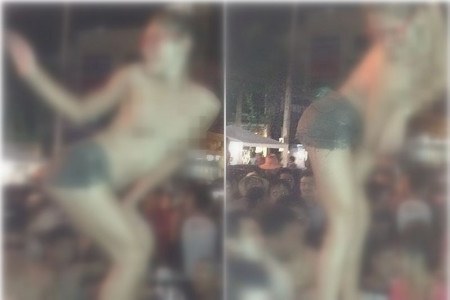 These are the "approved" version of photos of a transvestite who danced topless in Ayutthaya - and now faces charges of lewd conduct.

Ayutthaya city centre was packed with people throwing water at each other on the main streets.

The inner city zone was off-limits to vehicles carrying large containers of water.