The verdict was issued on one of five murder cases against Somkid, 48, a native of Nakhon Si Thammarat, who went by several names, including Chuchart Charnchai, Chuchart Kingkaew, Wichai Promphan and Suwat Charnnarong.

The Criminal Court found Somkid guilty of the premeditated murder and robbery of Sompong Pimpornpirom, 25, a masseuse, at Piya Mansion in Buri Ram, on Jun 20-21, 2005.

The court was told the suspect had met the victim at a hotel in downtown Buri Ram before taking her to Piya Mansion. They had sex and while Sompong was asleep, Somkid strangled her to death and took her belongings including a gold ring and necklace worth 12,200 baht.

The court handed down the death penalty to Somkid but commuted the sentence to life imprisonment because  he confessed.

Somkid is also serving life for killing four other women in other provinces in the same year.

The Criminal Court sentenced Somkid to life terms for three of the four cases and to death for the killing of masseuse Phongphan Sapchai at a hotel in Lampang. The Appeals Court later reversed the lower court's ruling in Phongphan’s case and sentenced him to life imprisonment.

Friday’s case is the third case for which Somkid appealed the ruling. 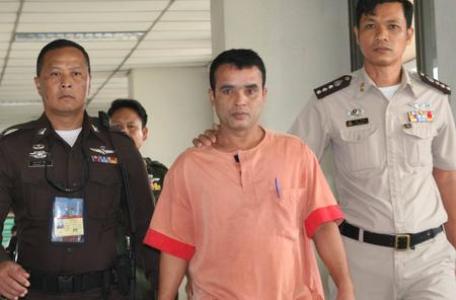 This file photo was taken in early 2010 when the court sentenced Somkid to life imprisonment in connection with murder and robbery of Sompong, one of the five victims. Photo by Surapol Promsaka na Sakolnakorn

The Corrections Department has found another 1,219 people infected with Covid-19, six of them in critical condition, in three prisons in Greater Bangkok.