A defendant in the disappearance of Saudi businessman Mohammad al-Ruwaili yesterday cried foul over the Pheu Thai-led government's revived probe into the 22-year-old case. 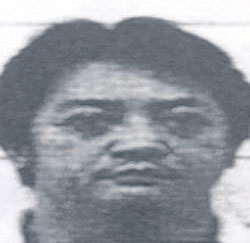 Suwitchai: Thought to be in Cambodia

Pol Lt Gen Somkid Boonthanom, a retired police officer standing trial in connection with the 1990 disappearance of Mr Ruwaili, said he was being used as a "sacrificial lamb" to appease and mend ties with Saudi Arabia.

Pol Lt Gen Somkid's comment followed a report that the government would seek cooperation from a neighbouring country to get Pol Lt Col Suwitchai Kaewphaluek, a key witness, to testify in the case.

Pol Lt Gen Somkid said in a telephone interview with the Bangkok Post yesterday that negotiations are under way to persuade Pol Lt Col Suwitchai to give false testimony against him in exchange for asylum overseas.

Pol Lt Col Suwitchai went into hiding, reportedly in Cambodia, after he was found guilty and given a life sentence in connection with the murder of Lao dissidents.

"It is the government's job to try to restore ties [with Saudi Arabia] and every government has attempted to do so," Pol Lt Gen Somkid said. "But the case is pending in court. So is it proper to use me as a sacrificial lamb to mend ties?"

He said he had been cleared of any alleged wrongdoing in a previous inquiry headed by Pol Gen Pong-ammart Ammartayakul. The probe was launched after Pol Lt Col Suwitchai implicated Pol Lt Col Somkid's men in the abduction of Mr Ruwaili. The "probe committee came up with nothing and decided not to take action against me", Pol Lt Gen Somkid said.

He also accused DSI investigators and prosecutors of violating his rights as a defendant. The DSI and the prosecution had failed to bring Pol Lt Col Suwitchai to the witness stand and the court eventually eliminated him as a witness, he said. The court also petitioned unsuccessfully to get Pol Lt Col Suwitchai's testimony from Cambodia.

He said he has filed a complaint against DSI investigators and the prosecution for abuse of authority. The preliminary hearing is scheduled to be completed at the end of this month.

Pol Lt Gen Somkid, along with four others, were charged with the premeditated murder of Mr Ruwaili, as well as illegal detention, and disposing of the body to cover up the crime.

They served at the Metropolitan Police Investigation Division at the time of the alleged offences.

He said he had been caught in the middle of a conflict between two senior police investigators involved in the Saudi gems theft case. "Twenty years ago when the case was hot, I was a deputy superintendent," he said. "I was a pawn."

"However, I'm not the cause of the sour relationship," he said.

"The problem actually lies with the DSI investigation process and the Foreign Ministry's handling of Bangkok-Riyadh relations."