<B>NARATHIWAT:</B> A 32-year-old female teacher was shot dead by suspected militants in Cho Airong district on Monday despite a security beef-up for teachers in the deep South.

Chatsuda Nilsuwan, who teaches at Ban Ta-ngo school in tambon Marue-ok, was shot four times by a motorcycle pillion rider while she was on her way from the school to her house at about 6pm.

Witnesses told the police that the teacher was travelling on her motorcycle alone without military protection because she had finished work later than normal.

Chatsuda was the 155th teacher killed since the southern violence flared in 2004. Her death came less than a week after militants shot and killed Nanthana Kaewchan, 51, the director of Ban Tha Kam Sam School in Pattani's Nong Chik district, on Thursday. 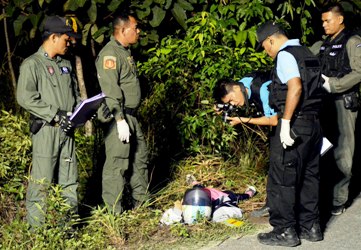