The house of Najmuddin Uma, one of Deputy Prime Minister Chalerm Yubamrung's advisers on the deep South, was attacked with two grenades early Monday in Narathiwat's Rangae district, police said. 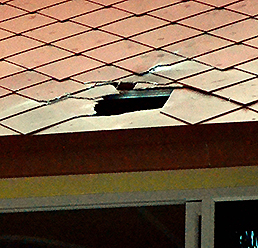 Pol Lt Somboon Sakhon, a duty officer at Rangae police station, said the M-79 grenades exploded and blew large holes in the roof and the ceiling.

The windshield of a car parked nearby was damaged by debris.

Mr Najmuddin, one of the nine members of the Wadah group, told police that loud explosions at the front of the house woke him from his sleep.

Investigators said it appeared two men on a motorcycle fired the two M-79 grenades at Mr Najmuddin's house and then fled.

It is the second attack on Mr Najmuddin's house in just over a year.

Not long afterwards, two bombs were found in front of Yala Technical College on Monday morning.

About 5.30am Yala police received a report of a suspicious package having been found outside the college.

A team of police and an explosives ordnance disposal unit were dispatched to the area and found two home-made bombs, weighing about two kilogrammes each, inside a metal box.

The EOD unit defused the explosives. They had been set to go off at 7pm on Sunday but did not detonate because the circuitry was faulty, police said.

Police said a municipal cleaner found the metal box while sweeping the street outside the college.

The woman called police after noticing suspicious objects in the box and wires going to a mobile phone. 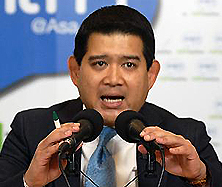 Chavanond Intarakomalyasut, spokesman for the opposition Democrat Party, said the number of people killed in the far South had soared recently, despite the start of peace talks between the NSC and the BRN.

"There were 20 more civilians killed in March, and this does not include the loss of a marine private [Pvt Ma-ila Tohlu], the death of the Yala deputy governor [Issara Thongthawat] and a southern administrative official.

"The level of violence in the South is increasing and the government is not tackling the problem in the right way,"  Mr Chavanond said.

He said Prime Minister Yingluck Shinawatra and NSC chief Paradorn Pattanathabutr should stop saying that peace negotiations will continue and that the regional violence is normal.

"The situation in the far South is not a playground for the NSC to play about with or to experiment with," the Democrat spokesman said.

He also demanded Ms Yingluck resign if she could not make her deputy, Chalerm, obey her instructions to visit the southern border provinces.

"The premier should reconsider her position if she has no power over her deputy," he said.

Mr Chalerm, who is in charge of efforts to end the unrest in the three southernmost provinces, has never visited the far South of Thailand, and has found reasons not to go even after being ordered by the prime minister.