Thailand and Myanmar agreed on Thursday to revitalise the Dawei project by allowing Thai business firms to play a bigger role in the much-delayed special economic zone scheme. 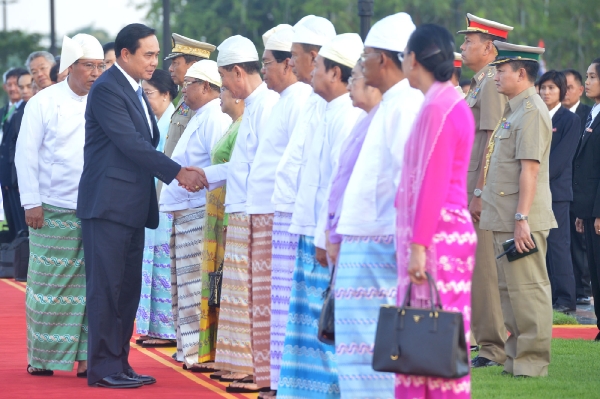 The issue was discussed in talks between Prime Minister Prayut Chan-o-cha and Myanmar President Thein Sein in the Myanmar capital Nay Pyi Taw.

The two countries will given impetus to the mega project - which includes a deep-sea port - after Gen Prayut mooted the possibility of Thai investors joining the project and developing infrastructure, the Thai News Agency reported.

Thailand is keen to press ahead with Dawei in tandem with Japan as a new joint developer.

The firm has replaced Italian-Thai Development Plc, which received the original development concession from the Myanmar government in November 2010 but failed to kick-start the scheme.

The two countries also agreed to expand ties in the ''partnership for security and development'' with pledges to crack down on drugs, regulate migrant workers, clamp down on human trafficking and develop border areas to increase trade, investment and jobs.

Mae Sot district in Tak province will be set up as a special economic area and used as a model for other areas.

Gen Prayut made his first overseas visit to Myanmar as the country holds chairmanship of the Association of Southeast Asian Nations.

The Thai and Myanmar leaders also witnessed a ceremony for twin-city agreements signed by the governors of the sister cities of Chiang Mai and Kentung, Prachuap Khiri Khan and Myeik and Ranong and Kawthaung.

WASHINGTON: The assassination of a top Iranian nuclear scientist, which Tehran has blamed on Israel, risks not only sharpening tensions across the region but also severely complicating plans by US President-elect Joe Biden to resume dialogue with the Islamic republic, analysts said Saturday.

BELGRADE: Not enough beds and not enough doctors: a skyrocketing coronavirus caseload is pushing hospitals in the Balkans to the cusp of collapse, in chaotic scenes reminding some medics of the region's 1990s wars.

LOS ANGELES: A mysterious metal monolith found in the remote desert of the western United States, sparking a national guessing game over how it got there, has apparently disappeared, officials said Saturday.

No end in sight